CD: FRANKIE LYMON AND THE TEENAGERS 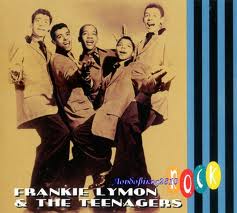 ‘NOT A
JUVENILE
DELINQUENT:
THE FRANKIE
LYMON STORY’

“Boys and Girls, this is my story
and may I add, all of my glory…”
(“I’m Not A Juvenile Delinquent”)

A trial run for Danny & The Juniors, the Jackson Five, for Musical Youth, the Osmonds, New Edition, and probably even New Kids On The Block too, Frankie Lymon with The Teenagers was the Rock era’s first and most incendiary prepubertal star. With Rock ‘n’ Roll even younger than he was, and the term ‘Teenagers’ itself still a slightly edgy buzz-word – although they didn’t say ‘buzz-word’ back then, Frankie co-wrote and scored the group’s first multiple-million seller in 1956, aged just thirteen. They arrived back on the chart soon after with “I’m Not A Juvenile Delinquent”, “I Want You To Be My Girl” and “Baby Baby” from their movie cameo in Alan Freed’s ‘Rock Rock Rock’ (1956), in which their name is billed above Chuck Berry, the Moonglows and Connie Francis. ‘It’s easy to be good / it’s hard to be bad’ Frankie pleads in the clip, posing with hands clasped beneath his chin as if in prayer, his eyes raised to the ceiling.

High on a success-wave the Teenagers toured Britain, the youngest act to appear on the Royal Command Performance at the ‘London Palladium’, they were mobbed at the Liverpool ‘Empire’ in March 1957, then the Teenagers (post-Frankie) returned to the States to sing over the end-credits of Steve McQueen’s sc-fi trash-shocker ‘The Blob’ (1958).  Frankie Lymon’s career was effectively over by the time his voice broke. Following a failed solo-career launch, he was busted as a forgotten junkie has-been less than a decade later. And was found dead of a heroin OD in a friend’s West 156th Street Harlem apartment on 27th February 1968. He was just twenty-five, leaving an ultimately tragic, less than edifying life-CV.

But although he was no longer around to benefit, as the infancy-years of Rock were reappraised, re-evaluated and academically excavated, his star steadily re-ascended. His first and greatest hit – “Why Do Fools Fall In Love”, survived chart make-overs by the likes of the Beach Boys, Petula Clark, Alma Cogan and Diana Ross, until its unlikely requisitioning as a Persil TV-ad eventually prompted the original 1989 issue of this compilation . That at least proves some kind of enduring longevity, even as the three widows from his three dubiously-documented simultaneous marriages – to Emira Eagle Lymon, Elizabeth Waters and Zola Taylor, were fighting it out in the New York courts for his more material legacy, for the status as legal heir to the still-accruing back-catalogue royalties. 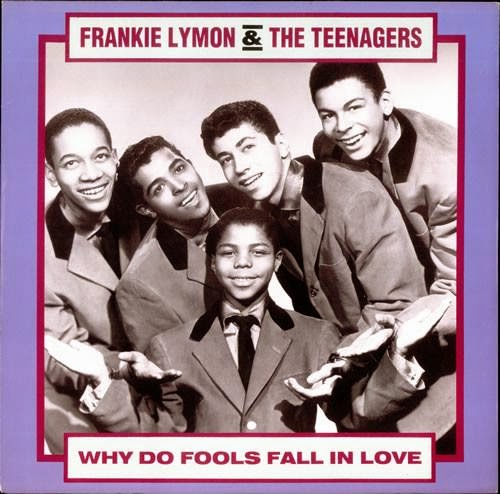 Elsewhere, surviving original Teenagers’ Jimmy Merchant and Herman Santiago, were also filing their own 1987 suit against Roulette Records for their disputed slice of an estimated $250-million coined by “Why Do Fools Fall In Love” since 1980 alone! But this album celebrates the sheer bight-eyed joy of the moment before junk and litigation could exact their tedious toll. These are contagious flights of Doo-wop delights designed to be spun at 78rpm, isolated in time by each energetic gem of deep-bass bomp or acrobatic ‘Ooh-wah ooh-wah, ooh-ooh-wah ooh-wah’ falsetto swoop. A sound almost as luminous as Frankie’s big open grin on the sleeve-shot, or the five-piece in roll-necks emblazoned with a big ‘T’ – for Teenagers. If pure vocal zest could be distilled and bottled it still couldn’t match the incredible energy compression of “Baby Baby”, its exuberant tricksy breaks and changes irradiating a furious mix of rhyme, rhythm, call and response that goes ‘say that you’re the one / two… BO-BO… three, four… BO-BO…’ at a breathtaking pace.

A black/Puerto Rican schoolboy combo picked off the Washington Heights’ 161st Street where they were using the acoustic properties of the tenement-block hallways and stoops to amplify their unaccompanied harmonies, talent-spotted by Valentines’ vocalist and freelancing A&R man Richard Barrett, the Teenagers’ chart-life was brief, and meteoric. There’s a story that pre-fame, Frankie supplemented his delivery-boy income with a little pimping on the side, even if that’s true the group were immediately thrown to the wolves in a world of far more predatory exploiters. Morris ‘the Octopus’ Levy, owner of Roulette Records, had Mafia-affiliations, regularly defrauded his artists out of royalties by claiming false-authorship of material he had not composed, and was subsequently sentenced to serve two concurrent ten-year prison terms for extortion, although he cheated justice by dying – in 1990, before doing time. Yet, the Teenagers were the first R&B group of the Rock generation to achieve a British no.1 single – for three weeks in July 1956. They provided inspirational role-models to artists as diverse as George Clinton and Bobby Womack. And Lymon infuses the stuff of certified euphoria into his emphatically pleaded ‘no no no no no no no no / no no no no no no no no’ denial that no, “I’m Not A Juvenile Delinquent”, then salvages the standard “Goody Goody” with some credibility – it was his last major chart entry from 1957. Oldies but Goodies, you bet! And surely it can’t be just coincidence that where the Teenagers quit the hit-parade with “The ABC’s Of Love”, the young Jackson Five would begin theirs with “ABC”…? 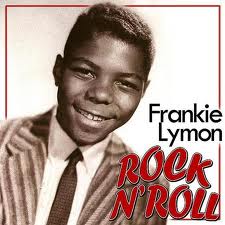