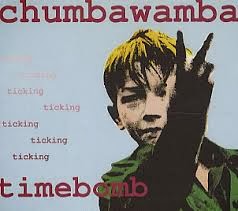 I CAN’T BELIEVE
IT’S NOT NUTTER…

CHUMBAWAMBA
at ‘The Town And Country’, Leeds


Briefly, over the 1997 Xmas period, Chumbawamba were inescapable.
Their “Tubthumping” topped the world charts, no.2 in the UK,
no.6 in the USA, no.1 pretty much everywhere else.
But is their biggest song about just going out and getting binge-drunk,
or is it about the resilience of the Working Class, who
bounce back after centuries of exploitation and defeat?
There was always something special
about these Leeds anarcho-Punks… 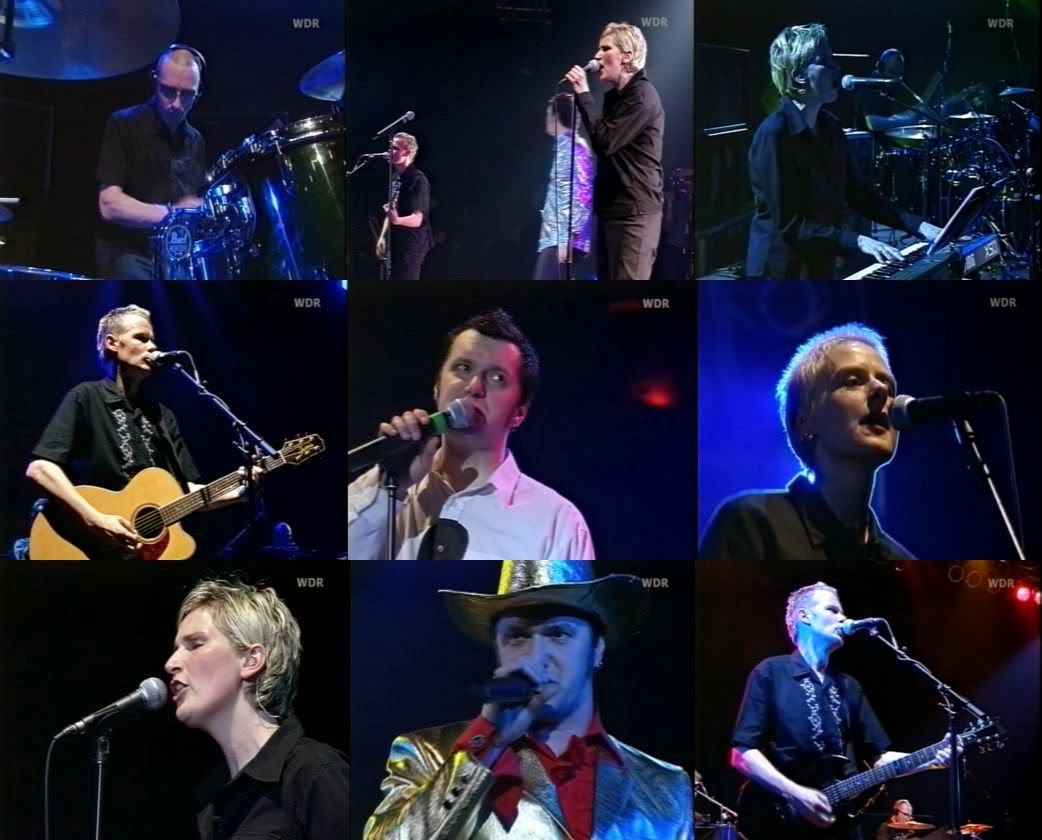 ‘After Bad Boys Inc and East 17 played here, the floor was strewn with discarded underwear’ confides Danbert Nobacon. ‘So if that happens tonight could you leave Calvin Klein and Giorgio Armani for me. Alice would prefer Marx & Spencer’s y-fronts.’ So much for Marxism. But when the rainbow alliance of Crusties, Scroungers, Punks, Hunt Saboteurs, Sisters Of Perpetual Indulgence, Counter-Culture Anarchists… and Leeds’ last remaining Mohican disperses this night there’s nothing left but a debris of shattered plastic ‘glasses’ and joint stubs from over-recreation in recreational drugs.

Ideologically they come from Crass and Poison Girls agit-prop, by way of the Mekons Folk-Pop, but the Chumba’s are now much much more than that. A radical cabaret of furiously enjoyable energies that also gets to be genuinely unsettling in places too. And for a band that claims to distrust Stardom and hates ‘every Pop Star that I ever met’, they’re remarkably Pop-literate. Alice Nutter, dressed like a debauched Nun, talks about shoplifting, ‘c’mon, be honest, you’ve all done it.’ Then they proceed to loot the vinyl Supermarket with deliciously insatiable cheek. “L-A-U-G-H-I-N-G” transforms the ironic consumerism of the Pet Shop Boys “S-H-O-P-P-I-N-G” into a barbed Swindler’s List of targets ranging from Morrissey to Pumping Smashkins, while elsewhere they blatantly lift from Abba, T Rex, Johnny Cash, and even Steve Stills (‘stop now, what’s that sound, everybody look what’s going down’ on “Timebomb”).

There’s an eight-piece line-up on stage. Vocals are passed around with admirable democracy, but they centre on Alice – a thinking person’s stick-insect. A one-woman work-out video in more costume changes than Ru Raul at ‘The Brits’. And Danbert – a kind of Jean-Luc Picard with a Bacofoil fixation. And at its best it’s incendiary. Drummer Henry’s attempts at Rap don’t work too convincingly, but keyboardist Lou’s crystal-sharp Folk clarity on the fine single “Homophobia” is a stark vindication of everything they claim to be doing. Written about a man ‘kicked to death on the streets of Bradford for his sexuality’ it attacks ‘the worst disease… you can’t love who you want to love, in times like these’ to a lethally intoxicating hook.

Then there’s the near-hits “Timebomb” and “Give The Anarchist A Cigarette”.

No cast-off underwear. But the best gig I’ve seen thus far this 1994. 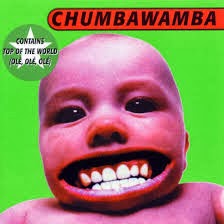 Posted by Andrew Darlington at 20:30