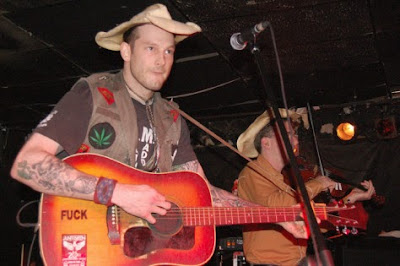 FESTIVAL REVIEW OF:
HANK WILLIAMS III,
WILT, and others
at LEEDS 2000, Temple Newsam


What do you do when you’re Elvis Presley III? When you’re John Lennon III? You can’t escape it. Die alone in a roach-infested squat and they’ll point you out. Wear a smart suit and red braces and be a computer consultant and they’ll still point you out. Might as well go with it. Form a band. Whatever name you choose it’s still going to be your band. So you might as well use your name. So when Shelton Hank Williams III bellows “1-2-3, 1-2-3” it’s both a count-in to a solid wedge of jagged noise called “Turn You Down”, and also a defiant statement of his personal genealogy. But with titles as poetically apt as “Fuck You Motherfucker” he’s more amped-up than either of his predecessors could possible envisage, think Thrash-Country or C&Metal. While he may wear a Death’s-head T-shirt with a single braid of hair down his spine, and front a band with guitarist Dwayne from the Jesus Lizards, plus an audibly effective stand-up bass and a bald fiddle-player on a skeletal violin, it’s impossible to escape the ribs of some damn good stories beneath the volume.

But then, this is a strange event. In another tent Shack are doing a note-for note replication of Love’s “The Daily Planet”. On the main stage Retro-Rockers Supersucker are doing Thin Lizzy’s “I Am Just A Cowboy”. Two refugees of Madchester – Clint Boon, who brings Tuba-Kid and Opera-Chick on-stage, does an Inspirals ‘Name That Tune’, while Stone Roses’ Ian Brown – with his excellent band and his musical ambitions far exceeding his vocal limitations, still attempts Hendrix’ exquisite “Little Wing”... and Utah Saints triumph over their computer meltdown by bringing on Soul veteran Edwin Starr for a euphoric “Funky Music”. Until, by way of comparison, Wilt come burdened by a less obvious weight of history and a manifesto pledge about nothing much more than ‘giving the Security Guys some work to do’, thus encouraging the already enthusiastic crowd surfers to even greater excess. Their first song tosses in lines about ‘my hand hurts, and my eyes get blurred’ – but hey, Rock ‘n’ Roll sonic abuse tends to do that to you. And while there’s probably something of the early Undertones in their bratty energy, after announcing a song called “Never A Friend” he adds ‘who cares?’, and he probably doesn’t. 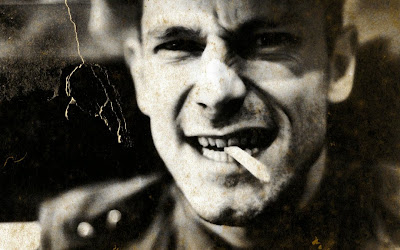 But Shelton Hank Williams III obvious does. He credits ‘Punk-Rock and Metal’, Black Sabbath and Nirvana as equally important inputs as Waylon Jennings and Hank’s I and II, and plays “We Buy It” short and hard by way of ‘paying my good respects to the Misfits.’ Apparently he also does a straight New Country set, but tonight he’s concentrating on the ethos of his ‘This Ain’t Country’ album (recorded 2003, but unissued until 2011 as ‘Hillbilly Joker’), with no compromise. Slurping from a paper cup of the sponsor’s beer, and temporarily hefting a battered scratched acoustic he does “Hanging On”, a song about some guy ‘doing speed’ and “Now He’s Dead”, and another called “Sweet And Addictive”, inoculated with all the diseased terminal romance his name would suggest. ‘1-2-3, GO GO GO!!!’ Pass the lyric sheet please. 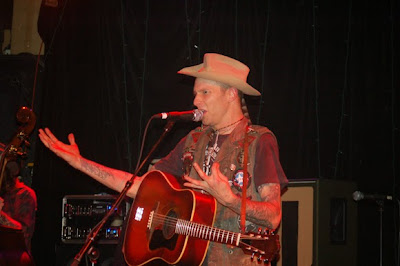 If you are looking for a good contextual advertising company, I suggest that you have a look at PropellerAds.