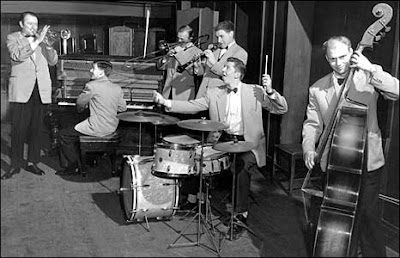 HUMPHREY LYTTELTON:
‘AS GOOD AS IT GOT’ 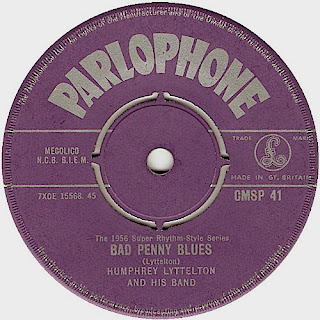 When you hear Humphrey Lyttelton’s “Bad Penny Blues” you’re hearing the source of Paul McCartney’s piano-riff for “Lady Madonna”. Of course, Humph was there, part of the British jazz scene since the mid-forties as trumpet player, occasional clarinettist, bandleader, broadcaster, raconteur, writer, relentless propogandist, and as a catalyst of changes. But more than that, he was a continuity around which popular culture swirled as it evolved, surviving – and thriving within currents that swept lesser jazzmen to obsolescence. Beginning as a staunch traditionalist – at a time when there was no tradition of jazz in Britain, and when American jazz was already sophisticating into Be-Bop, his greatest affections lay with New Orleans bands, and Louis Armstrong in particular.

Born in ‘a small house in the Eton High Street’ on 23 May 1921, an ex-Eton public schoolboy, Humphrey Richard Adeane Lyttelton scorned the establishment expectations such credentials might suggest by bunking off from an Eton-Harrow match to buy his first trumpet in Charing Cross Road, compounding the tendency by attending Camberwell Art College, growing a hipster beard, and becoming a focal point in the post-war traditional jazz wave. His forthright playing first attracted serious attention as part of the pioneering George Webb’s Dixielanders, their line-up modelled on King Oliver’s Creole Jazz Band. By the time Humph joined – in 1947, they’d already reached widening audiences through live radio broadcasts.

When Webb broke up the band Humph assumed control of its remnants, remodelling it into his own first band during January 1948, gathering other future-bastions of UK trad – including Webb himself, clarinettist and cartoonist Wally ‘Trog’ Fawkes in 1951 – announced by the track “Humph Meets Trog”, and later, Kid Ory-influenced brothers Keith and Ian Christie on trombone and clarinet. Just as Cyril Davies and Alexis Korner would do for blues, he – and the likes of Ken Colyer, faithfully attempted to replicate the sound of carefully hoarded and shared American 78rpm recordings. And the double-CD set ‘As Good As It Gets: The Original Jazz Recordings 1948 - 1956’ (2008) shows the band drawing on archive material from Kid Ory (“Get Out Of Here And Go Home”), WC Handy (“Ole Miss Rag” and “Careless Love”), and King Oliver (“Working Man Blues”), and yes – there’s a quaintness about them that requires a great deal of historical perspective to appreciate. 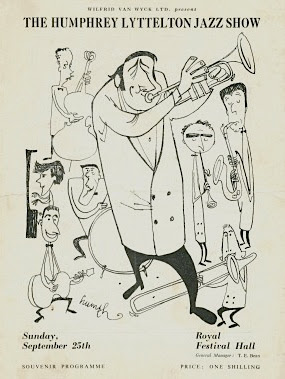 Yet there’s also early evidence of Humph’s own compositional flair, taking those roots and reconfiguring them. Humph’s lusty original “Mezz’s Blues” most obviously picks up from their recording of Mezz Mezzrow’s “If You See Me Comin’”, and runs with it. And while these recordings demonstrate the strength and blowing power of their conviction, the band’s July 1956 single “Bad Penny Blues” even scored a top twenty hit – a first for jazz, some time before the Kenny Balls and the Acker Bilk’s of the Pop Trad Fad. The record was produced by IBC studio engineer Joe Meek, standing in for Denis Preston. And as a further notable first, it was Meek’s innovative idea of mixing Johnny Parker’s catchy piano riff to the fore, to Humph’s original disapproval, that put the disc into the same chart as Elvis Presley’s “Heartbreak Hotel”. A young Paul McCartney was taking note of both records.

Lyttleton’s horizons broadened through the 1950’s, modernising further, grasping more mainstream zones with both hands, much to the dismay of trad purists – ‘musicians interest me more than formats’ he told ‘Melody Maker’, drawing in the influence of Buck Clayton – who later guested on one of Humph’s most accomplished albums ‘Me And Buck’ in 1963, and earning respect by taking his band to the States in 1959. For Humph, what was happening was ‘just time. Time for the fans to find out what was going on under their noses. Time for musicians to mature. Time for jazzmen to establish their own identity and not base their playing on their American counterparts.’ 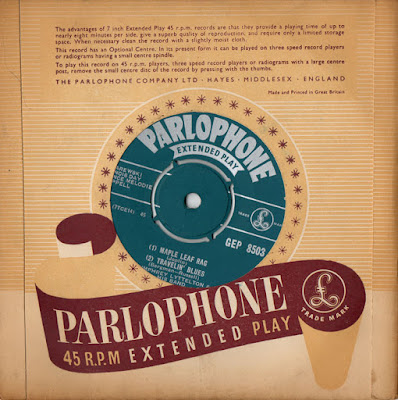 Humph’s cavernous ‘London Jazz Club’ at 100 Oxford Street was meantimes providing a fertile and prestigious venue for the likes of the Chris Barber Band – with Lonnie Donegan on hand to ignite the Skiffle boom, at a time when jazz clubs were viewed as vaguely disreputable bohemian dens of beatniks, CND cells and radical left-wing politicos. But he was always more ‘hot jazz’ than he was ‘cool’. From 1953 the freewheeling alto of Yorkshire-born Bruce Turner added a more muscular dimension to the Lytteltonians, while newer musicians such as saxist Tony Coe, Alan Barnes, and tenor-player Jimmy Skidmore featured on Humph’s 1959 highpoint ‘Triple Exposure’ album (re-issued in expanded CD form in 2004). A further more frivolous Pop-culture connection was provided by the launch of BBC radio’s Light Programme ‘Saturday Club’ on 4th October 1958 for which Brian Matthews presented every significant name of the era, from the Beatles on down. The show’s theme was Humph’s swinging “Saturday Jump”. Ironically, as the sixties hit its groove, Trad was effectively eclipsed by the Rock groups the programme showcased, although that sideways shift conversely liberated Humph to produce yet more diversely interesting music. 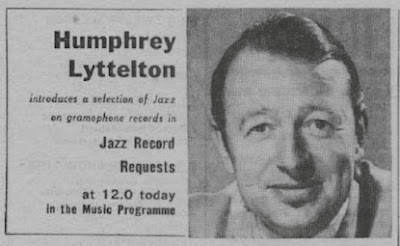 Respect for his track record legitimised an interaction with a newer more radical generation of jazzers, with Ray Warleigh’s alto and John Surman’s baritone added to the nine-piece line-up assembled for his ‘Duke Ellington Classics’ album for the Black Lion label. Helen Shapiro and Elkie Brooks were also vocalists with the Lyttelton bands. But he was just as adept at slipstreaming back to guest with the Alex Welsh Band during the early seventies, then recording his own ‘Take It From The Top’ (1975) which stands as one of the finest albums of his long career. It showcases his remarkable capacity for refreshing the classic swing format while finding new ways of expressing old musical truths, coming up with fresh ideas and new takes on old favourites. Retaining his loyalty to the musicians who’d first inspired him, his long-running (1967-2007) Radio Two ‘Best Of Jazz’ evidenced his ease with looser definitions too, and a wider respect for jazzers across the whole genre spectrum. And beyond. With a new century he was not above collaborating with Radiohead, contributing to their ‘Amnesiac’ track “Life In A Greenhouse” (2001). 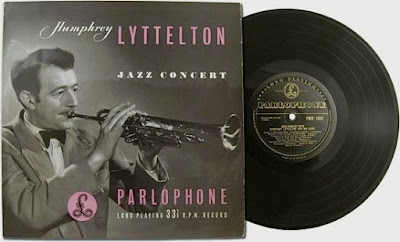 Amiable, self-deprecating, with a wickedly deadpan sense of humour – a ‘rumpled dandy’ in Melyvyn Bragg’s phrase, he also authored witty, perceptive and authoritative books about the jazz he loved, in the autobiographical ‘I Play As I Please’ (MacGibbon & Kee, 1954), ‘Second Chorus’ (MacGibbon & Kee, 1958), and as an elder statesman, ‘Take It From The Top’ (Robson Books, 1975) and his ‘Best Of Jazz’ compilation (Robson Books, 1998). In the midst of all this, it’s important to recall that when he started out there was no real tradition of jazz in Britain, by the time he died – on Friday 25 April 2008, there was a creatively rich, diverse and internationally respected British jazz scene. The fact that this is so, is in no small part due to the continuity of his own lasting contribution. Of course, Humph was there. 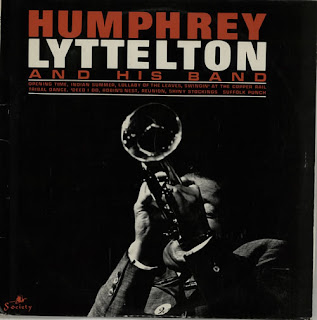 Great piece! But I think you'll find that's Jimmy Rushing, not Louis Armstrong in the picture.

There is SHOCKING news in the sports betting world.

It has been said that every bettor must watch this,

Not easy to stop SPAM posts on your blog is it..
Nice post on Humphrey Lyttelton ... check "gonzosoundz" for Best of Jazz recordings