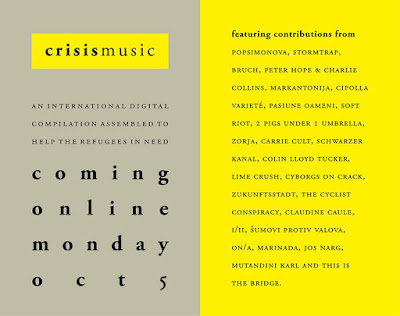 ‘All that I ask is that for peace,
you fight today, you fight today
so that the children of this world
may live and grow and laugh and play”
(The Byrds – “I Come And Stand At Every Door”, 1966) 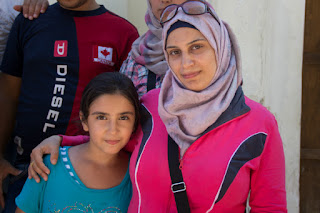 Crisis music for crisis times. We’ve seen the TV-blurts. A tarpaulin shanty on Kos waste-ground, a sharp clear-eyed girl maybe ten, no name, no number, speaking to camera about her family’s escape from the escalating horror of Syria, her calm articulate intelligence reaches out to grab you, before the prying lens-attention switches on to the next item. Where is she now, as laser-wire checkpoint barriers erect across Europe, and fresh corpses wash up on Med beaches? In the spaces between her words, the story hurtles on. Meanwhile, ‘Crisis Music’ is ‘An International Digital Compilation Assembled To Help The Refugees In Need.’ 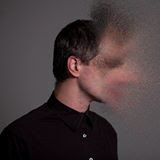 The charming and very civilised Ivan Antunovic is speaking from Croatia. From his ‘Small Doses’ fanzine through his essential 0.5 online page, he’s a connoisseur of all things audio-experimental and electro. He narrates the project’s history, ‘I actually curated this donation-based compilation, asking friends from the music world if they’d like to contribute, and the response is way in front of you, with most of the material being exclusive on it, plus some of the material previously being released but now serving also a special purpose...’ He has an impressive roster of friends.

Popsimonova’s opening track “Speechless” is relentless minimalist electro, icily perfect, immaculately stoned from Croatia’s Lana Jastrevski. Ex one-half of DAF-influenced Dekolaž, now she’s her own creation. Science with synthesizers. Then there’s Stormtrap, who is Palestinian musician Abdel Hadi Hashem. His “Zikra” is a delicious noise, beautifully fractured. Followed by “All Hell Breaks Loose” from Bruch (Philipp Hanich), from Austria. Their album ‘My Name Should Be Trouble’ (2014) was a raucous Post-Punk Krautrock mash-up. But this is a previously unreleased track. A great Future-Pop sound, with an ‘Autobahn’ spine. An electric work-out for the mind and the body. 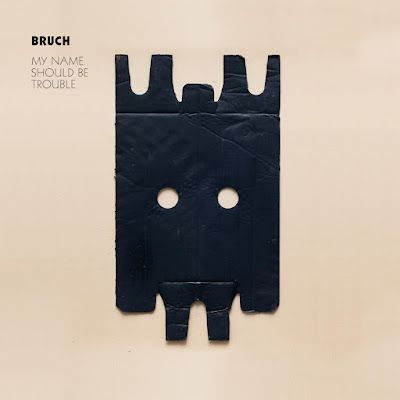 See the span? As a creative sampler from the edgier extremes of the Cosmic Groove, this album is impeccable. Sometimes recalling the electro-experimental 1980s of Mute or Factory, but carried over into new techniques and attitudes.

The next title is “Unconnected”, but Peter Hope & Charlie Collins go way back – all the way to Sheffield’s confrontational Box. Here, hissing noise-attacks, abrasive vocals and treated sax submerge in the mix, shimmering on unorthodox time-bends. No split decision about this one… they’re all positive…! According to Pete himself, ‘yes, Ivan asked me and I immediately agreed. The Syrian refugee situation is a disgusting situation brought about by greed, corruption and the Orwellian notion that war = peace. We actually recorded the track back in 2003, shortly before I left Sheffield to live in the Outer Hebrides. At this point I’d become very disenchanted with the capitalist/consumerist model that was dumbing down both education and media. ‘Unconnected’ (I don’t exist so I won’t be missed) reflects that feeling that social divisions are a tool to dehumanise and alienate people. The current world situation is very much a confirmation of that corporate political commodification of humanity. So, at last the track found its natural home…’ 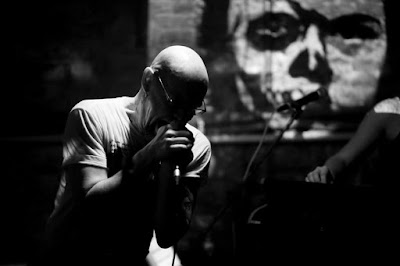 Ivan picks up the tale. ‘Digital-only, this album was assembled for the refugees in need – Syrian refugees included as the focus due to the sad crisis going on now in Syria, but considering there are various ethnic groups from the Middle East that were caught up in a war and had to flee, we all agreed to consider the context that will not focus on just one ethnic group alone…’

Through to final track “Take Control (Newsflash)” from This Is The Bridge – which is London-based Richard Anderson. ‘You’ve had your chance, but you failed the test…’ a repeatedly accusing voice, nagging synths, jumping bassline, whirl noises, samples of formless panic, and raw stripped-to-the-nerve boings always work for me. Production and remix from Iv/An ‘yes, I did a remix for This Is the Bridge’ admits Ivan. Enjoy the music. Enjoy the silence. It is in the perfect balance of the two we find greatest contentment. 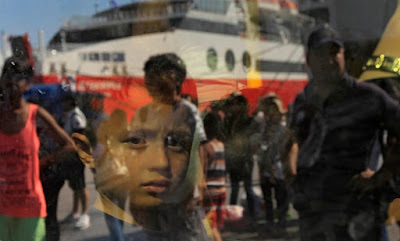 To mangle The Bridge, don’t fail this test. The Byrds track – selected and quoted here by Ivan, is adapted from a haunting poem by Nâzım Hikmet by Gene Clark for the Byrds ‘Fifth Dimension’ (1966) album, inspired by the Hiroshima atrocity event. It tells of the lost ghost presence of a seven-year-old child in search of peace. An echo of the sharp clear-eyed ten-year-old Syrian refugee girl in the tarpaulin waste-ground shanty on Kos. She also stands at every door, demanding our response. Linking ‘Crisis Music’ into a continuity of outrage against inhumanity. This album is a place where past, present and future meet and interact. The future is dead. Long live the future. You can – and should, download these tracks, as part of the entire compilation, for just €1.

From: http://crisismusicmmxv.bandcamp.com/releases
All proceeds go to the Austrian initiative http://www.thankyoumoreplease.at 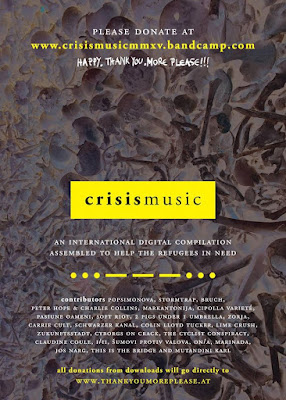 Posted by Andrew Darlington at 19:47

SwagBucks is a very recommended work from home site.

Get daily ideas and methods for making $1,000s per day FROM HOME for FREE.
SUBSCRIBE TODAY