Live: The Kinks In Leeds 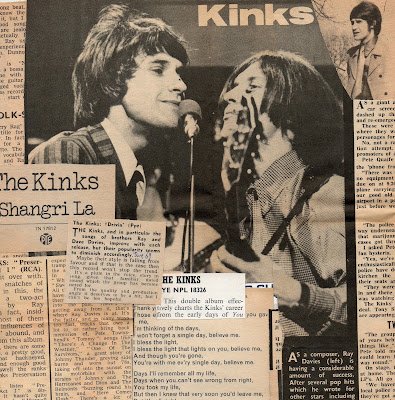 THE KINKS
live at ‘The Town And Country’, Leeds

Let’s take “Low Budget” for closer analysis – long, rousing, jagged guitar raunch. Ray Davies geysers a lager-bottle. ‘Sorry, I did the unforgiveable’ while foam-spraying the front crush. ‘I spilled the Heineken. I wasn’t to know. What’s wrong with Tetley’s?’ Tetley’s is the local brewery down the road. As the lurch lumbers on he’s shaking his bum grotesquely at the audience, lifting his trousers to reveal Union Jack socks. Kinks-literate TV viewers will know that he donated his matching Doc Martin’s to a fan on Chris Evans ‘Don’t Forget Your Toothbrush’. He balances the lager bottle on his head. Then feigns harmonica until he gets bored with doing that. So he stops and addresses the audience direct. ‘How’re ya doin’ Chief?’ He side-glances at brother Dave with a cartoon nod, ‘I worry ‘bout this boy.’ And all the while the riff roars and the lyrics run ‘I may look like a tramp, but don’t write me off.’ Tonight, Ray Davies is a tramp shining. As “Low Budget” finally crashes to a halt he shields his eyes from the spots and asks ‘you people upstairs OK? I worry about them too.’

Raymond Douglas Davies will be fifty-years-old this 21 June. The Kinks debut single (“Long Tall Sally”) appeared just over thirty years ago, with their first no.1 (“You Really Got Me”) following it in September of that same 1964. A band of such longevity simply should not be this much fun. Rock ‘n’ Roll seldom comes better. 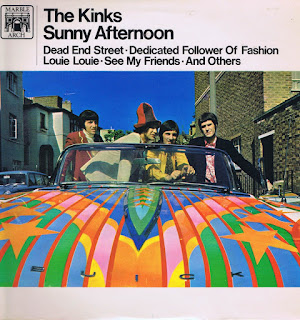 Solid support band Nine Below Zero open with thick wedges of Pub R&B and a drummer in a Muddy Waters ‘T’-shirt. Mouth-harpist Mark Feltham wears his full Napoleon costume. Denis Greaves does “On The Road Again” and “Don’t Point Your Finger”, and they go down well.

Then this Busker slouches out in a check shirt and long grey perverts mack, his sleeves untidily scuffed back. He strums his way into “A Well Respected Man”. Ray Davies is (almost) unplugged, replaying his TV ‘Return To Waterloo’ cameo as a one-man band. “Autumn Almanac” is complete with its elongated ‘’cos the sun is all gorn’, then “Stop Your Sobbing” and “Sunny Afternoon”. It’s like he’s getting the sixties affectionately out of the way first, before the serious stuff. With “Dedicated Follower Of Fashion” he rasps his tongue out in mock-concentration and sings ‘round the boutiques, of old Leeds town’, then shrugs apologetically and adds ‘he’s doing his best.’

A full twenty Kinks texts follow. And each one tells a story. Dave Davies wields a vicious Fender with girlie legs up the strap. This man allegedly invented Heavy Metal with a single gloriously ludicrous solo of monumentally primal ineptitude. And he still defines the Kinks rawness and power. Ray’s quirky lyrical observations and character sketches matched into its huge loom. 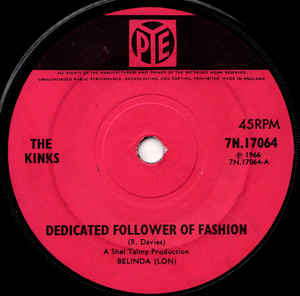 I’ve seen the Kinks err to Metal. I’ve heard them err to whimsy. Tonight the balance is near-perfect. “Phobia”, and “Wall Of Fire” from that same album (‘Phobia’, 1993), ram the band’s endless history through the blender. It comes out recharged and vibrant. “Welcome To Sleazy Town” is strung out on a long Blues introduction with Bump ‘n’ Grind dancers and Ray in his umpteenth costume change red tartan jacket and shades. The Oldest Wave of the Old Wave – and here in Leeds they slamdance to the Kinks.

“Days” starts off a-cappella with a touching sincerity. Like it’s a thank-you for all those days drawn out across all those thirty years of Kinkdom.

Before it impacts into a unexpected “Twist And Shout”. Dave holds his guitar out like a relic from Lourdes for fans to touch and be healed.

I swear I too was healed… 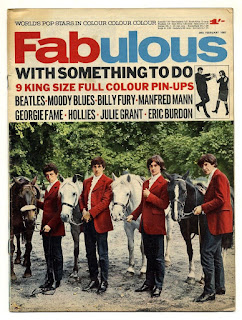 Posted by Andrew Darlington at 11:34