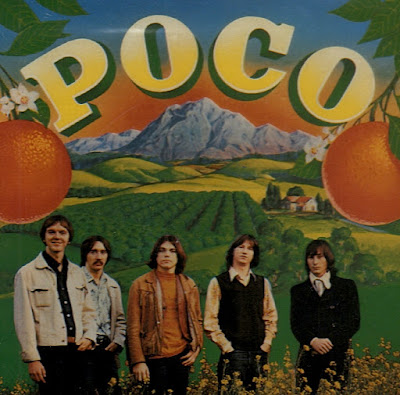 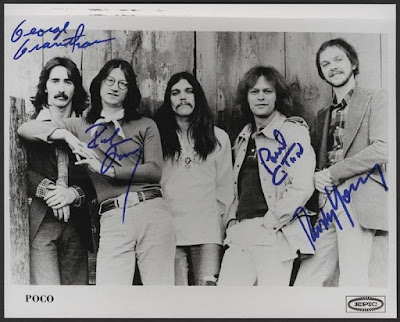 Poco are the special secret shared by those who used to devour ‘Dark Star’ and early ‘ZigZag’. A band with all the right Country-Rock credentials – founder Ritchie Furay was formerly the guy-inbetween Stills & Young in the mighty Buffalo Springfield, plus the bassist Jim Messina (later of Loggins &) and session-pedal steel protégé Rusty Young from the Buffs ‘Last Time Around’ (July 1968) finale. Massive in the States across some twenty low-charting albums and thirteen singles, they rarely took the trouble to tour Europe or play ‘Whispering Bob’s’ ‘OGWT’, and hence never achieved a commercial ripple over here. Unlike – say, the Eagles.

This nicely-packaged double-CD collects their first two complete vinyl 12”ers from mid-1969 and June 1970 respectively, pretty much confirming what we remember. Light, pleasant Beatles/Byrds harmonies picked out over Rusty’s sweetly sighing dobro. A soft touch of strings or surging horns (“Tomorrow”). Nothing too musically or lyrically heavy. Up-gearing into the mildly fuzz-tone Rock of “Short Changed”, before easing back into sprightly hoedown instrumental mode (“Grand Junction”). The second disc includes the catchy CSN-ish hit single “You Better Think Twice”, allied to the yearning Country heartbreak-schmaltz of “Honky Tonk Downstairs”, through to the extended (15:47 min) Latin percussion work-out “El Tonto De Nadie, Regresa”. I’d always assumed the band were named for the juvie Cowboy novel-exploits of ‘Pocomoto’ which I used to read at school. Apparently not. Apply within. But the sunshine honey-coated nostalgia vibe to their ‘sittin pickin and a-grinnin’ is real. But then of, course, these sides arrived some time before their fondly remembered ‘Rose Of Cimarron’, and even longer since he became the Reverend Ritchie Furay… 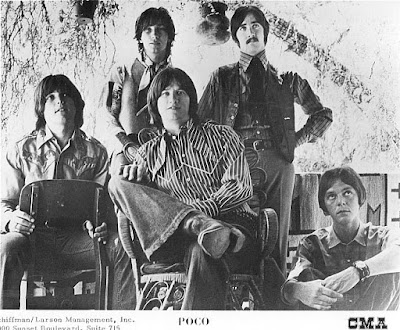 Posted by Andrew Darlington at 12:49