Book Review: 'A Year In The Country: Wandering Through Spectral Fields' by Stephen Prince 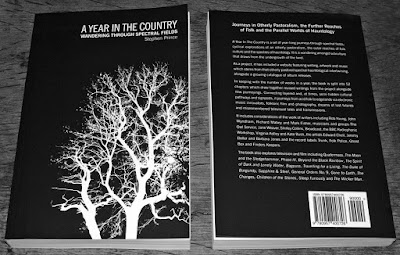 GOT TO GET OURSELVES
BACK TO THE GARDEN

Book Review of:
‘A YEAR IN THE COUNTRY:
WANDERING THROUGH
SPECTRAL FIELDS’
by STEPHEN PRINCE
(A Year In The Country) ISBN 978-0-9574007-2-6
Softcover. 336 pages www.ayearinthecountry.co.uk 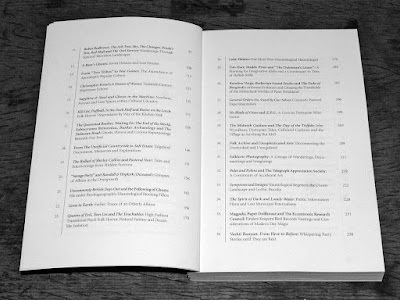 Gonna break out of the city, go up the country where the water tastes like wine… we all get that luring pastoral dream. Though Stephen Prince takes a more inner quest than a physical voyage. He divides his book into fifty-two week-by-week chapters, adapted from his blog, charting his own wanderings into arboreal mystique and folkloric roots, following the ley-lines of acid-folk and new wyrd. Spinning off from a series of niche esoteric CDs, and taking Rob Young’s ‘Electric Eden’ (2010) as touchstone, he imaginatively time-travels it all on our behalf, rambling the byways of revisiters, revivalists and otherly souls in new hauntological worlds.

He explains how it’s not strictly necessary to read the entries in order, but it helps to draw strands together if you do, as he considers such odd phenomena as ‘The Wicker Man’, Kate Bush, The Owl Service, Ghost Box Records, MR James and Tony Tenser’s Folk-Horror ‘Blood On Satan’s Claw’. Adding spectral misremembered Soviet Lost Futures, alchemical landscapes of recalibrated constellations and transfigured urban mythologies conjured from cult 1970s-TV and trash-movies. He maps possible worlds that never happened, the places society goes to dream. It’s all enduring strange, even though yes, we’ve got to get ourselves back to the garden. 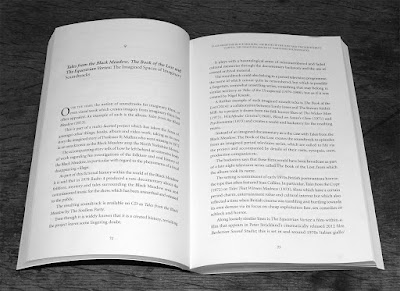 Posted by Andrew Darlington at 16:28