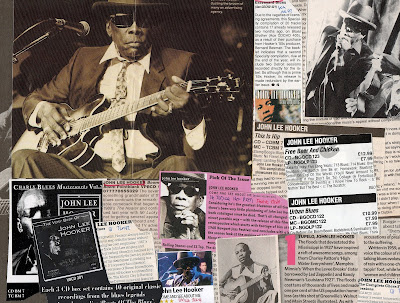 …AND NOTHING
BUT THE TRUTH

Blues Singers live tough lives, tougher than Music Journalists. John Lee Hooker is even scared to sleep beside his woman ‘cos she’s packing an ice-pick ‘neath her pillow. Perhaps she’s a Trotskyist? But unlike – say, BB King, whose Blues are all power, flash and verve, John Lee operates on an altogether more modest, more human level. His Blues have a beauty that’s more than skin deep.

The British Blues Boom was always something of an absurd concept, replicating prized vinyl in ways that its precursor – the 1950s Trad Jazz scene, had done with an identical sense of missionary zeal welded to obsessive purism. Yet Cyril Davies, John Mayall, Alexis Korner and Peter Green hijacked black rhythms to their own devices and took their adopted American style in intriguing directions, until when the British Invasion began exporting the music back to its homeland the original artists were more than gratified by new ripples of enthusiasm directed onto their neglected back-catalogues. Young black record-buyers weren’t interested in the Old Guys, they wanted James Brown or Marvin Gaye. The story of the Rolling Stones finding Muddy Waters painting the Chess studio walls is probably apocryphal, but Keith Richards’ informed quizzing about the quirks of their scathing guitar technique, combined with the cash-flow royalties accrued by opening up new white market, rescued the career of a number of artists. That is true of John Lee Hooker. 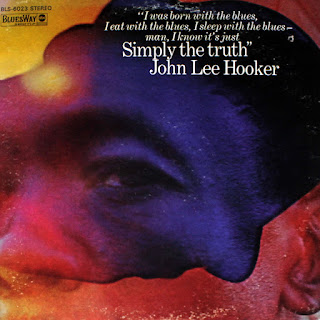 A share-cropper’s son from Clarksdale, Tallahatchie County, Mississippi, after playing in Memphis during his teens, Hooker became not only the biggest name in Detroit Blues but the one singer who broke out beyond the confines of its ghetto, with his big 1940s sides for the Modern label. His R&B no.1 hit “Boogie Chillen” – cut in 1948 and leased to Modern, is a seemingly spontaneous fusion of spoken-word and sung verses with sharp guitar gear-shifts. Then, it’s said, that his slight speech impediment inspired his 1963 “Stuttering Blues” hit, and – as that tale suggests, his profile is more subtle, less spectacular than the more grandiose guitar greats with whom he shared record labels. The ‘Hook’ was acoustic for the Folk-Blues revival – playing the Newport Festival, but electric since he signed to Chicago-based Vee Jay records with Clarence Carter producing. His raw erratic sometimes musically-illiterate playing and talk-singing made him a difficult proposition for sidemen to work around, they were frequently thrown by unplanned guitar fills and his growling disinterest in sticking to form. But when it gels, with the right rhythm section, with Eddie Kirkland or Eddie Taylor, it’s as good as Blues gets. 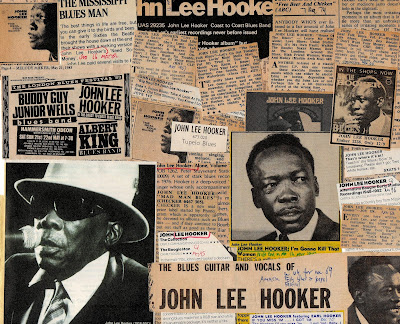 In the rare window of Blues-boom opportunity he grabbed a UK Top Twenty single in his own right with “Dimples” in June 1964. The Animals scored with his “Boom Boom” around the same time, while Hooker’s own charcoal-voiced original, what ‘NME’ called a ‘dirty, snatch-and-go story of carnal heat’ – when used to soundtrack a 1992 Lee Jeans TV-advert, returned him to the singles chart. The Doors based their “Crawling King Snake” on Hooker’s version. The ‘Boogieman’ shared vinyl with white Blues archivists Canned Heat on the 1971 double set ‘Hooker ‘n’ Heat’ (Liberty LST-35002), he scored a cameo role – playing himself, in ‘The Blues Brothers’ (1980) movie, and long-time admirer Van Morrison guests on Hooker’s 1982 MCA album ‘Tantalizing The Blues’. But John Lee’s REAL genius is for a more wilfully personal and wryly humorous bag of Blues. This album, ‘Simply The Truth’ – a pristine BluesWay reissue from 1969, illustrates to perfection why his rambling oddly-constructed irregular chord-sequence songs work so hypnotically. His minimally stark, near-atonal ‘hammering’ guitar style has Delta roots as deep as the Civil War, his loose – often autobiographical lyrics are spontaneously improvised with scant regard for bar structure. 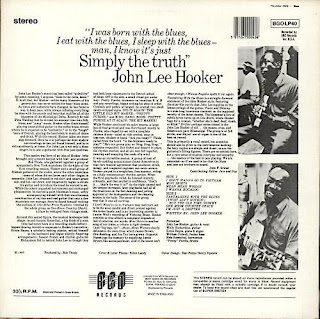 Whatever – it works, in the studio, the dark sombre story-telling instrument of his voice deftly reshapes vintage rural Blues tune ‘One Thousand Miles From Nowhere’ into a haunting slow-crawling “One Room Country Shack”, after which he trend-jumps a rumbling up-tempo electric “(Twist Ain’t Nothin’) But The Old Time Shimmy” with ‘grandma did it way back in olden days,’ then he loads “Mini Skirts” with swaggers of salaciously sly insight – his talking introduction chuckles infectiously about ‘tight skoits… so tight they can hardly wriggle, big legs too, you know,’ then he grabs the Protest Movement by its coat-tails on “I Don’t Wanna Go To Vietnam”. Instrumentation is raw and sparse, a deep slur of sound, with rhythms punctuated by heavily accentuated foot-beats. His deep talking growl is rich and explicitly expressive. His twelve-bars rarely consist of twelve bars. He even moans an early archetype for the Van Morrison duet called here “Tantalizing With The Blues”, over swelling organ and harmonica.

Blues Singers live tough lives. Hooker – ‘Mr Lucky’, lived long enough to enjoy the rewards of his celebrity. Defining classic Hooker is tough because his back-catalogue is so extensive, the ‘House Of The Blues’ (MAL 663) budget-price compilation which charted for Marble Arch in 1967 is still as near-definitive as it gets, just as the subsequent early-eighties Charly packages ‘This Is Hip’ (1980, CRB 1004) and ‘Everybody Rockin’’ (1981, CRB 1014) are as indispensible. As Tony Russell wrote in his obituary, ‘where other singers rhymed, he sang in blank verse; where other guitarists might skip through the changes, he would play entire songs on one or two chords; and where other blues veterans were fortunate to be rediscovered once, he bounced repeatedly from obscurity or semi-retirement back into the limelight’ (‘The Guardian’, 23 June 2001). But then, they don’t come much better than this album either, and that’s the truth – simply! 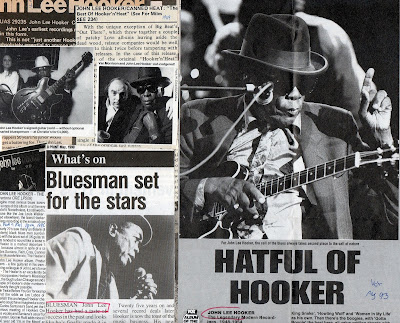 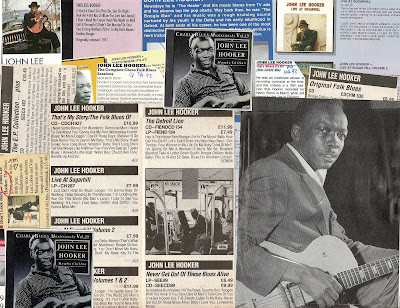 Posted by Andrew Darlington at 14:58

I want to share a testimony of how Dr OSAGIE herbal mixture cream saved me from shame and disgrace, my penis was a big problem to me as the size was really so embarrassing ,and i was also having weak erection problem i had so many relationship called off because of my situation,m i have used so many product which i found online but none could offer me the help i searched for Which was very painful and then i saw some few testimonies about this herbal specialist called Dr OSAGIE and decided to email him on so I gave his herbal product a try. i emailed him and he got back to me and we discussed, he gave me some comforting words and encouraged me also ans then gave me his herbal pills and cream for Penis Enlargement Within 1 week of it, i began to feel the enlargement of my penis, " and now it just 2 weeks of using his products my penis is about 9.7 inches longer and am so happy contact Dr OSAGIE via drosagiesolutionhome5 @ gmail. com Via whatapp +2348034778129.