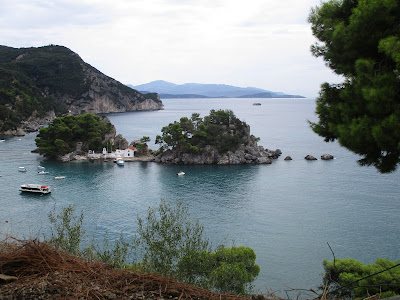 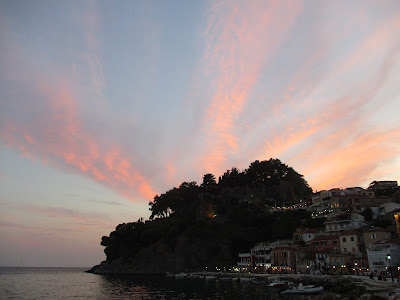 The Varkarolla festival celebrates the Pargans return home
from exile. It’s a patriotic event in ways that Brits no longer
do patriotism, but it’s a whole lotta fun too…
The woman on the next-door balcony says Lichnos Beach is just a twenty-minute stroll through the olive groves that scent the air, so we start out along the path, which soon becomes a dirt-track, then a steep trail marked only by red paint-spots on occasional stones up and up ever-higher to an ancient white church by a dry stream, where the path begins to descend the other side of the ridge towards the small cove of Lichnos Beach. In the full day-heat, it’s quite a hike. We take the water-taxi return instead. 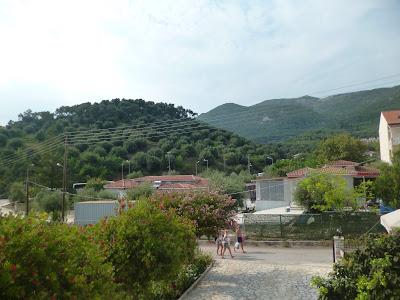 The Yannis taverna has a display of old pre-Euro drachma notes tacked behind the cashdesk. Some Greeks are nostalgic for the old currency. The balcony of our studio looks down on chickens strutting and scratting where olives bend low and local veg thrives. Barbara asks do we want tomatoes? I anticipate a gift of maybe half-a-dozen. She fills both my cupped hands with shiny ripe cherry tomatoes. Organic, because there’s no such thing as chemical fertilisers here, turned around neatly to natural advantage. Greece has come a long way. It has a broad fiercely-individualist anarchistic streak that I love. We could learn from their passion. If that translates into a disregard for central authority, that’s partly due to geography. Each island has its own distinct character, and a deeply-ingrained sense of self-sufficient autonomy. Loyalty to family, to community and island, if not necessarily to a government a hundred miles across the wine-dark sea. This is the way it was explained to me.

In 1963, the final pre-Beatles months in which Cliff Richard and the Shadows could confidently divide the British Pop chart between them, the movie ‘Summer Holiday’ was doing – embarrassingly enough, the year’s highest-grossing box-office returns. Long before Ken Kesey’s psychedelic Pranksters, Cliff and the gang (including Una Stubbs and Melvyn Hayes) took a converted London Routemaster bus on an all-singing all-dancing trip across Europe, through weird Balkan incidents and down into a virtually unrecognisable Greece. Cliff sings the achingly wistful heartbreak no.1 hit “The Next Time” using the Parthenon as a visual backdrop, long before mass tourism and European Union membership, and within years of the Colonel’s far-right military junta seizing power in a violent coup. Clubbers at Malia and Falaraki may not be entirely aware of all this traumatic history. 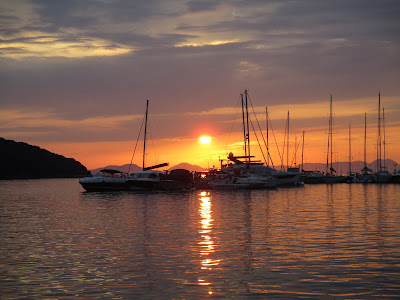 I’m talking to Spiro, who is not yet twenty-four. He loves Led Zeppelin and AC/DC. I argue back that surely there must be angry young innovative Greek musicians out there? Maybe a website operating from a basement studio in Piraeus doing startling new things. All it needs is that one breakthrough act. Jamaica was a miniscule player on the global musical map before Bob Marley. Swedish Pop didn’t exist before Abba. Aphrodite’s Child, with Vangelis was a long time ago, but they proved it could be done. No, says Spiro, not so. I think he’s wrong. Because there’s music in the cafés at night, and freedom in the air. 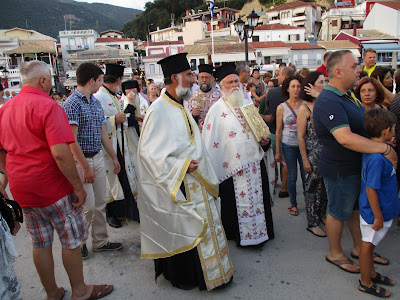 As the planet becomes less a place of awe and wonder and more a novelty theme-park, it’s reassuring that in the Epirus region of NW Greece they have the Kanaria Festival. Not a spectacle for tourists. Nothing to do with tourism. But just the procession of Orthodox priests in full regalia down to the harbourside, a group of willing assistants struggle beneath the weight of a hugely unwieldy religious painting, as others carry icons and elaborate Byzantine crosses. Precariously they transfer their sacred load onto small boats – not special boats, just the water-taxis and caïques used to reach nearby Valtos or Lichnos, or local fishing boats. With the huge painting shrouded in a bunting of decorative plastic flowers, eager volunteers help the most aged and venerated white-bearded priest across the hazardous step from jetty to gently-bobbing deck. A crush of the curious close in to catch every incident on iPhone and mobiles, as local police stand back tolerant but vigilant. Until the priests are arranged across the stern, in order of status. 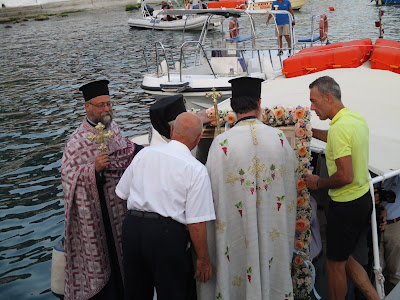 Then a slow flotilla – devoted to the Dormition of the Virgin Mary, moves out into deeper waters as every ship begins banshee-horns wailing and phoop-phooping in a celebration. Parga has its origins with the sea. The restaurants have every kind of seafood. Regular links to other near Ionian Sea islands, Paxos, Corfu, Lefkas, Kefalonia and beyond depend on Poseidon’s ancient realm. So it makes perfect sense to bestow blessings and thanks on the tides. Even in a time of wavering faith, observation is strong here, and for those lives dependent on the sea, why risk the chance? The flotilla circles the harbour, out around the Pavloukes islets at the harbour mouth as the first stars begin to appear above the castle, to land for celebrations on the Panagia mini-island. 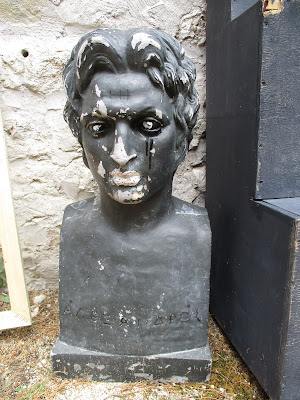 The Festival has a complex history. In 1401 an already ancient Parga came under the protection of Venice, who built the impressive castle on the rocky peninsula just north-west of the town, they rebuilt it in 1572 after the Ottomans destroyed it. Under constant threat of Turkish encroachment, following the decline of Venetian power first France and then Russia guaranteed the region’s independence. Until the British assumed protector status after the fall of Napoleon, and Thomas Maitland, High Commissioner Of The Ionian Islands, promptly sold it to Ali Pasha of Ioánnina in 1817, for just £150,000! Just can’t trust those perfidious Brits. We have a lot to answer for. 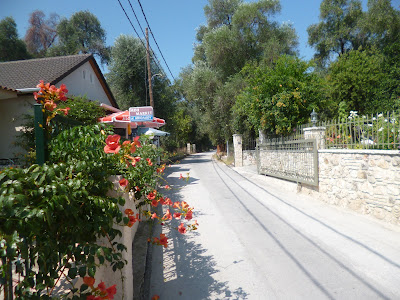 Originally from what is now Albania, although he became Ottoman regional administrator, the flamboyant Pasha had ambitions to carve out his own autonomous enclave. Byron visited Ali Pasha’s court in 1809, both repelled by its barbaric cruelty and impressed by the sumptuous oriental indulgences of its decadent sexuality. He could perhaps be excused, he was far from the only western outsider to be hoodwinked by its fleshy odalisque fantasy. The exoticism of the seraglio was a favourite subject for lush pulchritudinous Pre-Raphaelite art, as John William Waterhouse’s excuse for draping female nudity across canvas. Anyway, meantime, resenting the imminent prospect of Muslim control the local people undertook a mass migration to neighbouring islands on 15 April 1817 – even digging up the bones of their ancestors, and burning them so they could carry the ashes with them. The triumphant Muslims arrived to find Parga a deserted ghost-town. One hundred years later, after the fall of Ottoman power, the diaspora ended. The Varkarolla event celebrates the Pargans return home. 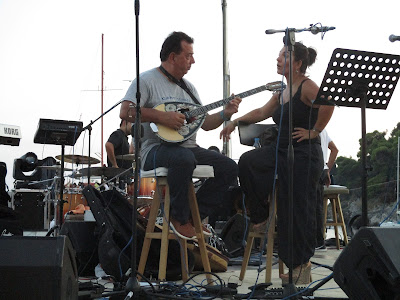 The harbour-front is thronged with a compressed good-natured mass of revelry, all the tavernas are full to capacity, and those with balcony-views fully-booked with marked-up reservations. Bizarrely, for an event so emphatically Epiran, it opens with Petros Antoniou drawing in Greek-flavoured Pop versions of U2 (“One”), White Stripes (“Seven Nation Army”) and even Robbie Williams (“Real Love”). Obviously designed as an inclusive invitation to seduce unwary visitors. After which things become more reassuringly Pargan, with the intoxicatingly dense textures of Teo Kokkoris and Konstantza Melidi. There’s a musical tribute to Greek-Albanian lyricist-poet Alkis Alkaios, a naturalised Pargan, who collaborated with Notis Mauroudis to create the ‘Embargo’ album, and zeimbekiko hit-song “Erotiko” (he died of cancer in December 2012) – followed by a four-strong patriotic reading of the history underlying the event, the Greek national anthem, and spectacular fireworks, until the Parga Orchestra close the event – with its own powerful Prog-Rock interpretation of Greek traditional music. 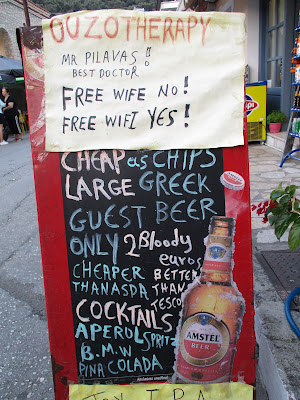 While Britain is going through its absurd Brexit contortions, Albania is awaiting accession into the EU. We talk to Aleksio, who works the ‘Costa Azul’ on Valtos beach as a waiter. Later on we happen to see him in a bar, and raise a glass ‘Yamas’. He takes that as an invitation to join us, pulling up a chair. Tall, with cropped greying hair, he’s serious and impressively intelligent. In Albania he’s a teacher. But during recess he can earn more per-hour slipping across the border to work the tavernas and restaurants of Epirus. We talk a lot, despite occasional language glitches. I tell him that it’s beholden on the richer countries to help the less fortunate. He says emphatically ‘no’. It’s up to the poorer countries to help themselves, through their own sweat and industry. As he is. He shows us photos of his children in Tirana. He is a powerful presence. His children will hopefully see more and better changes, in a more inclusive Europe.
But for now, there’s music in the cafés at night, and freedom in the air. 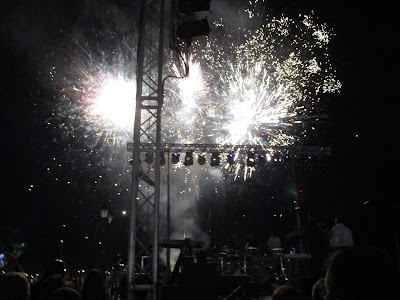 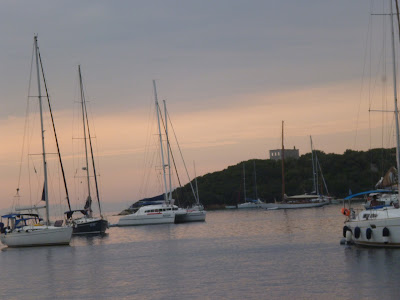 Posted by Andrew Darlington at 22:42