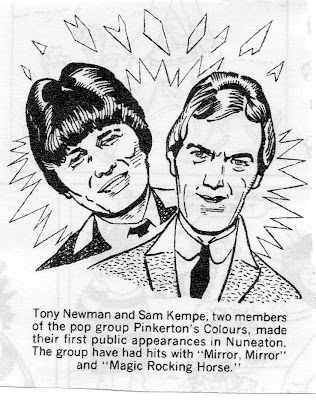 Posted by Andrew Darlington at 14:24

About this time I vaguely recall an 'all-nighter' at Burton Constable when Free, Soft Machine and various others played while I head banged to the sounds and oil lamps projecting on the walls. I lived in Bridlington at the time and cannot remember how I got there.
Recent request on Radio Humberside for memories of the night but apart from shameful dress of platform cork shoes and cravats and freedom from the 'old folk' at 14 years of age it's a bit of a blur really!

I was there. I think it was a pound to get in. The Amazing Blondell introduced themselves as the Vulgar Blondell and told rude jokes and brought LOADS of instruments out of tea chests
Iain

I'll bet you can't guess which muscle in your body is the muscle that gets rid of joint and back pains, anxiety and burns fat.

If this "hidden" most powerful primal muscle is healthy, you are healthy.