Poem: 'Thirty Seconds To The End Of Time' 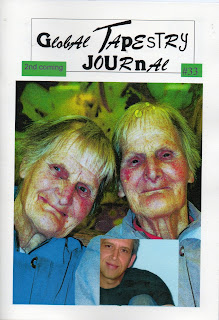 THIRTY SECONDS TO
THE END OF TIME /
‘A SCIENTIFIC ROMANCE’


we meet on the gallery steps
I haven’t thought of you in years, honest,
a poor correspondent, a poorer friend,
you’ll probably never get to read this, and
a dutiful historian never jumps to conclusions
so neither will I, but yes, such fragments stored…

gradually this thing refamiliarises,
the smoky kisses that fug my glasses,
the small gold rings that pierce your nipples...

some of us were artists, wrote poems or plays,
mostly we were layabouts, on the day it rained you
strolled barefoot down the Hyde Park pizza parlour,
surely you’ve not forgotten that?
it could have been worse, a night of dreams
confronting these ruins in slowness, instead of
this perverse archipelago of nostalgia in which our
medieval gryphons have flown, our unicorns paced,
manticores prowled away in the pterodactyl silhouettes
of golden cockroaches, and so many stone gargoyles
that it seemed the cathedral must take flight too, and
mermaids with the skin of petals lost in tragic affairs
who take a step towards the dark mirror
where the night moves in moonlight…

if all of this strikes you as fanciful, it’s
just an avalanche of memory seeping
into dark earth, half evaporated,
ignited by that meeting on the gallery steps,
dutiful historians never jump to conclusions
and you’ll probably never read this anyway
so none of it really matters, honest…