Cult Album: 'PEOPLE LIKE US' by THE MAMAS & THE PAPAS 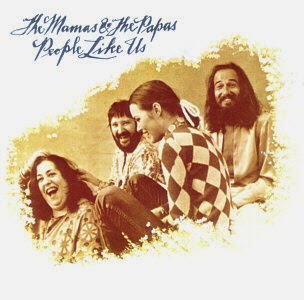 Album Review of:
‘PEOPLE LIKE US’
by THE MAMAS & THE PAPAS
(Now Sounds/ Cherry Red CRNOW 37)
www.nowsounds.co.uk

There are two possible interpretations of the album title. As in ‘People feel affection for us’. Which they did. Across the four mid-sixties albums that lazy critics term era-defining, their harmonies epitomise all that was most west-coast hip and sunshine-Pop groovy. In his scorching account of the times John Phillips reasons that because the Beatles started out crude, they had a long way to evolve. The Mamas & The Papas opened at a high point, so they had less distance to go. Which is probably right. But whichever way you read it, by the end of the decade they were pretty-much over. Cass was signed as a solo artist. John had his ‘Wolfking Of LA’ (1970) album. Michelle was off making movies and marrying Dennis Hopper, for eight days! And Denny was doing whatever Denny did. Until their label, Dunhill demanded their contractually obligated next album. Reluctantly, they got back together in the studio, although Cass maintains a low profile throughout, and tracks were sometimes recorded separately and only spliced together later.

Yet oddly, despite all these negatives, it’s a surprisingly strong set – their only album consisting entirely of originals. With an unobtrusively updated backing mix, a cool stew of shuffling rhythms and nudging bass. The title-track oozes syrup-sweetness, with Michelle and Denny under the influence of a love that creates ‘a magical space in the city’ where ‘a Dixie-cup becomes a chalise’. Sitar and flute add texture, as the steel drums do to “European Blueboy”. In his role as producer, John assembled a cream-team of Detroit and LA session players, Jim Horn (horn), Louis Shelton (gtr), Bobby Hall (drums) and Tony Newton (bass), who immaculately embellish both sides of the “Step Out” c/w “Shooting Star” single (a US no.81 in February 1972, Dunhill 4301) – a ‘let me fix your broken heart’ song flipped with the repetitively catchy didit-didit-didit ‘B’-side hook. The dancing sax of “Pacific Coast Highway” embellishes the tale of sweet hitchhiker Mary who ‘looks like a swan, but brown as Chuck Berry’. And the silky voices of “Snowqueen Of Texas” are light as cotton-candy, with a ‘boots of Spanish leather’ nudge at Dylan. Denny’s faultless clarity and Michelle’s frail fragility needs the grit that Cass had earlier provided, but here is noticeably underused. Either – officially, due to illness, or as rumoured, deliberately mixed low by a chagrinous John, jealous of her solo success. As a result, at times there are even Fifth Dimension traces – which is ironic given that they were M&P’s copyists to begin with. 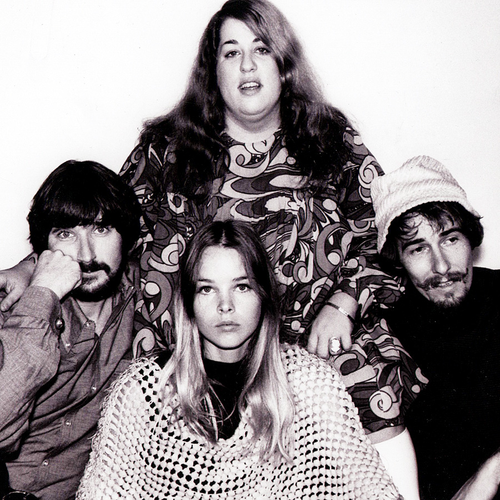 But the creative axis of the group was always John’s tortured relationship with free-spirited Michelle. “I Wanna Be A Star” is her pouty-Munro personal pitch for movie-fame, co-written by her with John. Then John tartly aims “Grasshopper” at his ex as a how-many-rhymes-can-you-find game – you cannot stop her, this show-stopper, you cannot top her, she told such a whopper! Meanwhile his ongoing romantic hook-up with spaced actress Genevieve Waite inspires the beautiful “Lady Genevieve”. One of John’s last truly great songs, its smooth high-gloss interweave contrasts with John’s raw acoustic demo included as a bonus track, its imperfections making it somehow truer. “No Dough” also comes in two versions, as a male-female conversation yearning for the simpler times before fame, wealth, hits and litigation complicated it all. There are elements of “Creeque Alley” and maybe “12:30” about its nostalgia for their low-rent Greenwich Village bohemian honeymoon. Other standouts include “Pearl” – a tribute-prayer for honky-tonk Janis Joplin named after Janis’s posthumous 1971 solo album, and based on the ‘first star I see tonight’ nursery-chant. Until closer “Blueberries For Breakfast” basks in ‘love in the afternoon, butterflies in my trousers, under the August moon,’ before breaking into spontaneous laughter that proves these sessions were not entirely joyless.

This expanded CD edition from Cherry Red/ New Sounds CRNOW37 adds both sides of John’s impossible-to-buy solo single “Revolution On Vacation” c/w “Cup Of Tea”, plus the throw-away not-trying-too-hard outtake “Fantastic Four” with a playfulness that maybe could have lightened the album, and the semi-autobiographical “Andy’s Talkin’ Blues” (demo). Yet in total this project proved, if proof was needed – that with the best motivations, the finest musicians, perfect harmonies that fall immaculately into place, and the cream of John’s best new writing – whatever they had, was no longer there. Its richly lush narratives sharply contrast the direct simplicity of earlier albums. They’d lost their ability to make Top 40 records. No matter how hard they tried, their time was slipping away from them. The other meaning of the album title – people who are similar to us, is a little ironic. By the album’s November 1971 release-date there weren’t many hippies left. Time had moved on. And the album barely scraped the bottom of the US hot hundred, reaching no.84. The ‘NME’ US correspondent reported the group’s re-union ‘…and therefore live dates would automatically follow’ (10 April 1971). They didn’t. Yet this valuable reissue provides a vital opportunity for reappraisal, and it’s well worth your time. 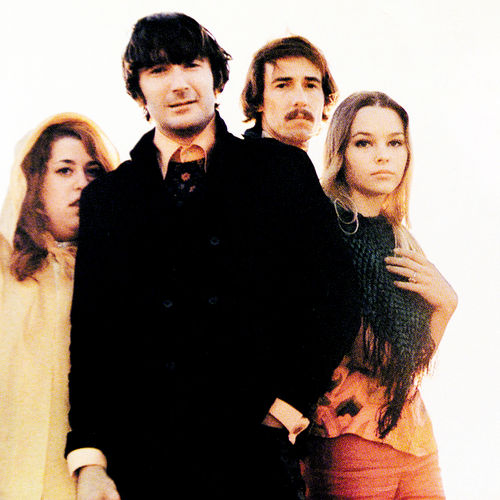 1971 was the heighth of the hippie movement but harder rock and singer song writers were their listening preferences by then.

Alternative mixes and re-mixes of some of the songs have surfaced over the years. I prefer the version called Honeymoon over No Dough, for example. A remix of the album was included in a box set that was made available ONLY in a public television fund drive over here in the States for a hefty contribution price. I missed this and, as yet, it has not been made available outside of that context. This is rather cruel to hard core Mamas and Papas fanatics like myself, not that I need another CD with California Dreamin' and Monday Monday on it! Anyway, I was able to hear sample snippets of some re-mixes. It was clear to me that Cass was in fine voice and it doesn't sound like sickness fully explains her subdued presence on the original album. I am not ready, however, to conclude that John Phillips was being petty either. There may have been other variables.

It's plain to see he purposely smothered Elliot's voice. Shame on him...

I remember Cass Elliot never participated in recording any of this but was there because Dunhill's Parent company ABC Threatened a Lawsuit if She didn't show up! So,she played Chess instead with her Nurse.