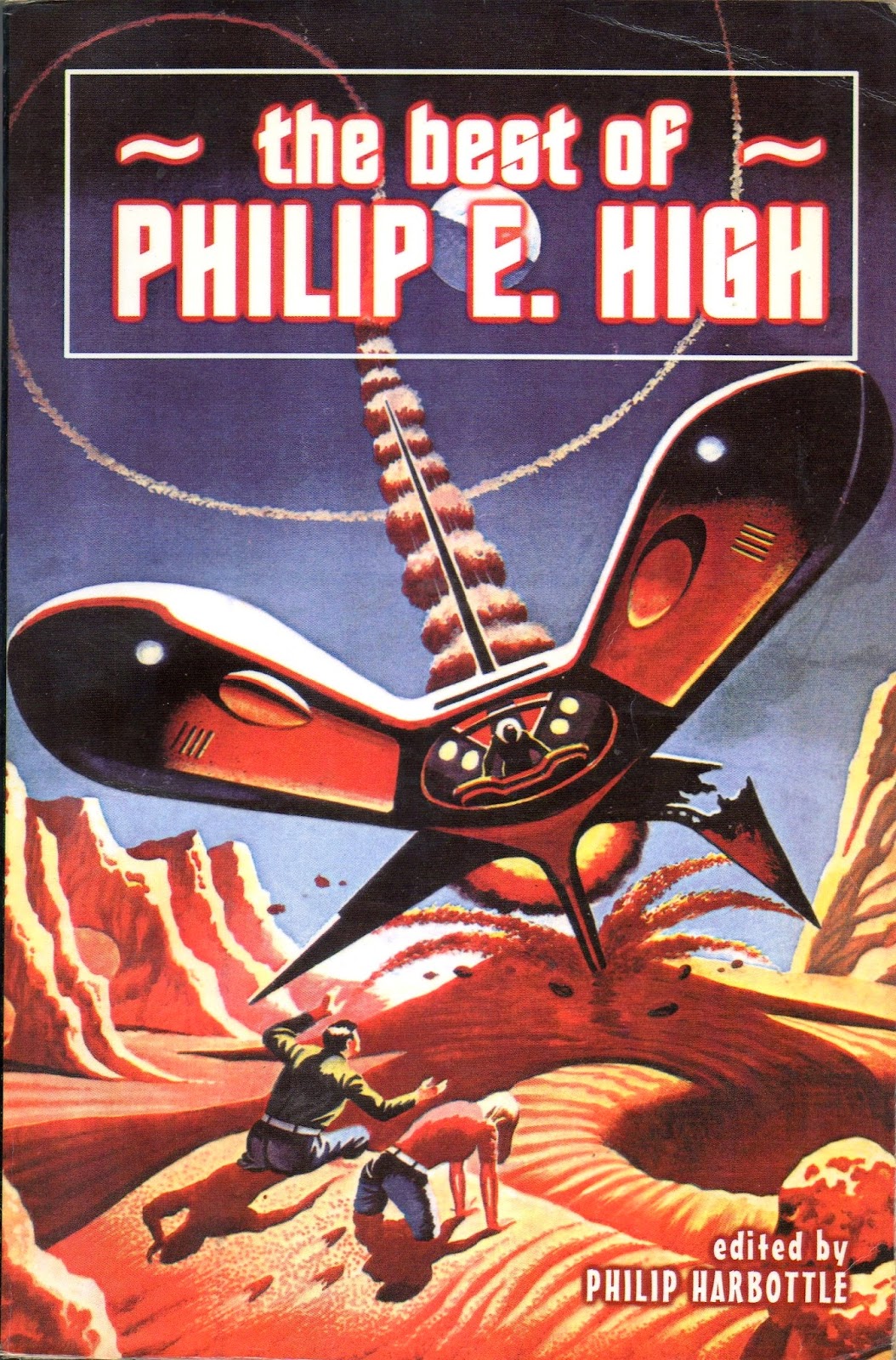 Of course, futures were different in those days. They use turbo-taxis and televids. They kill each other with viciously nasty hand-weapons called ‘Burners’ that chop victims in half to leave what bits remain black and unrecognisable. In fact, the first of the twelve stories in this stellar constellation originates as far back as November 1956, in the long-extinct ‘Authentic SF’ magazine. The cover of which – no.74, shows an exploration vehicle crawling the veiled surface of a Venusian desert, cat-tracks skirting warped rock formations melting molten into surreal shapes. Through to the final story, taken from ‘Visions Of Tomorrow’ (no.4 January 1970), with a formation of Eddie Jones mauve spacecraft weaving alien skies through green rock pinnacles and huge looming moons. Such magazines – along with their writers, editors and eager readers, obviously considered themselves tuned in to forward thinking. But what is such hard-wired commitment to future-technology without imagination? And – even in these way-back futures, Philip E High provides that element in abundance. His story “A Schoolroom For The Teacher” envisions an alien world with a single collective sentience pooled from its diverse but synergic organisms – a concept that resonates down much SF since, not least through Stanislaw Lem’s ‘Solaris’. Just as the hard-boiled crime-fiction basis of “The Collaborator” – where a corrupt human resistance force opposes incognito alien refugees who are benevolently manipulating their host planet, has brained-up connecting points all the way through to Gene Roddenberry’s dumbed-down ‘Earth: Final Conflict’. With its bonus of a faked Mars-landing that neatly prefigures the ‘Capricorn One’ movie.

I first encountered the fiction of Philip E High in my teens. But even by then – based in Canterbury and navigating star-lanes through his day-job as a bus-driver, he’d already moved out of the magazines plundered here, into crafting a cool dozen novels through the decades following their demise. And I continued to follow his work clear through to his subsequent amazing resurgence through the various editions of Philip Harbottle’s invaluable ‘Fantasy Annual’ series. Yet my appreciation for his fiction has only increased across the intervening years. Of course, all those 1950’s futures glimpsed through these lost issues of ‘Nebula’ and ‘New Worlds’ – salvaged here complete with their original blurbs staccato with atmospheric promise, were different. But not THAT different. They smoke endless cigarettes. They use dial telephones. But while we now agonise over the introduction of GM species, in 1957 High was already using swarms of genetically-modified locusts to eradicate a hell-world alien jungle in preparation for human colonists fleeing an imminent solar nova (“Plague Solution”). And where cracking the genome-code now ignites new angles on the nature vs. nurture debate, High was already presciently exploring its implications through “Fallen Angel” (from a 1961 issue of ‘Analog’) where ‘The Experiment’ removes all socially coercive constraints of law from even the most highly evolved individual to release the savage beneath. According to High this story ‘mines’ the philosophies of Emanuel Swedenborg, but whether its upbeat conclusion – opting for the aspirational pull towards order eventually outweighing the downward urge to nihilism, is High’s or Swedenborg’s, all of their ethical equations, moral overtones and implications are undeniable, they’re there.

Even though, where Philip E High really excels is in conveying such ideas through direct story-telling, breathlessly-readable adventures delivered straight with few affectations or lapses into obscurantism. The sheer ‘Starship Troopers’ vertigo-tension of “To See Ourselves”, or the ‘which-Starship-crewman-is-the-shapeshifting-alien’ of “Guess Who”. The kink in the Einstein effect that has an astronaut on a five-year mission, as 900-years pass on Earth, but on returning, an immortality serum has enabled his contemporaries to live on – while forgetting him, in a changelessly static society. Or the compulsively powerful strangeness of a nuclear submarine inexplicably cast back in time to the Jurassic (“Routine Exercise”). These are the precise stories that first introduced me to his work. And they retain their power to amaze. The past, they say, is history. These are stories that look to the future. Just as I imagined I was when I first read them. And even though those futures were different way back then, this collection only emphasises that they still carry a hell of a lot of relevance, and a mighty fictional kick of originality. 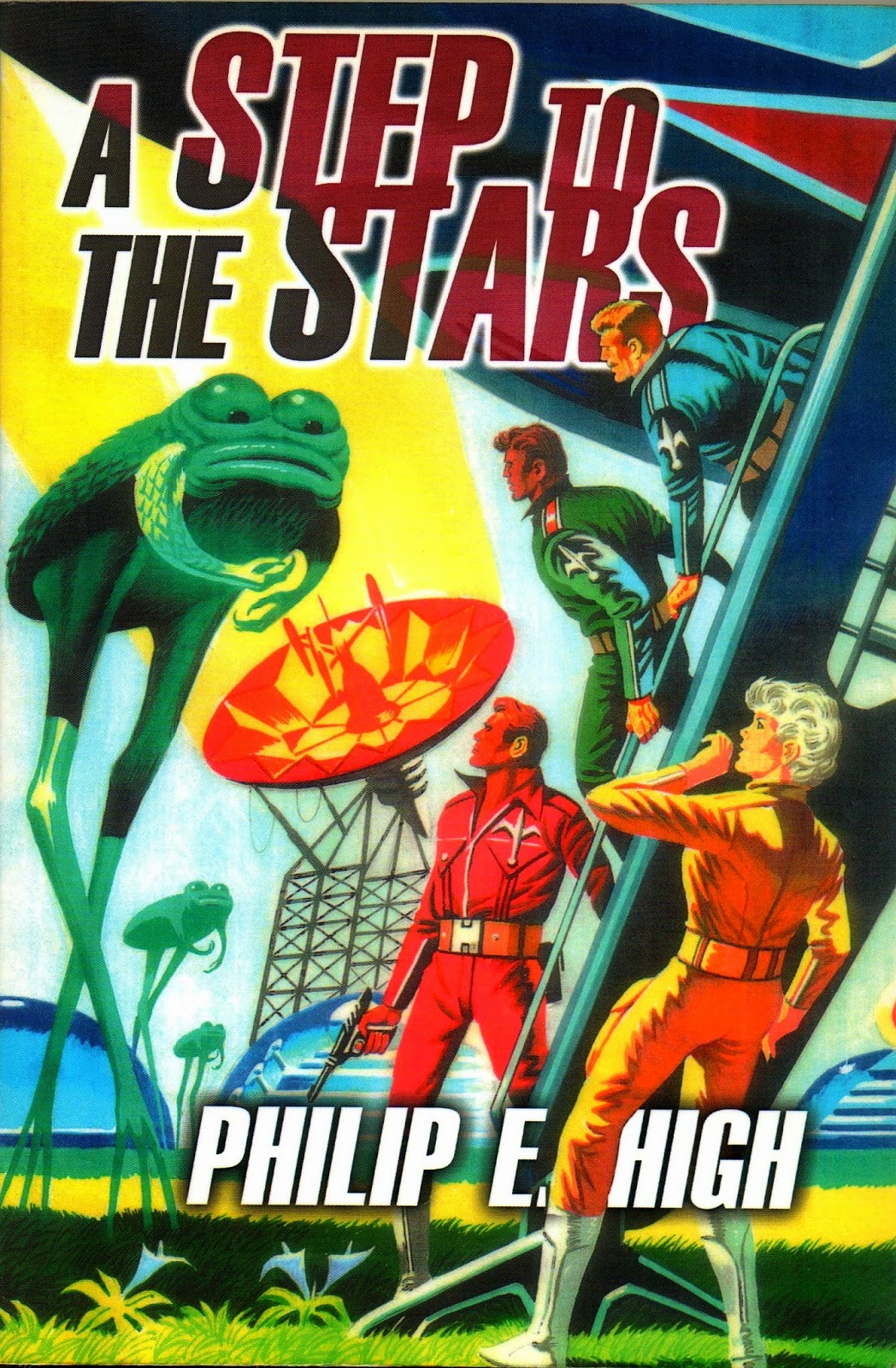 Things happen fast in the worlds of Philip Empson High, with narratives that pull like raw gravity. A road opens up into an alternate world beneath a strange sun. Virtual dreams seep over into real-space, so that a man who dreams of flying grows wings, that then destroy him. There are other strange physical metamorphoses, a reptilian hand, a cloven hoof, and hunters who pursue a girl with gossamer wings. In “Funny Farm” a new drug casts users into a surrealist fairy-land. Then there’s the time machine… This is Science Fiction like they used to write it. With all the strengths that made you love the genre in the first place. Last years ‘Best of…’ (from the same publisher) rummaged through what we must now call Phil High’s first great era, his stories from late-1950’s early-1960’s editions of ‘Nebula’ and ‘New Worlds’. And while these ten new stories may work from that same template, they infuse it with a knowing vigour and ideas-rich alertness that confounds easy categorisation as pure retro.

There’s no preamble. Little setting up touch-feely Rodenberry-style character traits, emotional states or personality conflicts – you’re just hurled into the maelstrom of ideas. Like the old movies where the mad scientist invents the machine that does… something, and he’s about to project the hero into some unimaginable otherness, but the scientist’s daughter gets in the way sobbing ‘no, you can’t do it, it’s too dangerous’, and he goes into crisis-meltdown while all you want is for her to get the hell out of the way, for him to get into the machine, take the potion – just do it. High just does it. He cuts out the silt of mainstream calculation that results in all those space-filling Fantasy Trilogies of blank pages for blank minds, those artfully-contrived plotted-by-numbers Creative Writers Workshop logics of balance and construction, and just propels you into wonder. The conversationally relaxed narrative-voice guiding us through “Pioneer Plus” takes it as a given that we’re as familiar with worm-hole portals as he is, even though neither of us may understand the full complexity of its underlying science. Just as the way “The Thing At The Bottom Of The Garden” re-visits the stock alien-visitor concept, but takes it into the odd suburban terrain of police incident-response procedurals, concern over the welfare of paparazzi-trampled flower-beds and the possible radiation-contamination of domestic pets, to which the benevolently glowing ET becomes almost peripheral. 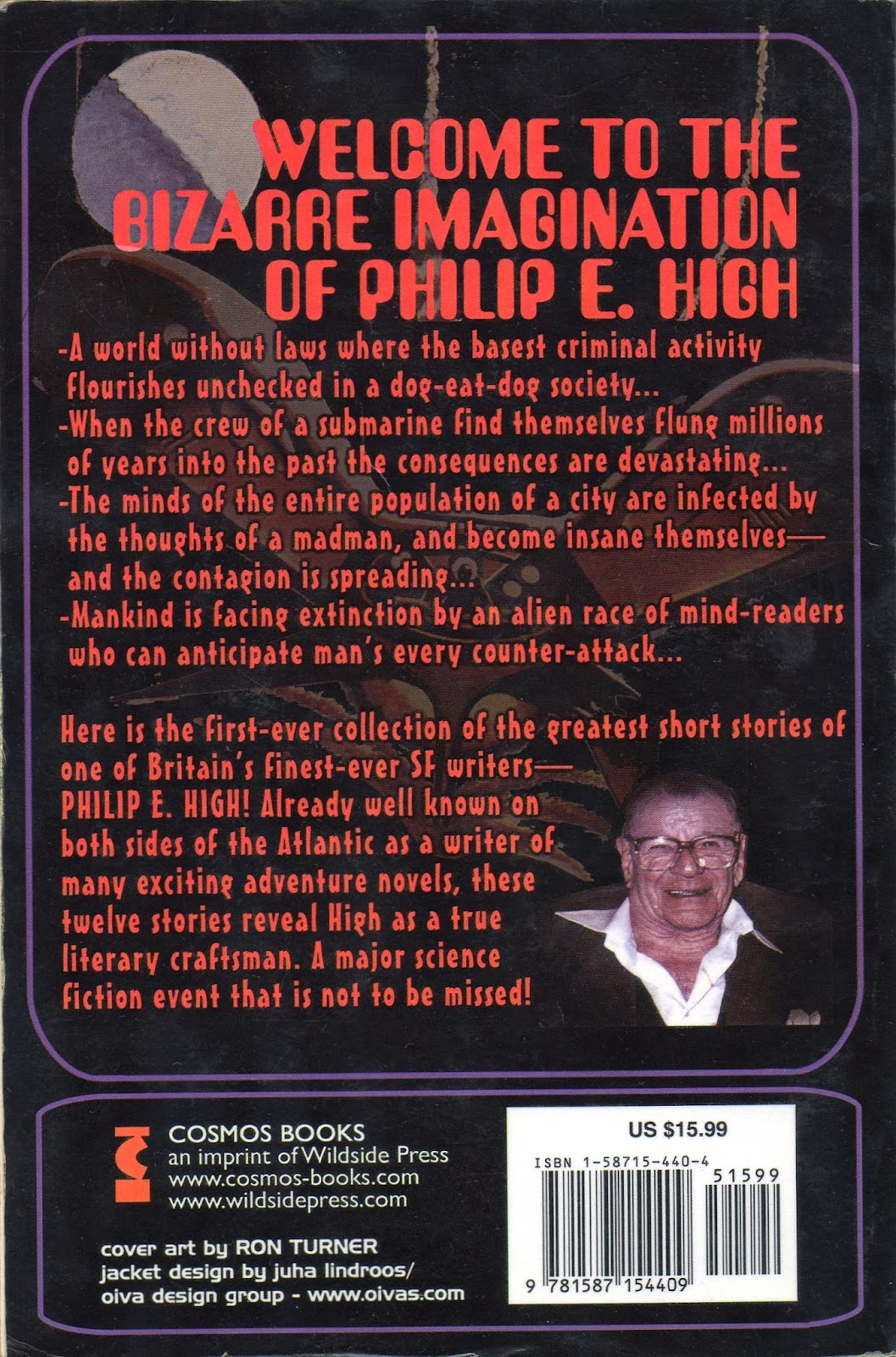 While the gradually accumulating concepts of transfiguration, metamorphosis and transcendence, which sometimes occurs through the medium of such alien intervention, and sometimes not, gives the collection a unifying up-beat theme. Again, these elements of evolutionary change are consistent with some of Phil High’s earlier stories, but now he takes them places they’ve never gone before. From the wonderfully garish Ron Turner cover, through to the weirdly diverse bickering alien ambassadors in “Galactic Love Story”, who overcome their species-differences through the inexplicable outbreak of some awesome unifying power, the catalyst for which is suggested by the story’s title, these images – in High’s own terms, out-drama drama. Unique.

If you need your ex-girlfriend or ex-boyfriend to come crawling back to you on their knees (even if they're dating somebody else now) you need to watch this video
right away...

Get professional trading signals delivered to your cell phone every day.