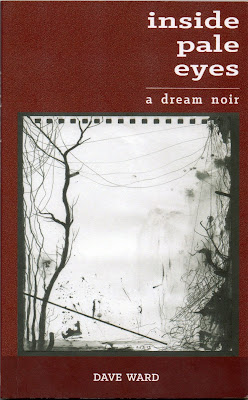 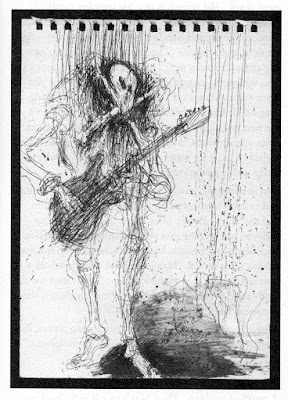 Books are beautiful. This small lovingly-crafted pocketbook of Dave Ward’s narrative flow matched to Bryan Biggs ink-wash sketches, is a precious thing of joy. Of all the small-press writers to emerge from the teeming decade of the 1970s, Dave Ward has proved to be the truest and most consistent voice. Urban, in the sense of a street-level vision, but equally aware of the warmth as well as the chill of city-concrete. Liverpool, for sure, wired into what we think of as Mersey poetry, anecdotes and twisted fables, a sometimes bitter but irrepressible humour, but always individualistic. Across those many years of reading his poems, I drift off, discover other poets, but always return to Dave Ward. ‘Inside Pale Eyes’ is a podcast that plays inside your head, a shifting soundtrack of poems which work as prose and prose that works as poems, with towers that glower, plotting in the potting shed, screaming brakes and breaking screams, using internal rhymes and word games, enhanced by Bryan Biggs equally eloquent visual flash-frames. 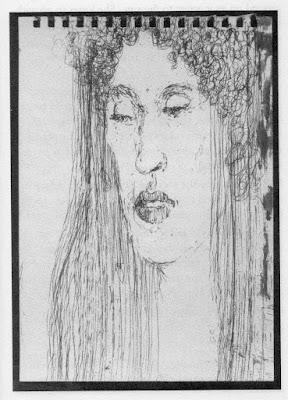 Although some of these previously-uncollected pieces first appeared in ‘Global Tapestry’ or ‘Ambit’, ‘Oasis’ or ‘Lateral Moves’, they take on new interlinked continuity here. There are recurring character motifs, Midnight Max who broadcasts through local radio’s graveyard shift, a smoky-voice going out to all the ‘lonely lovers and loving loners,’ even when no-one listens, when nobody cares. Skin, who unlocks Stratocaster riffs in the cage of his towerblock, Albert the janitor who mops the stairwells, the Rent Man who still does his familiar rounds even though the Social’s paying it direct, and the man feeding newspaper sandwiches to disappointed starlings. They share space, but fail to connect, with radio voices no-one answers and graffiti no-one reads, a girl who dances alone as if waiting for a lover she’s never met who never arrives, a woman who sends birthday cards to herself, endless bus-rides to nowhere, haunting watchers, the smell of slow coffee and dead air, all of it as languid as decay, as sudden as disease. There’s little plot development. No real resolutions. Only the touching poignancy of eccentric dreams and memories, mysterious photographs and letters without names. Only thistledown that drifts across wasteland, whispering connections. Books are beautiful. Some books are more beautiful than others. 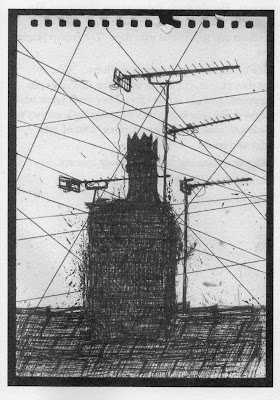 Posted by Andrew Darlington at 12:16