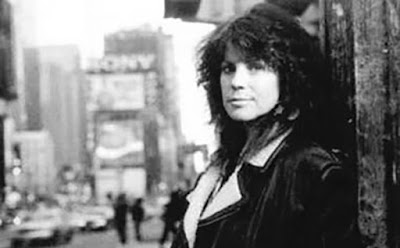 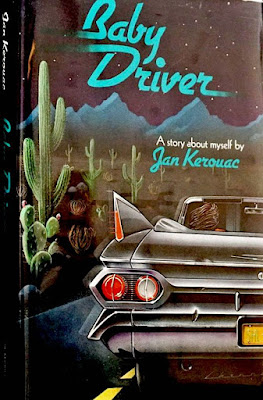 A book to assault your cosy feminist preconceptions.

America’s greatest contribution to modern literature is arguably the visionary drunk, the hobo high on zen beatitude, the Bum finding transcendental illumination through faster-miles-an-hour restlessness at the night-end of living. Life seen through the distorting lens at the bottom of a drained bottle. Norman Mailer, Charles Bukowski, Henry Miller, Allen Ginsberg, Hubert Selby Jr, and King Beat himself – Jack Kerouac, whose demon-charged cross-continent thumb-trips laid blueprints for bohemian generations of hipsters, Beatniks, hippies, and guerrilla poets on campaigns against all that’s most normal and bland in polite straight society.

Janet Michelle ‘Jan’ Kerouac was conceived during a brief six-month marriage in 1951, a period that coincided with ‘the famous wino’ writing his most acclaimed tome ‘On The Road’ (published September 1957) in Manhattan’s 454 West Twentieth Street. He quit the marriage two day’s after the manuscript’s completion, never officially acknowledging Jan’s paternity – although photographs leave little doubt of genetic continuity, and he met her only twice. The initial meeting was the day America’s first astronaut was blasted into space ‘and the TV up in the corner by the ceiling was showing him in his capsule all bundled up in glaring black and white.’ Kerouac peré ‘talked to me, but seemed shy, like a boy on his first date.’ The second meeting was in Lowell, Massachusetts where Jack managed to tear himself away from canned beer and TV long enough to grudgingly suggest ‘you go to Mexico an’ write a book. You can use my name.’ 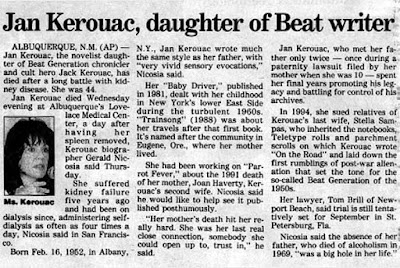 The marriage – Kerouac’s second of three, was legally terminated in 1957 through a quickie divorce, by which time Jan’s mother Joan Haverty was casually involved with, and pregnant by an abstract painter called Don Olly. It was another station in ‘life’s dark order of tragedy’ that carried Jan like ‘a gum wrapper in a hurricane’ through the B-side of the Beat lifestyle. From an East Tenth Street slum across the road from Allen Ginsberg, to bored prostitution in a New Mexico cat-house. From adolescent acid trips to adult heroin and coke – ‘eyes pinned and vacant, irises lost galaxies inhabited by one black dwarf star swimming in the middle.’ From a juvenile detention centre, pregnancy at fifteen, stillbirth in the ‘mad Mexican night’ to the ‘mad wonderful intensity’ of a climatic quest down through the jungles of Peru in the company of narcotic jags and manic lovers. Her autobiography is one of constant directionless movement, compressing more elements into this one book than her father lived in ten! – which is probably why the accumulative effect of Jan’s life thus-narrated is often ultimately shallow and pointless. ‘How awful to have lived this life… and then not be able even to produce a halfway serviceable book out of it’ as one critic accurately sniped (Sean French, ‘Sunday Times’).

Her best passages deal with her childhood in the New York derelict subworld of romantic squalor beerscent and junkshooting, which she observes with naive eyes and ears from tenement fire-escapes. She lives ‘intentionally apart from the social tumult of the sixties,’ briefly in – but not part of, the hippie Haight Ashbury mecca, and finding the Grateful Dead at Albuquerque ‘an enormous cavern of orange gleaming pot smoke and terrific noise that seemed to drag on for hours and hours.’ Her writing style comes across as a dilution of her father’s. His multiple-adjective phrases ‘deep and brown joy’ or ‘the country highway night’ churned in with the chic American pseudo-hip mysticism which refers to people by their astrological signs. Her own sign is Venus in Capricorn – the planet of love in the sign of use, the mark, she rationalises, of the whore. Which is where the sexual double standards kick in.

The Beat-life of transient but passionate relationships, drug flirtations, compulsive promiscuity, and stylish vagrancy has implicit macho profiles, roles and standards, that Jan reveals almost unintentionally by such self-objectification. While the elder Kerouac – who comes across here as a self-obsessed slob, enjoys his celebrity, ex-wife Joan lives in a Lower East Side slum desperately scratching money for the child he rejects by writing a magazine feature about their marriage. The Beat archetype hangs out with low-life hookers, while Jan lives out that harder reality, the one she sees her star-sign has determined for her. The one readers might feel has more to do with heredity and cultural climate.

This is an awkward book of nomad Americana. A book that anyone vaguely interested in that milieu should read – just once! 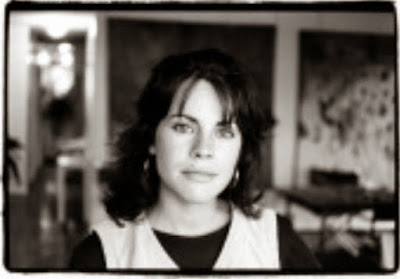 Posted by Andrew Darlington at 16:53