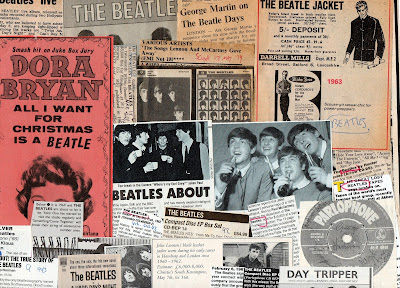 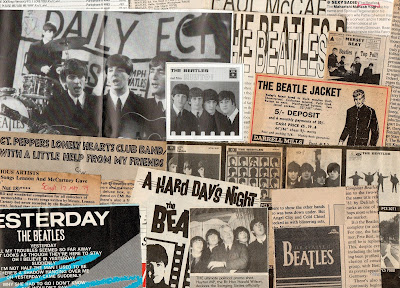 Pop stars need a ‘jimmick’ announces Ken Dodd. And the Beatles – according to Knotty Ash’s most tattifilarious son, have the best jimmick (gimmick) of them all – ‘talent’. In a brief DVD extra the four Fabs, plus Doddy are – what could loosely be termed, collectively interviewed by Gay Byrne. If memory serves, it comes from Granada’s regional news round-up ‘People & Places’ – the show that first screened the ‘Beatles-from-the-Cavern’ “Some Other Guy” clip. A weekday mix co-hosted by Byrne, later an engaging fixture on his own Irish TV chat-show, and Bill Grundy, who achieved a degree of notoriety some short thirteen years later when interviewing another spikier Fab Four. Would Dodd join his fellow Liverpudlians as a fifth Beatle? probes Byrne. Well… he’d need a proper rock star name. Paul helpfully suggests ‘Rock Dodd, Cliff Dodd’? No, something earthier insists our Ken. ‘SOD DODD’ adds John with a smirk, and a pleasing ripple of shock. Not quite the Sex Pistols ‘tirade of filth’, but enough to be going on with. Doddy perseveres by enquiring about the humour-content of the Beatles act, then suggests a movie-plot for them with George cast as an ‘evil-smelling peasant’ – why evil-smelling? ‘you should be standing where I’m standing’ gags Dodd with a distasteful sniff, to George’s obvious discomfort. John also responds to a question about his famously witty one-liner at the then-recent Royal Command Performance. He admits that the jibe about ‘shaking their jewels’ was not quite as spontaneous as it may have appeared, but that they’d worked it out the previous evening – if the gag works, they keep it in, says John, if it doesn’t, they’re dropped. 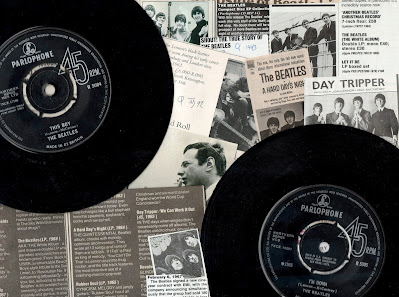 Of course, this insightful archive ‘People & Places’ film-clip would originally have included a Beatles performance. Which is not included. Copyright restrictions dictate that this DVD contains not a single note of original Beatles music. And in truth, the career-advice tutorial could just have easily have flowed in the opposite direction. In the unlikely guise of romantic balladeer Doddy had preceded the Beat Boom by charting with “Love Is Like A Violin” – no.8 in August 1960, a clear two years prior to “Love Me Do”. And he would go on to rival the Mersey Groups by topping the charts for five straight weeks with the million-selling saccharine of “Tears” in October 1965, while “Help” was still there in the top thirty beneath it. ‘Jimmick’ or no jimmick. Despite its glaring omissions – namely, the music itself, there’s much else of merit on this DVD. 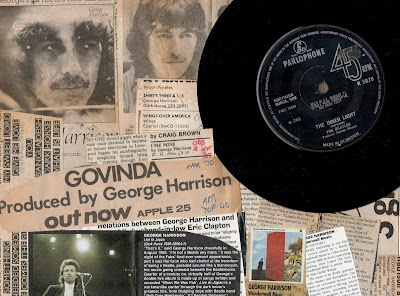 The period it covers is a time when Pop Stars were still new and seemed as powerful as gods. And it neatly encapsulates another often-neglected aspect of the time. When you watch the Shea Stadium or Candlestick Park events, you’re watching the birth of what we now take for granted as enormodrome rock. Prior to that, pop acts toured theatres. Despite the crude amplification the step-up to arena-venues was something unique in the history of Pop culture. One that would shape entertainment through the decades since. The fact that John Lennon’s eminently sensible comments about the irreversible decline of Christianity had been deliberately extracted out of context from a months-old interview and splashed across the American media timed precisely to coincide with their arrival for their fourth US tour was no accident. It was an act vengefully preconceived to provoke moral outrage. The confabulated scandal was in every way as convenient a focal point for a divided and embattled religious sensitivity as the Salman Rushdie affair would be. 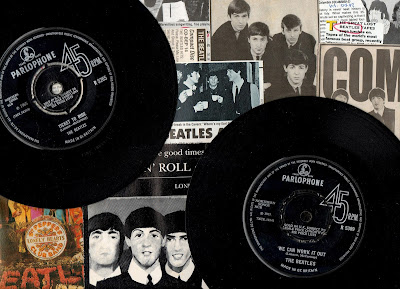 It was a useful excuse to exact economic and cultural revenge on a hitherto unassailable social revolution too. It was one thing for uppity southern good ole boys to be pelvis-gyrating the devil’s Rock ‘n’ Roll. It was quite another when effeminate long-haired foreign Brits capture the music industry with such ease. Their smiling loveable degeneracy incited a fatwah-in-waiting in the gorge of every small-town god-botherer, demonstrating that no religion has a monopoly on bigoted intolerance. So – at the behest of the same Klansmen who were out beating and lynching uppity blacks and Freedom Riders, they cast their Beatles memorabilia into the pyre. The albums, poster-mags, button-badges. Later regretted, perhaps. Or maybe that brief love affair with the Beatles formed a solitary moment of teen-rebellion in an otherwise spotlessly conformist god-fearing life? A secret frisson of forbidden excitement? But the Bible-belt has a long memory when it comes to grudges. When shopping-mall poppet Tiffany had a US no.1 with Tommy James & The Shondells’ “I Think We’re Alone Now” there was no murmur of complaint, despite a theme concerning under-age ‘children’ making-out in the long grass. But she incurred parental displeasure with her decision to follow it with her version of “I Saw Her Standing There”, and had to defy their objections about performing music by the ‘godless Beatles’. 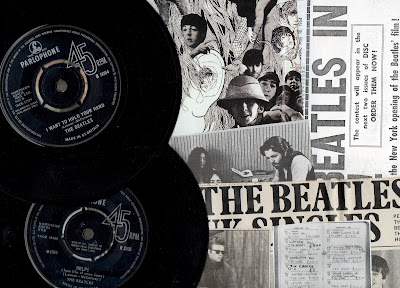 Posted by Andrew Darlington at 11:46