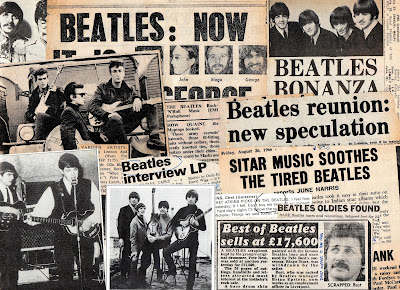 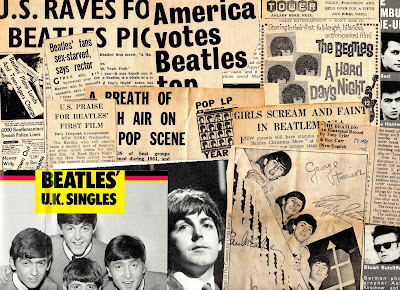 ‘The inside story of the world’s greatest-ever pop group’ it says. And, as everyone knows, it’s a great story. Here, there are stills and non-copyright newsreel stock-footage, and it’s always good to see those familiar waving-at-the-airport clips, the quick-fire press conference sight-gags, the gurning at the cameras, and the Harold Wilson ‘purple-hearts’ quips at the Variety Club awards. In the gaps between there are some poor ‘reconstructions’ by some Beatles wannabes (The Prellies), a voice-over that pretends to be Ringo, but isn’t (it’s Bernard Hill), and no real Beatles music. That was ‘withheld’ as damage-limitation, because ‘every image is policed by the company they created’. In other words, this formerly-screened TV-documentary is another in the growing proliferation of non-authorised Fabs product. And secrets? Well – not exactly.
Mostly it’s fairly routine stuff to anyone who’s read a few biographies, spiced up with some thrown-in conjecture. There was sex at Hamburg, apparently. Cue some gratuitous red-lit film of a pole-dancer. And penury. Allan Williams, who first booked the five Beatles there talks about how ‘Paul used to argue with John Lennon because it was one penny extra to have jam on your toast.’ ‘Look at all the jam he’s got now, the bastard’ he adds straight-faced. ‘He owes me £15 by the way, don’t know how he can sleep,’ perhaps unconsciously quoting Lennon’s own “How Do You Sleep?” Mc-attack on the ‘Imagine’ album? He then relates how he directed the young pre-Fabs to the Seamen’s Dispensary when they pick up their first dose of the clap. 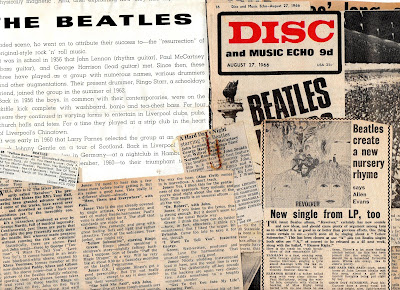 Brian Epstein was gay, and had a thing for John Lennon. Hardly a revelation. Even their weekend together in Barcelona is fairly common knowledge, someone even wrote a play about it*. Admittedly, what happened there is less certain, but Tony Barrow – the first ‘Press Officer to the Fab Four’, suggests only that Lennon was ‘an intrepid sexual adventurer’, a description Poet Royston Ellis – who claims to have shared a three-in-a-bed romp with Lennon, extends to ‘ambi-sexual’. There are no scurrilous revelations beyond that. They dabbled with drugs too. Ellis claims to have turned them on to getting high, like the Beat Poets used to, by chewing on lint from prescription inhalers. Later, Epstein’s chauffeur talks of picking up mysterious packages of hash at Archer Street. Stuff like that. There are talking-head interviews with participants, including Tony Crane of the Merseybeats, posing stylishly with his guitar. And Klaus Voorman – who designed the ‘Revolver’ sleeve, and now contributes his own perceptive wash-art sketches. Long-time friend Tony Bramwell talks about Paul first meeting George upstairs on the no.86 bus. Both Bill Harry of ‘Mersey Beat’ magazine, and Tony Barrow have told their stories before, at greater length, in fact Barrow’s book is pretty much a standard Beatles text (‘John, Paul, George, Ringo & Me: The Real Beatles Story’, Andrė Deutsch, 2005). Tony Sheridan recalls how they stole socks from C&A, but later ‘sold-out’ when Epstein buffed up their image. 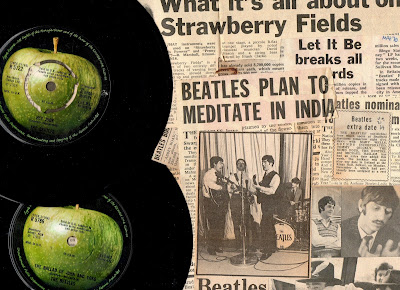 And as their career takes off chart-wise Alistair Taylor, Epstein’s assistant, talks about buying off paternity or sexual claims with NEMS money, and speculates about the trail of unacknowledged Beatles-brats, who maintain their anonymity. ‘Beatlemania Grips Gotham’ like ‘a collision of planets’ says the newsreel voice-over as they hit New York. But everyone already knows that. They tour America – according to Barrow, under conditions of ‘five-star house arrest’. Albert Maysles, who has his own Beatles tour-doc DVD jostling for space at the megastore, adds his own insider contributions. Nudging the story further, into the studio years, and what the newsreel voice calls the ‘psychedelic Garden of Eden’ which was Apple – ‘the company they created’. Chauffeur Bryan Barrett talks about Epstein’s early suicide attempts. Paul’s step-sister Ruth McCartney describes fannish excess. A raddled Francie Schwartz talks about shagging Paul. But that incident is more widely discussed in Tony Barrow’s book anyway. Finally, May Pang repeats her oft-repeated story about how Yoko Ono’s control extended to even masterminding Lennon’s adultery, adding little to what was already widely known. There’s an ongoing need for stories to re-told and reinterpreted, for the benefit of newly evolving audiences, or with new slightly titillating twists. So yes, this is ‘The inside story of the world’s greatest-ever pop group.’ The problem is, it’s a great story, as everyone already knows. 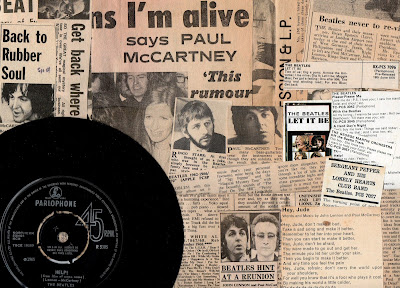 *‘THE HOURS AND TIMES’
(DVD Release 4 June 2007 through VDI Entertainment).
In 1963, John Lennon (Ian Hart) & Brian Epstein (David Angus) spent a long twelve-day weekend together in Barcelona. Although a fictionalised account of an actual trip they took together, this is a hugely resonant piece of independent cinema that perfectly captures the calm before the storm of Beatle-mania. Its black-and-white cinematography starkly evokes the early 1960s. It’s filmmaker Christopher Münch’s suggestion that the Beatles’ brilliant but troubled middle-class manager Epstein (29), is hopelessly in love with Lennon, a working class lad six years his junior, whose career is on the precipice of sky rocketing. Nominated for Best Director and the Grand Jury Prize at the 1992 Sundance Film Festival, it convincingly conveys the complex emotional reality of Epstein and Lennon's strong and curious friendship.
Featured online at:
‘THE ZONE’
(UK – March 2007) 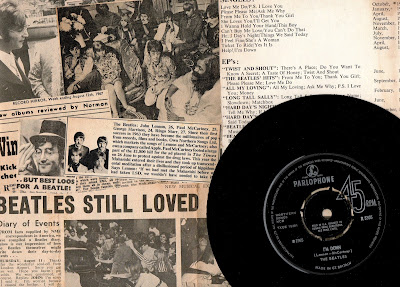 Posted by Andrew Darlington at 17:09