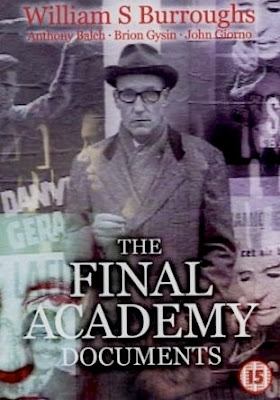 
Do not adjust your VCR. There’s a fault with reality… or something very much like it.

Video labels have gone indie. According to ‘Double-Vision’ supremo Paul Smith, funding a group’s first video-release can be cheaper than investing in its vinyl equivalent. ‘We expected a flood of independent videos in the wake of our ‘TV Wipeout’ compilation, like the independent record scene. But so far, it’s not materialised.’ Nevertheless – labels like Sheffield’s Double-Vision and Manchester’s Ikon now have catalogues expanding in both depth and quality. They trade in product that stands on technology’s leading edge, but with all their essential functions controlled from the comfort of your own chaise longue.

William Burroughs, for example, he’s now available in affordable consumer video. A name synonymous with the subterranean, in the advance guard of the avant-garde, can now be cued into your grey TV-eye for a mere £25. ‘The Final Academy Documents’ come in two neat cassettes box-jacketed in plush red vinyl. The picture quality is (deliberately) variable, going up through several warp-factors, but the picture-search time-shifting ability of rewind-FF just adds to the archival elements of this vintage sleezorama. 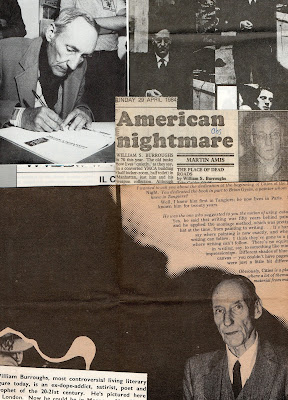 The first, and most riveting tape documents 1962-1963, from the earliest transcribed sixteen-mm film – “Ghosts At No.9”, through random footage and a ‘cut-up’ by Psychic TV, to the legendary Tony Balch collaboration “Towers Open Fire”. Once minority-appeal cult films, they can now come down through the medium of the ever-multiplying domestic screen, and they stand up well. The eerie sense of unreality transfers from big spools to compact video-cassette stunningly, with often cornea-peeling effect.

Viewing “Towers Open Fire” is akin to dipping your fingers in a piranha pool of itchy camerawork and smeary colours that has you jabbing the remote-control rewind stud to see each section twice, and then again. Even the street scenes – with Brion Gysin and others, are cut with trick-frame repetitions or focal overlays that reduce Burroughs’ face to cubist abstractions. But sometimes it’s just down to sheer alienness of perception that reinvents New York or Tangiers to a narcotic-frozen SF surrealism. From 1982 there’s live footage from the actual ‘Final Academy’ event itself, with Burroughs and John Giorno reading from the stage of the ‘Hacienda Club’, caught by the nifty lens of video-scratching pioneer Malcolm Whitehead.

Together, the package forms an un-putdownable reference work to the root of everything now considered (Some) Bizarre and experimental. Every right-thinking trendy, industrial-art poseur, every squat, bohemian pad and Beat cell should have one.

We now return control of your VCR… 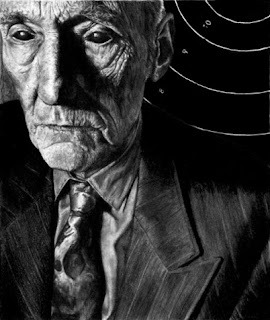 Now issued by Cherry Red DVD in January 2009, this is my original 1982 review. I’ve made no attempt to amend or update the text
Posted by Andrew Darlington at 20:28

Professional trading signals delivered to your cell phone every day.

Follow our signals NOW and make up to 270% daily.