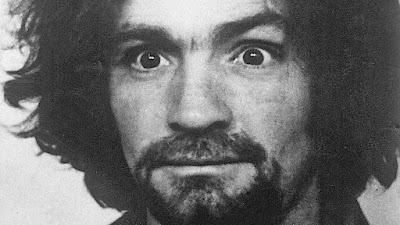 
charlie is the god-cat
who digs the slurp-job grope-circle gobble-gobble
and dem teenybopper cuteniks just melt in his heat,
charlie is the cockroach-god
he swagger-jive and groove-talk,
he eyes luminous with lysergic wisdoms,
the four kings of EMI whisper him
death-codex in fat vinyl helter-skelter
stick the piggies where they squeal and mud-wallow
in stinking celebrity wealth, creepy-crawl them
cut and smash them to fuck-meat, see them bleed,
he has Capt Trips stoned-dream in desert vast eternity
of quad-bike dune-buggy apocalypse to
ignite the righteous global war smashback
at every stinging slight, cell-year and head-stomp,
charlie is the god-cat, freakin’ hair down to here
eyes bop to the house-of-blue-lights boogie
brain a dark star radiating ashes, watch out,
coming down fast, manson – son of man,
when snakey-lake blow him she blow him good
each cum-sperm a glimmering intelligence
toxic with malignance, flood her they do,
sparkling in nova-swirl DNA throb as
she melt in his pulsing genetic-heat
a sewer-rainbow of dandelion-seed storm
spores adrift in idiot-wise fractel constellations
to rain in the mall, burger-bar, designer store
gated community, gay bathhouse, titty-bar
each irradiates infiltrates in lethal acid shine
detonates a hipster-jihad from the spahn ranch
to the if-world of everywhen,
I no longer see straight, bad dreams rape me raw,
my ears crammed with heavy-metal thunder
jaw juice-slack and drooling,
feed my head… now, now, now…


Previously published in:
‘IT: INTERNATIONAL TIMES’ 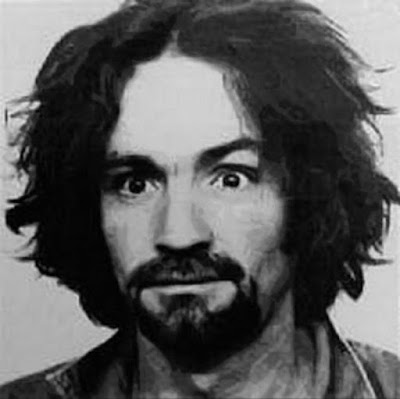