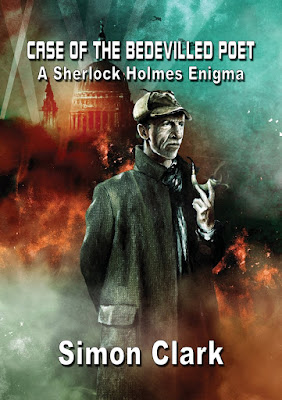 
War unleashes monsters. Monsters more terrifying than the most macabre fantasist can conjecture. The conundrum being that those who strive selflessly to rescue a puppy trapped in an underground sluice-pipe are the same species who enter a crowded tube-train to detonate a suicide-jacket explosive device. The two extremes of human nature, the instinct for life – and the dark lure of death, are what concerns Simon Clark in this immaculately-produced novella. Sherlock Holmes and Doctor Watson, if indeed it is Conan Doyle’s sleuthing duo – the enigma is never quite resolved, are more into psychic investigation, plumbing the Jungian depths of the subconscious, than straight crime detection. Albeit briefly using a gloriously mad-scientist SF-pulp technology in their hunt for clues to the mind-demons responsible. 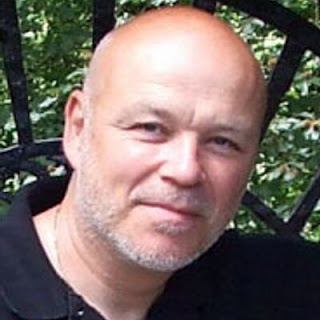 Jack Crofton is the bedevilled wannabe poet of the title, reduced to scripting jingoistic propaganda movie-shorts for the war effort as the Luftwaffe attempt to blitz London into submission. There’s much detail concerning the actual duties of ARP wardens, about Goebbels, rationing and the black-out, as though anyone whose ever watched a ‘Dad’s Army’ episode will not already be familiar with such minutia. Unless Simon is consciously targeting new-century readers to whom this history is as distant as the Napoleonic wars, or the American market where maybe these aspects of our adversity are less familiar?

In keeping with Simon’s position as Britain’s finest disseminator of scary thrills, there are genuinely unsettling sequences layered within its multiple levels, with Crofton pitted against his own dark suicidal impulses manifested in horrific forms, catalysed by unresolved issues hung-over from his dead brother, and finally redeemed by love, through the lens of Baker Street’s finest. All set against the continuing existential uncertainty of imminent death from Nazi killware. But Simon has expanded the Sherlock Holmes casebook before, even editing the excellent ‘The Mammoth Book Of Sherlock Holmes Abroad’ (Robinson, 2015). And elsewhere, on the pretext that Holmes is ‘ageless, invincible and unchanging’, Basil Rathbone had already timeshifted him into hunting Nazi agents in the Universal movie ‘Sherlock Holmes And The Voice Of Terror’ (1942). War unleashes monsters. Simon Clark is a macabre fantasist who’s conjectured more than his own fair share of fictional terrors. And this fusion of the several results in a blitz of devastating prose.

The official Simon Clark website is “Nailed by the Heart”
http://www.bbr-online.com/nailed 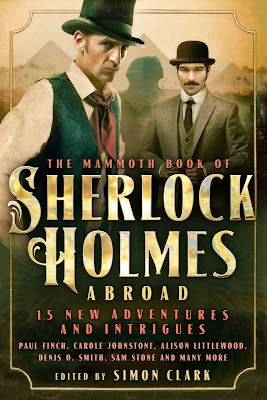 Posted by Andrew Darlington at 14:22

Get professional trading signals delivered to your mobile phone every day.