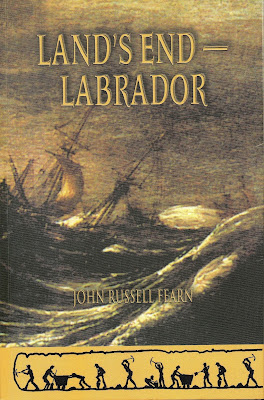 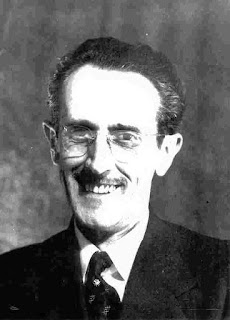 In ‘2000AD’, Judge Dredd’s Megacity One is linked by tunnel beneath the toxic Black Atlantic to Europe. A decade earlier, Harry Harrison had already engineered his own under-sea link between the continents when he wrote ‘A TransAtlantic Tunnel, Hurrah!’ in 1972. But John Russell Fearn beat them both to it. He charted the complex construction-problems of excavating his 2,500-mile trans-Atlantic tunnel from Cornwall to Newfoundland as early as 1959, in this short novel which only now achieves publication. Fearn was a pulp fictioneer of extraordinary invention, so what do his protagonists discover during their epic subterranean dig – lost Atlantis? a vast prehistoric realm of predatory dinosaurs? A hidden race of troglodyte cannibals at the very least, surely? But no, intended primarily for a non-genre readership they instead encounter a seam of pure neutronium, plus magma-streams from a ruptured volcano, while they are plagued by sabotage attempts from unnamed rival eastern European powers… but no supernatural fantasias. This is largely a ‘Slipstream’ novel of technological speculation based around the application of a new super-alloy, Steel-X, which enables both high-tensile drills capable of penetrating hyper-compressed rock, and structural rigidity to reinforce the tunnel that results. 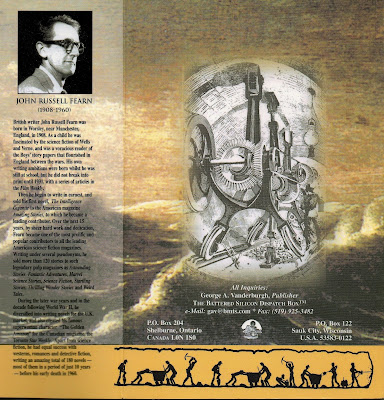 However, as Philip Harbottle’s informed introduction explains, Fearn’s ambitious concept was itself predated by a 1913 German novel by Bernhard Kellermann. Subsequently filmed twice, the second time through a Curt Siodmak script for British Gaumont films – as ‘Transatlantic Tunnel’, in 1935, the film made a deep impression on the young Fearn, who must have filed the idea away for future use. One of the first generation of UK pulp writers to break through massively into the American market of ‘Amazing’s and ‘Astounding’s, working through a number of outlandish aliases, Manchester’s immensely prolific ‘Multi-Man’ told an Autumn 1939 ‘Tales of Wonder no.8’ that ‘I love writing; and the older I get, the more I like it, because there is so much to learn. Every day I have the feeling that there is a chance to go one better, in style and expression, than yesterday’. And Harbottle concurs, arguing convincingly that, following his initial burst of literary hyper-productivity, Fearn achieved the finest-crafted examples of his writing in his later work. Not necessarily in SF, but in his crime fiction and westerns too. Unfortunately he died of a heart attack in September 1960 aged just fifty-two, so that process of evolving skills was prematurely curtailed. ‘Land’s End – Labrador’ was initially targeted for publication in the Canadian ‘Toronto Star Weekly’, hence the tunnel’s unique geography! He’d been a popular contributor to its wide-circulation tabloid pages for some time, but was passed over by them just this once, and the manuscript was subsequently lost. Until now. 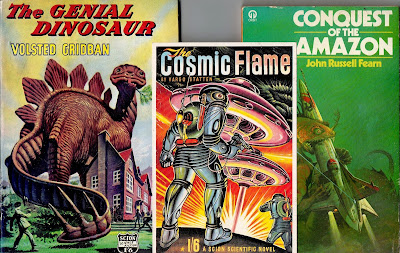 At last available as a beautifully-packaged collector’s edition, Fearn’s novel retains all the retro-charm of fifties fiction. ‘Paper-thin’ characters. A cheerful disregard for environmental considerations when the Land’s End tip of Cornwall is ripped apart by the ‘huge crater a mile in diameter’ which forms the tunnel-entrance, matched to an ecological arrogance in their belief that ‘man has never failed yet in his conquest of nature, and he won’t this time’. There are brutal command-management staff relations as sweating miners toil beneath the ocean-floor, allied to romantically archaic gender attitudes, despite plucky little Judith Saunders becoming director of the Canadian operations when her father dies. With a quaint imperial regard for the greater glory of the Commonwealth, which the link is intended to reinforce (the first time it’s possible to walk to America since the Bering Straits was a land-bridge!). All of which now makes the novel something of an alternative history as construction progresses from Spring 1991 through the precise time-fix dates of this future decade. Completed 9 September 1994, the bore – 12,500ft beneath the surface, allows the transit of a Cannon-Ball express monorail, plus vehicle lanes and a pedestrian link with way-stations and rest-stops. It’s almost possible to believe that somewhere, out there in some other strange continuum, this vast construction actually exists, and even now passengers are accelerating through a tunnel of Steel-X far beneath the cold tides of the north Atlantic… 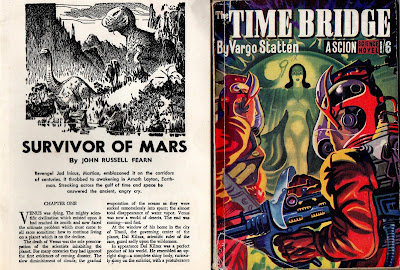 Posted by Andrew Darlington at 15:40