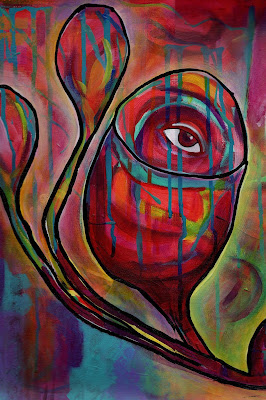 AND WHEN I DIE


he said, when I’m old and losing my mind
drooling nonsense and dribbling in my pants
I want you to put me down like a rabid dog,
she said, I’ll go get the gun now,
he said, when I’m dying, laid on my deathbed
I want both of our children sitting close by my side,
she said, actually you’re not their biological father,
remember when your friend used to come around?
Danny was such a pleasingly hung gentleman,
he selects five song to be played at his funeral,
she deletes three of them and inserts two of her own,
he said, when I’m dead, burn my body
in a funeral pyre in the desert just like Gram Parsons,
she said, we live in Wakefield, there are no deserts here,
he said, roll my ashes into a huge joint
and smoke me like Jimi Hendrix once suggested,
she said, I’ll sprinkle your ashes on the garden,
they’ll bring the roses up a treat,
he said, long after I’ve gone,
if you finally meet someone new and marry again,
will you let him wear my favourite leather jacket?
she said, he’s bigger than you are, it would never fit him,
he said, in that case you may as well just shoot me now,
so she shot him…