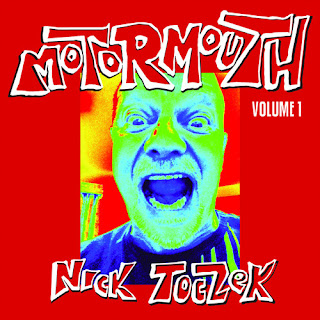 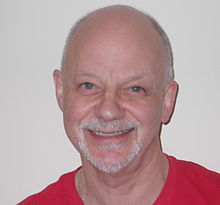 On the Bradford alt-lit scene Nick Toczek is a sole illuminating continuity – well, apart for Joolz Denby… and maybe there’s a case to be made for the late Steve ‘Seething’ Wells too, but yes, ‘R‘N’R: Rock ‘n’ Reel’-regular and original ‘Wool City Rocker’ Nick has been around long enough to be a familiar fixture on multiple scenes. You know “Responsibilities” on volume one – it’s the infernally contagious voice-over for 2002’s Prudential TV-ad, the one that goes ‘our kids, who’ve grown and flown the nest…’ A self-confessed bald bloke in a Bob Marley T-shirt, he uses catchy rhyme, and makes it work, fuelling jagged bits of Punk-Ranting energy through “Hey! Wow! Zap-Pow!” dropping spiky grit into the word machine.

Unlike his YouTube clips this is just voice, unplugged. A virtual reading, complete with intro’s. Face-to-facing himself. He motormouths accessible narratives about smokers outside pubs and overnight snow in found language, about thingummy who loves whatsisname. Bits of tourism from Qatar, Athens, Spain, Istanbul, and the Cairo ‘tooting car-men’, but mostly Bratfud where ‘this city eats itself’. Words cleverly collide in rhyme, riffing, quipping, in zigzag ricochets, piled-up crumpled and impacted, smashed, shape-changed, punchlined, reinvented, spat, shat and bled out. Yet, although it’s never less than sharp, and he tunes his street-cred appropriately with a junkie friend and ‘girls as pretty as petrol bombs’, for a supposed Brit-anarchist there’s little that’s dangerous or confrontational. At least, not here. While the notoriously anti-biz Sound Shack label don’t mess with new-fangled website mail-order, you must order these CD’s in actual shops, or trundle along to a live gig, but at £2 a pop, or just £5 for all 56-tracks it’s a deal worth hunting out (or get them from Nick’s own Blog). 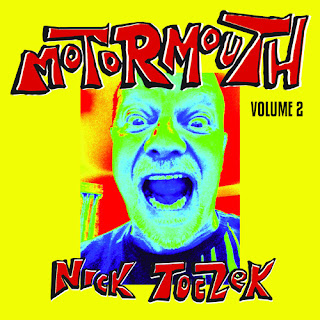 Posted by Andrew Darlington at 22:37