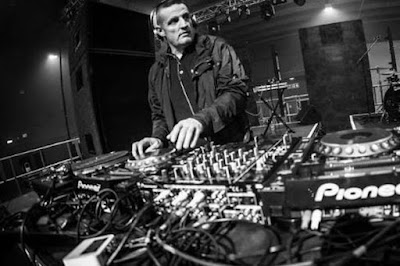 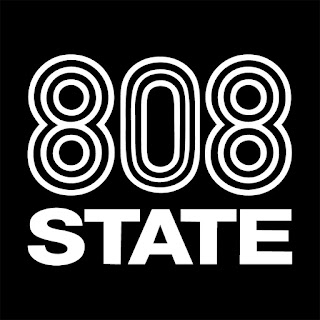 ‘We are the Music-Makers and the Dreamer of Dreams…’
(‘Nephatiti’)

There was a time, and not so very long ago, when a band could be something other than a commercial brand for merchandising product. They could be musicians doing interesting things. It doesn’t really matter what 808 State look like. They could do the massive dance-floor things when the fancy took them. But they’d be highly unlikely candidates for the ‘Celebrity Big Brother’ house. The original Manchester trio was Graham Massey (the only consistent member), with Martin Price (owner of ‘Eastern Bloc Records’) and ‘A Guy Called Gerald’ Simpson. The latter two later replaced by Andrew Barker and Darren Partington. They were faster-than-a-neutrino at picking up on the first implications of Chicago House, and fusing it to avant-electronica. Thus creating a zone where prehensile pulses shimmer, warp and quake in and out of sharp-edged beat-scapes. 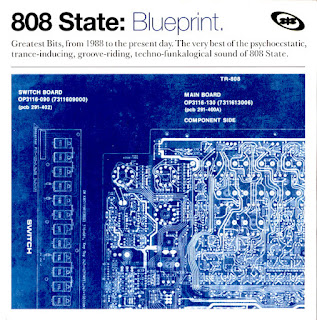 Theirs were industrial-funk grooves pioneering acid strategies – or blueprints, to be decoded and developed by other techno-head experimentalists such as Aphex Twin, Orbital, Chemical Brothers or Prodigy. Here, their debut dance-floor-filler “Flow Coma” comes as a slip-slithering Aphex Twin 2001 remix, with strangulated treated-voices lost in harshly abrasive shoot-‘em-up game-machine acid bleeps. Followed by further contributions from Simian, a Brian Eno Radio Mix, Manic James Dean Bradfield (with a 1996 EP-collaboration on the ethereal “Lopez” with Nicky Wire lyrics), plus lazy-voiced guest-vocals from Elbow-&-XFM presenter Guy Garvey on “Lemonsoul”, and ZTT (Zang Tuum Tumb)’s Trevor Horn on the opulent movie-stretch “Plan Nine”. Bjork collaborates with her usual spooky distinctiveness on the 1991 “Qmart”. 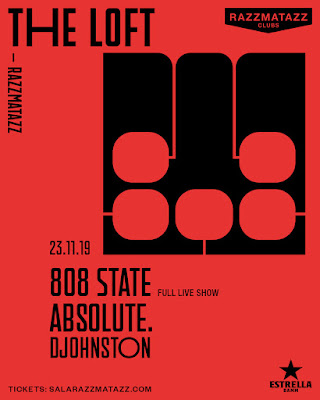 Dance used to be singles stuff. Dance didn’t do albums. A music-biz truism, until 808 State, and an elite of other trail-blazers skewed the rules. They were game-changers. They pioneered the ‘radio edit’ as a seven-inch cross-over tool to do it. “Flow Coma” was originally launched on their own Creed label while they were still operating as Club DJ’s, and I well-recall some of those nights, with the Hacienda’s yellow-and-black hazard-striped décor and ecstasy-fuelled dancefloor sweat-monkeys in loved-up trance. OK, I was only there three, maybe four times (I was more east of the Pennines in Sheffield’s ‘Leadmill’ or the Leeds ‘Warehouse’), but there was a definite sense of being in on the cusp of something. A year-zero vibe where change was happening and future-music was being invented. 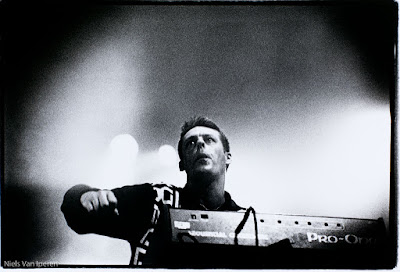 The record was picked up and reissued soon after as a twelve-inch promo on Richard (Aphex Twin) James’ Rephlex label. Its reception led to seven albums spaced across two decades – from ‘Newbuild’ in 1988, (on Rephlex 080), to ‘Outpost Transmission’ in 2002. Although this high-energy career-spanning compilation dips into each, what they’ve found is titivated and re-treated. The blue cover-art techno-print sets the tone, showing the circuit-board of the Roland TR-808 drum-machine – from which the group-name is derived. With an uncompromising depth of construction this well-dressed overview is less ‘Greatest Hits’ as greatest bits. It shares nine of its seventeen cuts with the earlier ‘808: 88: 98’ (ZTT, June 1998), but it roves beyond that album’s singles remit – accurately announcing itself as the best in not only ‘psycho-ecstatic, trance-inducing groove-riding,’ but the ‘techno-funkalogical’ too. 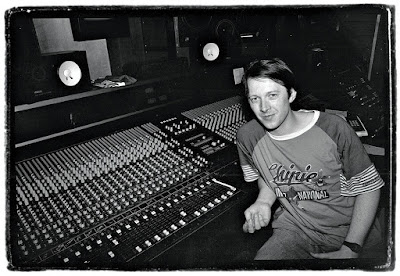 BBC’s Rob Hughes calls the trio the ‘wizards of wibbly’, yet they produced the placid blissed-out exotica of “Pacific State” (no.10 in November 1989), adding cheesy lounge-core sax and bird-tweets to the busy chopped-up rhythms of the Dance vocabulary. Then classic single “Cübik” (no.10 in November 1990), here in a dirty-groove Monkey Mafia rare remix form with Jon Carter’s cut-up vocal looped, and other voices warped and corrupted to nonsense. And – at their rawest, a revisited revision of “In Yer Face” (no.9 in February 1991), with its swaying full-frontal soundtrack spliced with a sampled news-commentary of ‘conflict between the generations’, of ‘the bomb’, the population explosion, and the pollution of air and water. But they have other gears. The snappy “Olympic” was the theme for Channel 4’s engagingly rowdy ‘The Word’, and the ‘B’-side of “Cübik”. The relentlessly urgent turbo-rave hyper-brutalism of “Timebomb” – predicting Prodigy, is lifted from their ‘808 Tape Mix’, and its ‘B’-side “Nimbus” appears in a tunefully obscure alternate version. 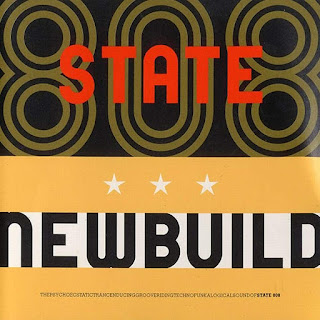 As the superstar-DJ thing began hitting its stride, 808 State were already moving off into other more ambient realms of the chill-out suite. And again, others would follow. So, from such a breadth of abstract hard-core kinetic thumps and pulsing breakbeats, what to include? What to exclude? The hits “Open Your Mind” (no.38 in August 1991) and “One In Ten” (no.17 in December 1992) are not here. Replaced maybe by two previously unavailable tracks, “Spanish Ice” and “Metaluna”, a radical mash-up of hard-to-find earlier piece “Hear You Soon”, retitled to reference SF movie-classic ‘This Island Earth’, seguing into “Compulsion” which closed their 1988 debut LP ‘Newbuild’, in a neat closed-circuit back to the beginning. Can Dance-music be subversive? Or is it strictly functional? Jazz was once dance-music. Dance is a democratising medium in which the individual is subsumed into the rhythm. It can be a collective transcendental ritual, a trance-inducing route to oneness. It can be lots of other things too. A fad. A trip. A groove. As serious as cancer. The great social leveller. But from a time when Dance-music was a vital step more than just a commercial brand for merchandising product, 808 State dared to be musicians doing interesting things. 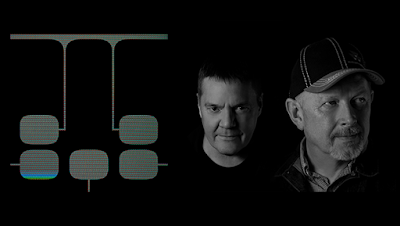 Posted by Andrew Darlington at 19:07