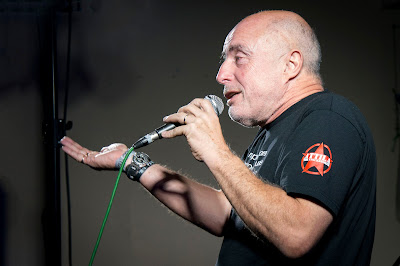 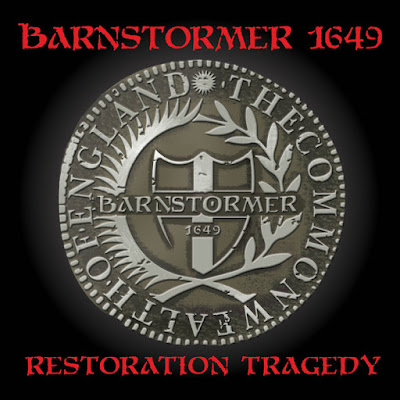 Worlds turn upside down, again. Cries for justice echo down the centuries – then, as we campaign today. Diggers, Ranters, Levellers, New Model Army, name-checking Seething Wells as well as Leon Rosselson… and progenitor Abiezer Coppe, all declaim a continuity of dissent. We know Attila The Stockbroker, he’s ‘been a Ranter for nearly forty years,’ he’s ‘done over three-thousand gigs and drunk a lot of beers.’ His stentorian voice fulminates, just the correct edge of grit, waking the dead for a wordy album of tricky rhymes inflicted with wit and precision. ‘Restoration Tragedy’ is an insurrectionary document, an incendiary Punk history with sideswipes at Corbynistas, esoteric as an issue of ‘History Revealed’ magazine, but direct as a kick in the head.
He ignites English Civil War tales of violence, betrayal, pain, chaos, madness and pride, bold and steadfast, staunchly republican. There’s a mighty crumhorn re-creating “The Battle Of Worcester”, with Jason Pegg’s breakneck guitar, Attila’s nimble viola and mandola, marshalled into line by MM McGhee’s drums. John ‘Attila’ Baine formed Barnstormer in 1994, to celebrate ‘The Siege Of Shoreham’ (1996), where the opening “March Of The Leveller” triptych first appeared.
A great album embodies the moment. This one spans centuries. 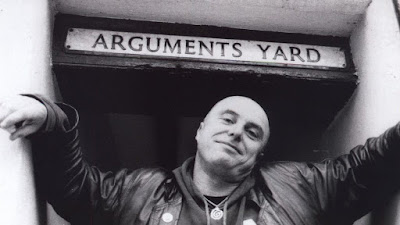 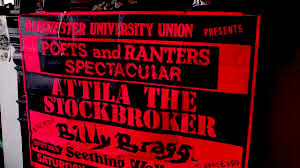 Posted by Andrew Darlington at 16:00