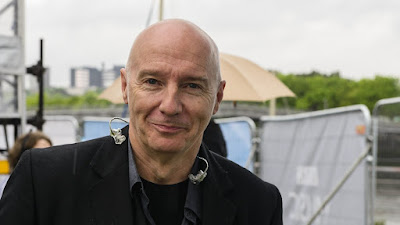 THE LEEDS CAMPFIRE TAPES
Live Review Of:
MIDGE URE &
MICHELLE SHOCKED
at the ‘Heineken Festival’, Roundhay Park, Leeds
(Festival runs 20 July to 23 July 1995, this is Sunday 23)
They chant ‘Ultravox’.
And Midge, in blue baseball cap and denim shirt hung out over his pants, snipes ‘they’re not here!’, amused, but dismissive. This is deliberate sartorial ineloquence from the one-time sharpest dresser on the block. But – after all, this is his ‘Out Alone’ acoustic tour. 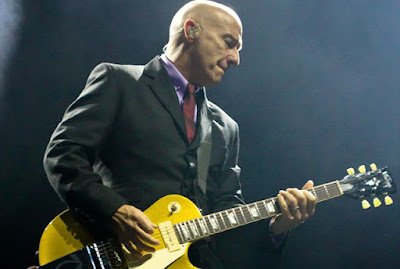 Some people are born unplugged. Others have unpluggedness thrust upon them. Then there are those who shouldn’t bother. Midge Ure has a long history running from teeny pin-ups Slik, and taking in neu-Romantic clothes horses Visage… and Ultravox. Yet he falls into category three. ‘Is this good or what?’ he demands. And yes, it’s something of both. “Hope In A Peaceful World” and a new song called “Fields Of Fire” are picked out by his guitar with some assistance from an accordion-banjoist and a balalaika-slide guitarist. He’s got a strongly attentive fan base here who hang on his every chord. ‘I’ve just spent three years making an album, which my record company say won’t be coming out for another six months’ he relates with just a trace of annoyance. ‘This is part of it,’ and he does “Fallen Angel”. What turns out to be ‘Breathe’ (BMG, March 1996) would be his fourth solo LP, but it’s the Ultravox stuff they’re here for, the hits from those winters of Disco-content. But when he does “Call Of The Wild”, “Dancing With Tears In My Eyes”, and especially “Vienna” they just demonstrate how perfectly the original electro settings were. The unplugged format slices away that austere glacial grandeur, while the resulting simplicity doesn’t really compensate. ‘In the life of every songwriter he should write just one protest song. This is mine.’ And he closes with “All Fall Down”. 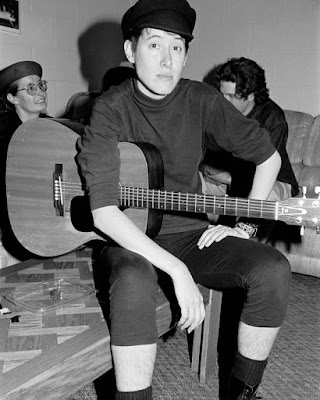 Michelle Shocked, all the way from the Texas to the Leeds Campfire Tapes, was born unplugged, and yet tonight she Rocks out with some personal and amplification electricity. She doesn’t want to impress – but feels compelled to. Barefoot and wide-grinning in a long straight dress, she roars through “If Love Was A Train” and “When I Grow Up I Want To Be An Old Woman”. But she plays the audience like a pliable instrument too, first verbally with a routine about censorship – the words you can’t say, and then she choreographs them. She’s surprised that “Cotton-Eyed Joe” is a Euro-Disco hit (for Swedish group Rednex). It has roots that go deeper, and dance-steps to go with it, ‘like the achey-breaky only not as stooopid.’ She develops it – what does the song mean? She was told early on that it means nothing. But could it be it’s REALLY a Pop song about abortion? And as she evolves the dialogue she starts off by demanding participatory handclaps, then a ‘Howdy Neighbour’ to the stranger beside you, and winds up with ‘the famous butt-dance,’ a wiggle-wiggling done as a grotesque ensemble knees-up.
And when she quits the stage, they chant for her. 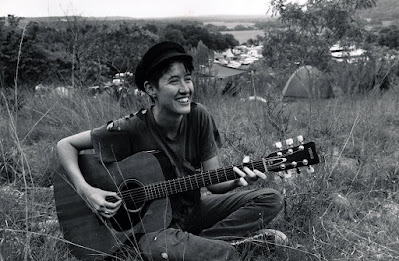 Posted by Andrew Darlington at 19:04