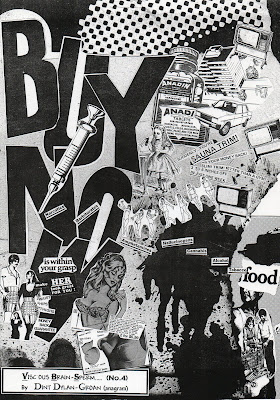 NEVER DONE SKUNK/
BUY ONE, GET ONE FREE
(with all due apologies to Samuel J Snort Esq)
own up, I necked a dozen rakis in a Matala cave & passed out,
roared off into the howling Homeric cretan neolithic mountain sunset
on a customised quad-chopper with a biker-queen, rolling in a night-sweat
of blind-visions where ecstasy is the janus-face of terror,
i still get the flashbacks, apocalypse in my head now,
but no, i’ve never done skunk
yes, i did the sacred peyote ritual with William Burroughs
after rampaging through rain-forests to the still clearing
at dead of night to the highest slant of an Aztec temple
hallucinating through the entire evolutionary cycle from
single-celled organism to the heat-death of the cosmos
but i’ve never done skunk
i burrowed my head in the Holy Grail full of purest Bolivian coke,
was wired nine-days straight on a tour-bus with Noel Gallagher,
but i’ve never done skunk
i ate a whole blotter of Stanley Owsley’s acid, got abducted by aliens
to the moons of Saturn where, using suction-pump cyber-appendages
they engaged me in various erotic acts not entirely unpleasant,
returning me to Leeds with cerebral implant microchips enabling
me direct telepathic connection with the shades of Gautama Buddha,
Leon Trotsky, Elvis Presley & Rin-Tin-Tin, but i’ve never done skunk
i downloaded Britney Spears, played her backwards, & uploaded her again
read this morning’s Daily Mail & briefly imagined i’d learned something
played a Coldplay album backwards & it still sounds shit
had nights of wild consensual sex with celebrity chefs
sat through a complete instalment of ‘Deal, No Deal’
i shagged Madonna – but then again, who hasn’t
had carnal knowledge of the beasts of the field
and yet i still haven’t done skunk
i gave up midway through ‘Ulysses’ eleven times
at certain moments of quiet repose i’ve found myself indulging
in dubious fantasy scenarios involving all three Bronte sisters
& Branwell too, i wrote, directed & starred in a series of low-budget
slasher movies in which i play both serial killer, & victims,
but i’ve never done skunk…
…or then again, maybe i did,
it’s just that i can’t remember
‘cos i was so totally spaced at the time…?

Posted by Andrew Darlington at 15:04