Countdown To The Nineteen-Hour Assassination Of David Cameron 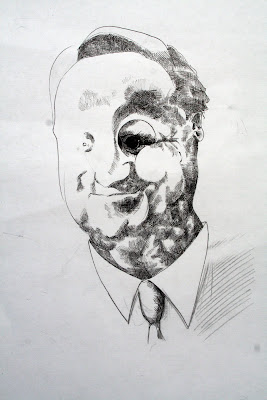 COUNTDOWN TO THE
NINETEEN-HOUR
ASSASSINATION OF
DAVID CAMERON

On the 17th hour…
David Cameron deletes the word ‘Socialism’
from Dictionaries and Wikipedia.
The Labour Party protest they already did this
during their last period in government

On the 15th hour…
David Cameron combines the Conservative Party Conference
with the Glastonbury Festival where 64 moderate MP’s are
found dead on portaloos. Cameron claims there’s no conspiracy.
Morrissey says 64 MP’s is not enough & nothing compared
to the atrocity committed in abattoirs every day.
He becomes a national hero

On the 13th hour…
David Cameron rests,
looks at all he’s done & pronounces it good

On the 12th hour…
David Cameron introduces the public flogging of
welfare scroungers televised live during the Lottery-show,
& available for catch-up viewing on YouTube

On the 9th hour…
David Cameron releases all schools from local &
national government control, while making it
compulsory to teach ‘Intelligent Design’, ‘Creationism’,
the myth of Global Warming, & sexual abstinence
before (during & after) marriage

On the 7th hour…
David Cameron re-launches royalty as a pre-bookable option,
terms include a 20-minute coronation, trooping the colour,
changing of the guard, & waving from the balcony.
All major credit cards accepted.
The Windsors (nee Saxe-Coburgs) seek asylum in Saudi Arabia.
The first 18-years of monarchy are immediately block-booked
by Japanese, Russian, Iranian, Texan & Indian interests

On the 6th hour…
David Cameron replaces Pounds Sterling with KFC,
Macdonald & Starbucks tokens, then makes the Bank of England
a wholly-owned subsidiary of Disney Corp

On the 4th hour…
during Question Time, David Cameron rams his arm up
Vince Cable’s ass, raises him into the air, &,
brandishing him like a grotesque trophy,
screams ‘it’s a puppet, it’s a puppet’