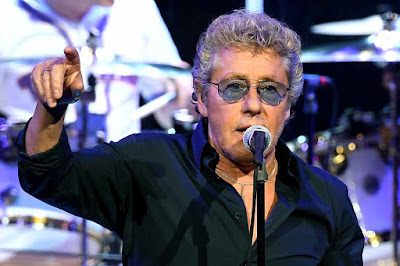 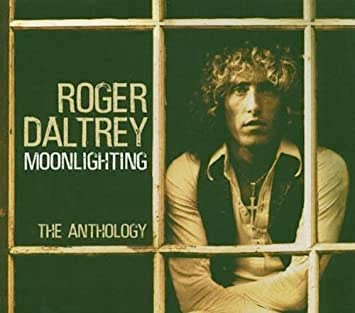 Mick Jagger’s done solo stuff. Including collaborations with Bowie and Dave Stewart. But – “Memo From Turner” excepted, outside the Stones’ canon, it loses meaning. Keef too. Pete Townshend’s done solo albums. Some of them pretty great. But outside the Who-context they lose, something. They’re career add-ons, footnotes to the authentic text. Daltrey more so. As an exact quarter of one of the previous century’s finest bands he’s up there forever. And there’s seldom a band in which all four corners were as equally vital. But cut loose from Townshend’s unique lyric-skills, particularly as his own writing is so slight, he’s at the mercy of other creative inputs. And considered apart, as a freelance singer, he has limitations. 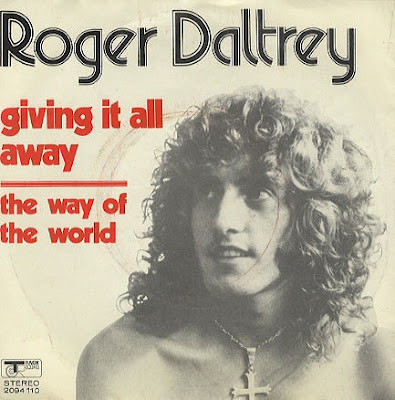 Moonlighting from his Day-Job as a useful unemployed vocalist-for-hire, he has a powerful voice, sure – we all know that, and it’s integral to so much classic vinyl, yet he lacks both the Blues rawness or melodic range of – say, a Van Morrison, Joe Cocker, or a Stevie Winwood, to enable him to create new relevancies. So he picks up early on young Leo Sayer to chart with his “Giving It All Away” (from ‘Daltrey’, his 1973 debut solo album). Through to Elton’s “Don’t Let The Sun Go Down”, taking in stabs at Gerry Rafferty’s “Stuck In The Middle”, Springsteen’s “Born To Run” (blustering ‘what’s the bloody first line?’), and even “Rock ‘n’ Roll” (with what sounds suspiciously like the original Led Zep backing track). Elsewhere – as a ‘one-man band’, he drifts from liquid funk – using some of the best session players around, to the plaintively attractive acoustic “Say It Ain’t So Joe”, from Gospel choir, to the big-band orchestration of “Free Me”, plus original-cast show-songs (“Mack The Knife”). With no direction, cohesion, or unifying elements. Sure, “Get Your Love” is a vibrant shouter with girl-group back-up, there’s a massive voice-roar on “Proud” (both from his second solo, 1975’s ‘Ride A Rock Horse’), but there are also passages veering dangerously close to Meatloaf bombast. 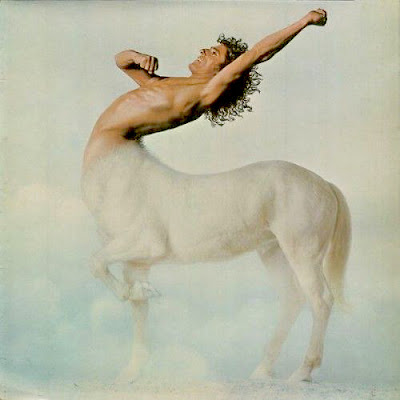 The title-track from his 1976 third LP, ‘One Of The Boys’, traces the evolution of a stammerer-on-the-dole into a Blues-player, and it’s tempting to pick over the lyrics for autobiographical references. Is ‘he knows his generation, like he knows his A-B-C’, or ‘the face in the mirror’ chock-full of clues? or what about ‘they were rebels in their day’ (“Martyrs And Madmen”)? and isn’t that the “Baba O’Reilly” synth-figure underpinning the Rock Operatic “Under a Raging Moon” (his tribute to Keith)? Predictably, the biggest cheers go to his live takes on Who songs, bringing on ‘one of my oldest friends John Entwistle – The Ox’, for “The Real Me”. Like his movies (“Without Your Love” comes from the 1980 ‘McVicar’ soundtrack), or his fish-farming, these are all entertaining distractions, away-days from the firm. Perhaps that’s unfair. Perhaps the image-associations of the Who are so indelible they skew his separateness out of frame? But it’s inescapable, we all know that his real contribution has been made elsewhere. It doesn’t need more. Nothing here convinces you of a viable alternative career.
Further Details from:
www.sanctuaryrecordsgroup.co.uk
Published in:
‘SONGBOOK no.7: Summer 2005’
(UK – August 2005) 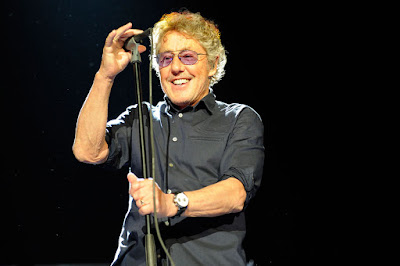 Posted by Andrew Darlington at 12:55