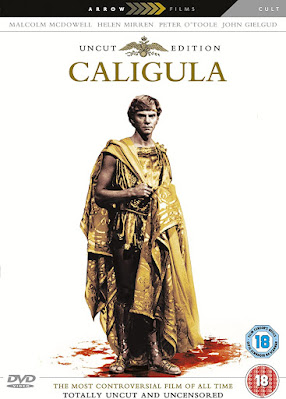 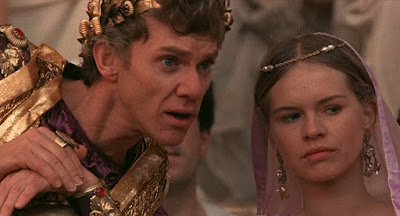 The past is another planet. Those who watched BBC-TV’s ‘Rome’ saw character motivations and loyalties that were comfortingly familiar to us all, fused with grotesque levels of barbarity and repellant alien strangeness to recoil from. We think we know Pagan Rome. We don’t. When it comes to fantasy empires nothing that Michael Moorcock, Robert Silverberg or Robert E Howard could contrive comes close to this stuff. Robert Graves’ ‘I Claudius’ illustrates exactly how emperors exert apparently limitless power without restraint, consequence or conscience, but equally, how they do so at the whim of the Praetorian Guard who can dispatch them, and their entire family in a coup the moment they prove inconvenient. And in an age of epic excess, Caligula’s rule has become a byword for gargantuan perversities.
He was an ‘extraordinary’ man according to Gore Vidal, ‘some think the most wicked young man who ever lived.’ He’s also one who’s story has been retold in the guise of multiple interpretations all the way through to MegaCity One’s insane ‘Judge Cal’ in ‘2000AD’ magazine. Through Graves’ eyes Caligula’s horrific debauches seem to be more a way of testing out those constraints, taunting Rome’s endurance recklessly. His ‘expedition’ to Britain results in his soldiers attacking papyrus reeds on the shores of a nearby lake, then triumphantly returning with the spoils of looted sea-shells. A jape that mocks the military, the credulity of the populace, and the pretensions of Imperial Rome itself – forcing limits to the tipping point that would provoke response, inviting lethal retribution. Although most of this is conjecture, the movie follows what is generally assumed to be known. Caligula succeeded his mentor, Tiberius, on the former emperor’s assassination, inheriting the city, the empire – the world. Ancient historian Suetonius who documents his perversities suggests Caligula may have murdered him. In this version, when Caligula loses his nerve, Macro does it for him. In a scene perhaps intended to echo one in ‘The Fall Of The Roman Empire’ (1964) Macro holds his hand in a naked flame to prove his loyalty to the new emperor, which doesn’t stop Caligula having him executed soon after in a giant mechanical contrivance for lopping off and harvesting heads. 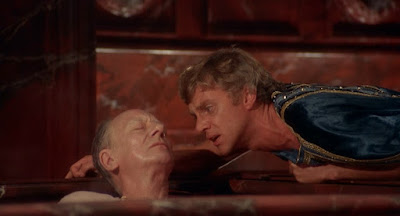 Tacitus adds detail. But the writings that survive were not subject to the rigorous objectivity we expect from modern historians, they all had their own axes to grind. The bare truth is, Caligula – nicknamed ‘Little Boots’, ruled from 37-to-41AD, starting off well until a near-fatal midpoint illness – possibly the result of poisoning, which knocks him off-course. His sister-lover Drusilla is the only thing he really cares for, and her death shoves him further into ultimate madness. Deep in decadence he instigates the ‘Imperial Brothel’ staffed by Senator’s wives, each five-gold-piece they earn goes to balance the civic budget. He makes his horse – Incitatus, a consul. Until his bloody assassination becomes inevitable, with Caligula’s expression fixed somewhere between exultation and amused vindication as it happens. To Gore Vidal, he ‘plunges into death’ as ‘the last great trip.’ His killers kick a severed head aside contemptuously, as Incitatus rears and canters away, a symbolism probably intended to represent Caligula’s untamed spirit escaping. He’s immediately succeeded by his stuttering club-footed uncle Claw-Claw-Claudius.
Following this time-line – as related in the generous bonus-DVD of extras, ‘Caligula’ started out from a script by Gore Vidal, who had already done uncredited script-work for ‘Ben Hur’ (1959). Later the movie became Bob Guccione’s prestige project, with the ‘modern publishing emperor’ bringing in Italian director Tinto Brass, banked by the overflowing ‘Penthouse’ coffers, with the bought-in power of ‘A’-list stars, the louche access to thirteen attractively bare ‘Penthouse Pets’ (including ‘Pets Of The Month’ Lori Wagner and Jane Hargrave), complete with the historical subject-matter to justify it all. In protest at the Tinto Brass ‘Hollywood-on-the-Tiber’ excess, Vidal subsequently insisted his name be deleted from the credits. Ponderous Prokiev and weighty Katchaturian set the portentous tone, undermined only slightly by such gaffes as the geographically exact modern European map on the palace wall.
Malcolm McDowell is at his most malevolently cherubic as Caligula, using the evil charm he perfected in ‘If’ (1968) and ‘Clockwork Orange’ (1971), and is still capable of unleashing in ‘Star Trek: Generations’ (1994) or NBC-TVs ‘Heroes’ (2007-2008). At one point his Caligula casually continues his conversation as he breaks off to urinate into the drapes. Peter O’Toole invests the vile syphilitic Tiberius with a sense of sinister reality, with his Capri grotto of speaking-statues, freaks and sexual gymnasts. And John Gielgud is Nerva, the patrician old pragmatic with republican sympathies. Long-suppressed, the film has been derided as up-market art-porn, opulent sleaze, big-budget smut. What Helen Mirren calls ‘art and genitals’. And yes, it’s all that, the elaborately-staged sex and orgy scenes are unexpurgated, explicit. The violence is stomach-churning. But there’s a palpable air of madness, which to Guccioni is merely part of its ‘historical accuracy’ – not pornography but what he insists is ‘pagan-ography’, and hey, that’s the way it was. The past is another planet. 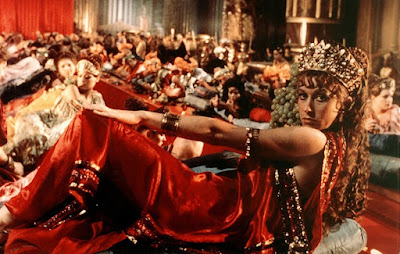 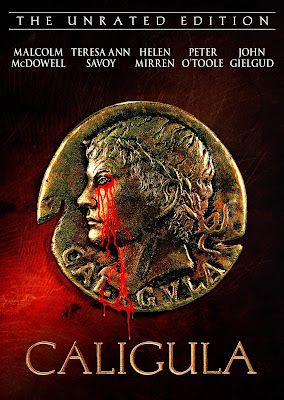 Posted by Andrew Darlington at 20:03

Are you heartbroken or thinking of how you are to live the rest of your life with Herpes? I'm here to tell you to cry no more, for Dr Osato is here to help you with the cure for herpes. I was diagnosed with genital herpes in January this year and I have been searching and asking questions to see if I could get something to cure the disease because I did not believe what the doctors say that no cure is found yet. I came across a comment on Youtube and the person testified how she was cured from herpes1&2 after using Dr Osato herbal medicine. I quickly contact Dr Osato on email and explain my problem to him and he prepare the herbs and send it to me through UPS and gave me instructions on how to use it and tell me to go for checkup after usage which i did after two weeks of taken the herbal medicine and my result was NEGATIVE  and my doctor confirm with me that am completely free from herpes. I'm so happy and grateful to Dr Osato for curing me from herpes and I will continue to share this for people out there to know that there is a cure for herpes. Dr Osato also has the cure for different types of diseases and viruses like HERPES, HIV, HSV1&2, DIABETES, CANCER, VAGINAL INFECTION, HPV, Sickle Cell, BLOOD PRESURE Cold Sore ect. You can contact Dr Osato on email and WhatsApp.... Email: osatoherbalcure@gmail.com or WhatsApp +2347051705853. His Website is osatoherbalcure.wordpress.com

Dr Osato herbal medicine is the best remedy for herpes and you can contact him today to get cured.

Am Robert Mitchell USA , How i purchased Willy Wonka Golden Ticket from Wal-Mart #2605 in Gallipolis and won $15,000, It still feels incredible that my life has changed and I thank Dr Prince  everyday for his help. It is the best feeling in the world knowing that I am financially secure.Dr.Prince has proved that all the comment that i have read about him are all true, I am saying this now because before i contacted Dr.Prince i was having doubts if all what i have read about Dr.Prince are true but after contacting him, i believed that Dr.Price  is truly powerful and his spell has the capability to Win all kinds of lottery All thanks ontact him today via obinnaspelltemple@yahoo.com  His website https://obinnaspelltemple.com/