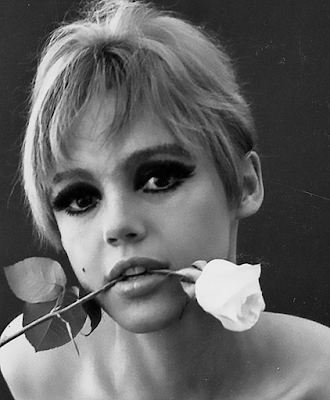 Just two decades, brags this book, belong exclusively to youth – the thirties and the sixties. And, published at a time staked out emphatically by the grey geriatric power fantasies of Ronald Reagan, Margaret Thatcher and Yuri Andropov there’s understandably a tendency to get a stiff neck from over-the-shoulder nostalgic glancings. Yet there’s sufficiently thick veins of allusion and allegory hefted together into this book to make it a pure depth-charge genotype of an era. Edie Sedgwick’s confused ‘poor little rich girl’ rejection of her privilege, her frantic ‘chemical cycle’ involvement with the Andy Warhol Factory art-porn fringe lunacy, and her drug-death in 1971 all conform so clear to stereotype that she dictates the perfect script for a ‘Swinging Sixties’ movie. You can probably guess the cast yourself. Her tale is both sufficiently anonymous for it to be generalised, yet specific enough to be an archivist’s dream. A potential enforced by the technique of constructing her life through gossip-column style quotes laid out under a starry punctuation of celebrity names. Those quoted or referred to in that bold type includes Bob Dylan, Truman Capote, Norman Mailer, Bob Neuwirth, Mick Jagger, Gerard Malanga, Paul Morrissey, Andy Warhol himself, and it goes on… 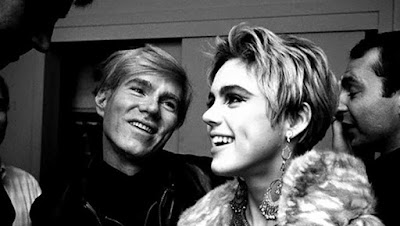 Like Patty Hearst, Edith Minturn ‘Edie’ Sedgwick (20 April 1943) was a debutante born into wealth and secure conservative placidity, life mapped out ahead in predetermined traditional blue-blood blueprints. And like Patty Hearst, she ditched it all through a bizarre combination of rebellious boredom and class guilt to flirt with the outer limits of weirdo decadence. There’s a strong element of spoilt brat – something of trading conformist father figures for new equally repressive and lethally destructive underground-model father figures. Trendy slumming until your fingers burn. But few burned more brightly that Edie, permanently addicted to the adrenalin rush of ‘cruising in on death,’ as described by that other Warhol protégé, Lou Reed. Edie did soft-core skin-flicks, she did LSD while driving her Mercedes, she ran naked down Park Avenue high on a speed-heroin-coke cocktail, she was anorexic and had an aborted pregnancy while in psychiatric care. She’s photographed in the New York ‘Scene’ Disco with Mick Jagger. And Bob Dylan ‘liked Edie because she was one of the few people who could stand up against his weird little numbers. He was always in an adversary relationship with women. He tested people, but respected Edie’s spirit, and her strength in being able to deal with him, and that she didn’t wither. They say he wrote “Just Like A Woman” about Edie.’ 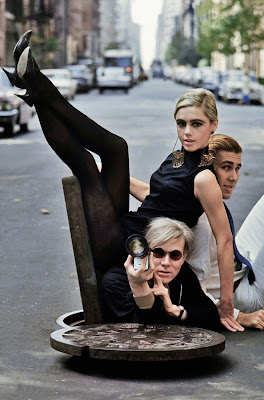 Yet she remains more a symbol than a person. She’s the offstage figure they all refer to as the catalyst or extension of their own excess. To Warhol she’s a blank image to replicate in endless identical silk-screens – like Monroe. To Dylan she’s a song subject. To Jagger an early prototype Jerry Hall, selected as visual accessory. The fact that she died at twenty-eight (16 November 1971) neatly encapsulates her into her period. The girl on fire. It makes what she represents clearer, and the conclusions that bit more conclusive. Dylan converts to Christianity, ‘Tanya’ Hearst marries her bodyguard and opts for cosy domesticity, Jagger devolves into parody and Warhol into mere fame. But Edie is still here. Still burning. 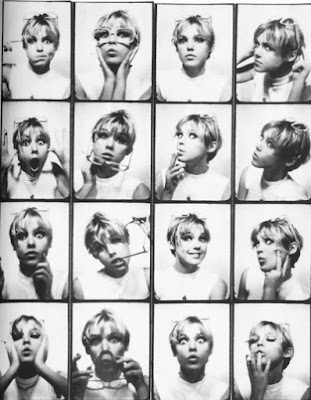 Posted by Andrew Darlington at 14:10