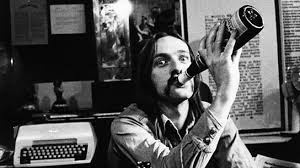 ‘It’s nice having hair when you’re fifty’ he says, scruffing his fringe into a sub-Mohawk spray. For the first few numbers the spotlights don’t work, so Alan Hull is reduced to a hook-nosed shaggy-bearded cameo by poor backlighting. And he starts with “Money Game”, a song with an odd word-heavy construction where phrases curve and die. It dates from his ‘Pipedream’ (1973) debut solo album – the one with the René Magritte cover-art, so it hits the nostalgia circuits at the back of your head. Then he goes from “Poor Old Ireland’ (from Lindisfarne’s ‘Dingly Dell’, 1972) through to “When The Gun Goes Down” (1996) which runs ‘call me romantic, call me a clown’. And already it seems he’s probably located at some point midway between those two self-definitions.

At first it’s difficult to judge exactly what he does do, or why we are here to witness it. Lindisfarne? A fistful of catchy Folk ‘n’ Rolls in bursts of prominence scattered across the last two-and-a-half decades. Is that it? He looks fairly ordinary in his shapeless pale blue open-necked shirt hung out over white pants. But yes, the songs are good, even in shaggy-bearded cameo. He’s there watching Blackstone Edge before his set begins. You can see him from the corner of your eye, leaning close into the big ‘Judge Dredd’ pinball machine. Katye Grady wears a long blue William Morris-print dress and sings “Polly Parker” and the Fairport’s “Raven” clear and high. Robin Kershaw joins her for a ponderously slow “I Know Where I’m Going” and “Friends” from their ‘Gypsy’ CD (Granite GRACD001, 1995), recorded at the Fairport’s Woodworm Studios, where they’re backed-up by Tony And Penny. But it’s powerfully strong even in tonight’s stripped-down intimacy of a music-room over a Wakefield pub. 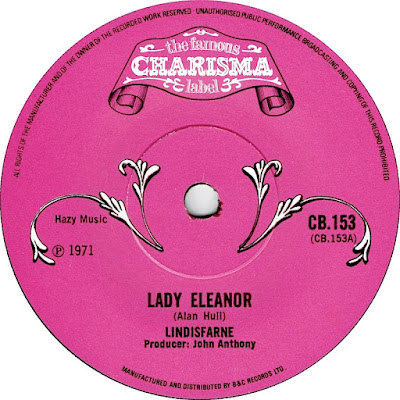 Then THEY watch as Alan Hull does “Walk In The Sea”, a lyrically Paul Simonesque ‘Play For Today’, and the Lindisfarne hit-ette “Tear It Down”. It’s around this point in his set that things begin to fall into place. Alan – with back-up from Dave, wears his North-East roots light, but indelibly. And when he sings ‘one day the machine might turn on’ you know which streets he’s walking. The lighting has been adjusted now. So sharp you can even see the fingerprint smudges on the black veneer of his guitar. And he’s singing ‘the trouble with your vision is keeping it straight’ from his live ‘Back To Basics’ (1994) set cut at the Mean Fiddler on Charing Cross Road. And when he gets to the stoned surrealism of “Lady Eleanor” – a ‘belly-dancing beauty with a power-driven saw’, it begins to clarify further. It’s still difficult to label exactly what he does, or why it works. Because it’s not magic, that would imply some sort of trickery. It’s not even down to skill, because that seems like it’s learned. What he has is the kind of easy ability you don’t see often. It’s related in some way to his connection with our shared reality.

He can do “Winter Comes Howling In”, and contrast it with “Day Of The Jackal” – an oddly disturbing terrorist diatribe that goes ‘I’m only twelve years old, but I know how to shoot’. Then switch moods equally effortlessly with the sing-along sexism of “Country Gentleman’s Wife”. The audience is small, but beautifully informed. And by the time he’s confiding Paul ‘Gazza’ Gascoigne studio secrets from the session that yielded them a joint no.2 hit in October 1990, we all listen. The ordinary is still there. But now it’s illuminated. That’s what he does. That’s why we are here to see it.

Of course he closes with the Dope Dealer mythology of “Meet Me On The Corner”, “Run For Home” – ‘this is me life-story’ he confided, and a “Fog On The Tyne” so ludicrously stylised and audience participatory that it’s a joy. Then an ice-clean “Clear White Light”. Everyone knows the words. But by now, that’s just an added bonus. 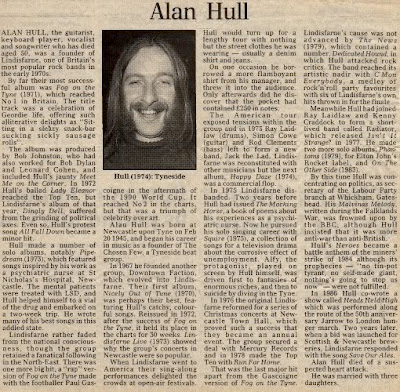