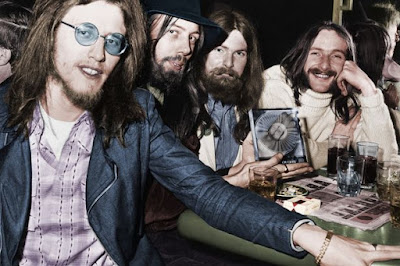 The Jam Beat Surrendered, and split up, but the celebrity process is inexorable. John Lydon will always be a Sex Pistol. Just as Paul McCartney will always be a Beatle. Fight he may, but Paul Weller will always drag that Jam corpse around too, like it or not. It must have been logic somewhere along those lines – catalysed by cash deficiency, that led to Lindisfarne’s reformation a year or so back. 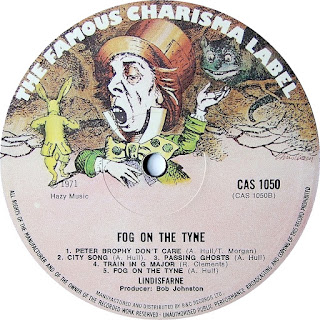 On stage in this Leeds exhibition hall, a cavernous converted tram-shed with acoustic echo-trap that loused up a couple of ‘Futurama’s, they look less hairy than I remember, a stripped-down format of shirt-sleeves, trimmed beards, some clean partings and cleaner harmonies. They carry a weight of ghosts, and they parade them intact. “Meet Me On The Corner” was the “Come On Eileen” of the 1970s dope-smoking set. Then there’s “Lady Eleanor” with its jangling mandolin shading, and the anthemic “Fog On The Tyne” which derails potential sing-alongs with a fast choppy Bo Diddley riffing. There’s some synth sleight of hand but the reference points shaping up their relaxed tightness remains Ray Jackson’s jaunty swaggering harmonica and Alan Hull’s broad Geordie elocution. All wrapped around the brand of electric Folk-Rock they served up at the Nostell Priory and Cambridge Festivals. And at the Wakefield ‘Pussycat Club’ where I saw them supporting ex-Byrd Gene Clark… or was he supporting them? 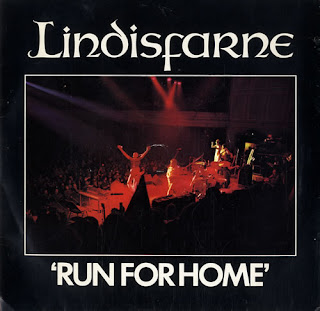 And if the interminable “We Can Swing Together” takes on embarrassing aspects of a Pantomime Community Song spot, they grab themselves back from the brink of aspic scampi-and-chips-belt preservation with a shot of contemporary stuff. They may have surrendered to the inexorable – and lucrative, nostalgia process, but they pass some considerable voltage through the memory corpse they drag around with them in the lethal political violence of “Cruising To Disaster’ – with satiric lyrics running ‘the White House up on Capitol Hill, a fortress to freedom, with a licence to kill’, from their ‘Sleepless Nights’ (1982) album, and the melodic 1978 on-the-road air-time hit “Run For Home”. The dramatic rejections and role tantrums have now been replaced by a peaceful co-existence with their past. Perhaps that’s a more viable route to travel? 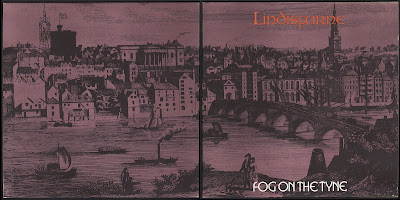 Posted by Andrew Darlington at 17:55