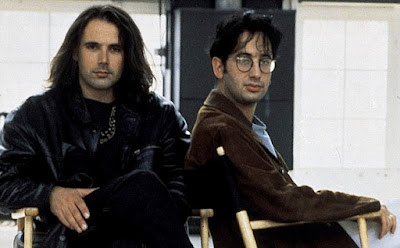 THE NIGHT THAT COMEDY
BECAME THE
NEW ROCK ‘N’ ROLL…?

Was this David Baddiel and Rob Newman tour the moment
when Stand-Up Comedy became the New Rock ‘n’ Roll?
This duo tour culminates in a sold-out Wembley Arena gig
in which they play to a 12,000 capacity audience.
The two part company immediately after…

You know that ‘Mary Whitehouse Experience’? You liked that, you did. That was your favourite TV programme, that was…

‘Do you ever feel you want to shag an actress?’ yells a female voice from the audience.

‘Can I see your Equity Card?’ retaliates Rob Newman quicker than I can write it. 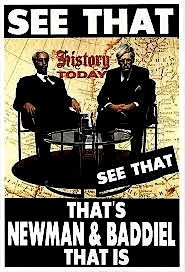 If Benny Elton is passé, and Benny Hill is passed on, then this is where nineties comedy is happening. The first ‘Hairy Whitemouse Experience’ goes out on BBC Radio One 10 March 1989 as a sound-only half-hour of Stanley Knife satire and amphetamine stand-up psychodramas. Four series later, it transfers to BBC2-TV – 3 October 1990, in time for a Gulf War censorship wrangle and slickly sick gags so well targeted that the Scuds don’t stand a chance. With Steve Punt and Hugh ‘Milky Milky’ Dennis (former Jasper Carrott/ Phil Cool scriptwriters), the second series ditches the radio ‘scars’ to better crack the televisual medium. But, while it’s still dangerously venom-tipped, with dark eruptions of the hard sharp and fast, it shoves scatterings of the scatological at the expense of the topical, and seems to have moved a few stalls downmarket.

So, Say Kids, what time is it?

And any doubts about quality-slippage get well-stomped. Anarchic and spontaneous, they also achieve some depth, some pain, and an oblique intelligence with the advantage of the richer, more fulsome vocabulary the idiot box denies them. The stage is largely bare, but – when it’s down to strict verbals, they’re well up to it. In separate sequences, Mrs Whitehouse’s bastard sons assemble distinct personal identities, united only by their black neuroses and exploitation of post-adolescent uncertainty. Rob Newman draws from – what he quotes Anthony Hopkins as calling, ‘debts of rage’, aiming his ‘irrational anger’ with sniper’s accuracy at anything and everything he despises, from the charity Fred-Aid to Heathcote Williams’ epic eco-poem ‘Whale Nation’, interrupting it only long enough to do a spot-on Cure send-up – Robert Smith with lipstick applied by Stevie Wonder whining ‘riding along on the crest of a wave’, followed by a burst of strobes to ‘flush out the epileptics’. 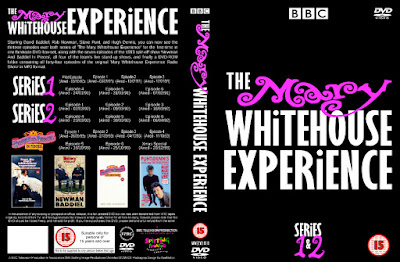 Meanwhile, David Baddiel develops his manic-depressive ‘anxiety’ which can be existential, sexual or racial – at school, he was beaten up twice, first for being a Jew, then for being a ‘Paki’. He slouches, like a dog’s beanbag, while unravelling uncomfortably articulate mockery well beyond TVs event horizon, sometimes so close to the taste fragmentation point that the laughter comes nervously premature. He begins with a serious point, ‘we recently had our first drive-by shooting…’ which gets a huge laugh before he’s even begun the related comic observations. Something even he protests! But he’s educational too. Did you know that ‘felching’ is ‘sucking your own semen from your lover’s anus’? No, I didn’t either, but he develops a routine around just that. A routine that’s not aimed at the faint of heart, and one that’s delivered with the fixed downbeat expression of a man who has to pay a forfeit by fucking Veronica Dribblethwaite.


Together, the Whitehouse boys extend their TV characters and situations – the two musty old debating Professors, Edward Colander-hands, and Newman’s ‘Ray’ who is cursed so his every utterance sounds like an ironic put-down. ‘Oh Boo-Hoo-Hoo, wasn’t it sad about Benny Hill… and Frankie Howerd.’ And, already, the first slight hint of each sketch provokes the kind of instant audience recognition factor that, previously, could only be claimed by the latter-day Pythons. While, in the foyer, a Rock Star-cum-Sex Object turn-over of ‘Barely Gobshite Experience’ videos, books and tour T-shirts feed the post-Smiths Indie generation that Rob and David seem to have inherited.

As the two debating Professors might say, ‘this was your favourite gig, this was. You liked this one, you did…’ 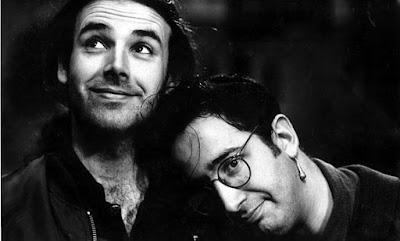