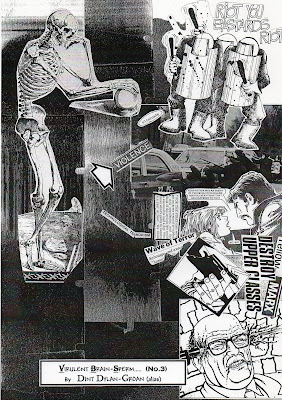 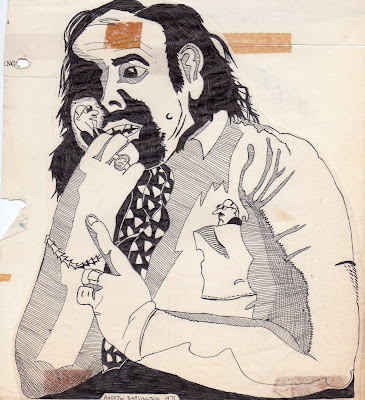 EAT THE BANKERS
(With apologies to Mick Farren & The Deviants, and Armando Iannucci)
come gather round people, gather round friends
today is the day civilisation ends,
get together for recession’s dance,
& loot the shopping mall while we still have the chance
outside my gate i watch the mailman weep, actual blood
outside the school i watch lecturers conspire with parents
to construct a giant wicker turd, urging feral children
to hurl coins at its eyes, slouching into town i watch
100,000 protesters parading torches the other way
their bones form long shadows on the street, cast
by the burning equity trader who shrieks
‘this really is going a little too far’
while carrying a pink ceramic pig,
come gather round people, gather round friends
with your pension-fund plundered, loot the shopping mall
with your factories closed and income sundered
eat bankers, they’re rich in protein,
drizzled in the extract of toxic corrosion,
fattened on unearned wealth,
basted on bonuses, matured in greed…
i listen to the tempest-tossed street-sleeper
with his spare change crying a recurring loop
he ups his pitch, and ups his ante, the hedge-fund manager
raises his brolly and aims it at his brain, weighs his options
i weigh mine, he taps me on the right temple three times,
but the only thing that connects is the wall street spark
arcing from one abyss to the other, dow jones, FTSE 100,
the bourse, hang seng index, the square mile,
come gather round people, gather round friends
when your children’s eyes are wide with hunger,
let them eat bankers, they’re nutritious and tasty,
if the ethics of sweet cannibalism causes concern,
don’t worry, the banker is a parasitic organism,
its DNA more closely related to fungus, trust me, it’s OK
so come gather round people, gather round friends
today is the day civilisation ends,
get together for recession’s dance,
& eat bankers while we still have the chance
as i crawl home eye-less through blood-red twilight
i see the family across the way crouch
on their knees in the conservatory wailing torment,
more cower beneath the empty breakfast bar,
one child screams ‘damn you all to hell’ at the TV,
at midnight the father shoots his four children
all in time to the news-chimes, during the sixth
he turns the shotgun on himself
come on friends, we might be nearing the end of all things
our time on the planet might have run its course,
some say we must conserve, while i’m thinking the opposite
if this is the day civilisation ends, & we’re counting-down the
end of history, let’s have fun destroying the things we have left
and gorge ourselves on the corpses of the tax-dodging
bonus-guzzling pension-pinching financial system…
come give me your tired, your poor
your huddled masses yearning to breathe free
the wretched refuse of your teeming shore
send these, the homeless, tempest-tossed to me
and let them all eat bankers…
Posted by Andrew Darlington at 13:32 1 comment: 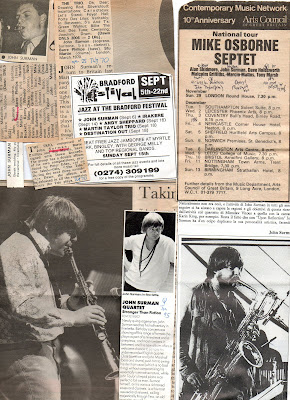