Poem: Meditations On The Disappearance Of The Independent Record Shop 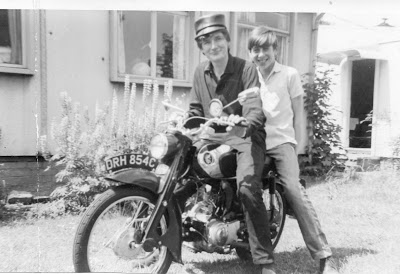 MEDITATIONS ON THE
DISAPPEARANCE
OF THE INDEPENDENT
RECORD SHOP
/ ROCK ‘N’ ROLL IS DEAD
curse you, you gleam of vinyl, you spiral scratch of groove sublime,
curse you, for your magic hath prevailed against me at 33, 45, & 78rpm,
curse you, my beloved electric vampire, for the surly theft of my youth, & yet
you were my youth, from beats to brats in fractured tracks, I loved thee
for 50 yrs of bohemian life, I was pretty much mad for you, devoured you,
mainlined on your subatomic dark-matter stylus-fluff particles, got high on you,
my head a mess of matrix no’s, chart positions, composer credits in neat haikus,
yet what use my curses? your gonzo trash-aesthetic delineates my psyche,
your inherent vice and psychedelic romps define the Elektra glide of my dreams,
& now, as estranged lovers, you are no more,
there is no reason why, EMI, curse you where you lie,
let my curses reach you wherever you are and never may you rest,
once was I record-shop revenant by day, poet by night, licking surrealism off
laminated sleeves, off bebop, hiphop, ‘King Tubby Meets the Rockers Uptown’,
Capt Trips, ‘ZigZag Wanderer’, sweet Gene Vincent, Elvis, living on the flip-side,
in the liner notes, your garage-acid corrosive to reason & everything
more profound than thee, which is everything, Johnny, Joey, DeeDee, good times
curse you through sentient interstellar lifeforms radioactive with vinyl blackness,
let thy very shadows be accursed, let the power of my oath find thee, even there,
let my curses be heard even though you veil yourself in melancholy darkness,
even though you lie in flip-boxes alongside Count 5’s ‘Psychotic Reaction’,
X-Ray Spex’ ‘Identity’, Cabaret Voltaire’s ‘Nag Nag Nag’, changes, forever,
let me go down & dwell in the pit of desolation, for never shall I again hear thy like,
no Les Paul’s, no Link Wray, no lost ‘B’-sides, no Joe Meek, all is folly,
for who can reach those who sleep beneath the wings of techno-obsolescence
where not even thy devotees can hit on thee?
Curse You (Falettinme Be Mice Elf Agin),
curse your a-wop bop-a-luma a-bop-bam-boom,
curse your goo-goo-g’joob, curse your Biff Bam Pow,
sometimes withdrawal hurts so good,
once more you count yourself in, 1-2-3, 1-2-3, restart your jittery vibes,
curse you as you’re born again in jewel-cases and mp3 downloads,
may you be reborn accursed, let you be utterly accursed
from the hour of your digital rebirth until sleep again takes thee,
yea, then be thy thrice-accursed, for then shall I overtake thee
with the great vengeance of betrayal, and utterly destroy thee,
for yea, though Rock ‘n’ Roll is dead
it sure leaves a sweet-smelling corpse…
Posted by Andrew Darlington at 18:17 4 comments:


Based on a review of DVD: ‘DENNIS WHEATLEY: A LETTER TO POSTERITY (THE BOOK PROGRAMME)’ (ARC / BBC Scotland / Lion Television – 2005)
Additional research from:
‘THE DEVIL IS A GENTLEMAN: THE LIFE AND TIMES OF DENNIS WHEATLEY’
by Phil Baker (Dedalus, 2009) Review by Luke Jennings in ‘Observer’ 8th November 2009 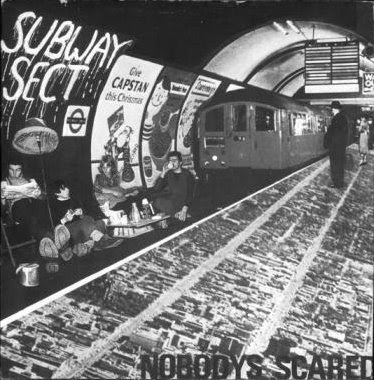