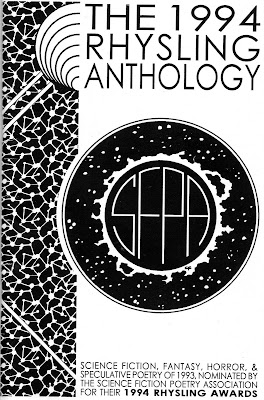 BEAUTIFUL PAGAN /
ON QUANTUM
PHYSICS
AT THE EDGE OF CHAOS

in this flame-dark land
my lips are stolen
by wolves

my eyes extinguish
in pools of bone,
my own and others

under ghost moons
we skirt the isle
of weeping statues
fearing its corpse stench, its
horrible miscegenation of form
and the grotesque putrefaction
of each carapace, and
nowhere finding life

beautiful pagan,
you who gnaw my waking dreams,
I tell you this so you may know
of the sunken citadel and
its web of spider’s limbs
that you must fear it, yet
know that somewhere far north
beyond this derelict land is
the world forever lost to me
that they must never reach 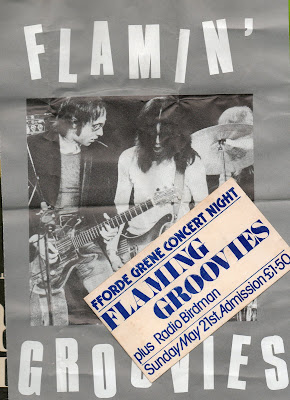 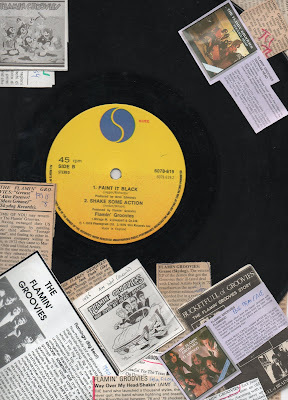 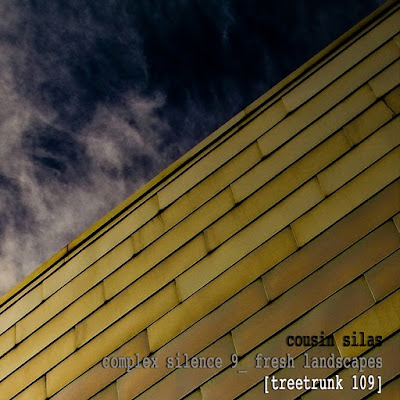 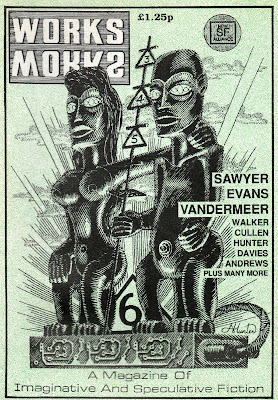 Album Review of:
‘COMPLEX SILENCE No.9:
FRESH LANDSCAPES’
by COUSIN SILAS
(Treetrunk Records 109, November 2010)
Free download from
http://www.archive.org/details/Complex_Silence_9
Shimmering on the edge of forever. Being and nothingness. A single note. Then another. A cluster of notes. Another cluster. So chilled-out it’s as frigid as the atmosphere of some distant sunless planet. You thought Philip Glass was minimalist? You thought Moby was glacial? They’re nothing compared to Cousin Silas. Future-music was intended to sound this way. The soundscape of ‘Bladerunner’ cities, of spiralling galaxies turning in infinite slowness. Of falling through the tenuous strands of a nebula. Vibrations on the theme of the universe, its atmospherics form the background shadow-radiation remaindered from the Big Bang. “Northcoates Point” is an impressionistic sound-poem that uncoils as still as an exhalation of breath (yet it’s named for a Lincolnshire naturist beach near Cleethorpes!). Tides of stillness swirl around “Pollard’s Moor”. The near-imperceptible hum of sub-atomic particles in incremental flux.
Pause. Once… in a previous lifetime David W Hughes piloted the innovative SF magazine ‘Works’ from Huddersfield. And while there are geographical reference points to that, thematically it’s a continuity linked more into the desolate landscapes of “Vermillion Drift” and “Concrete Island” on his dedicated JG Ballard album-suites. And under his Cousin Silas nom-de-guerre he’s prolific, select from any number, try the anatomical ‘Adrift Off The Islets Of Langerhans’ (Earthrid) found elsewhere among his free-downloadable back-catalogue. Here, “Something Landed In The Forest” buzzes, saws and scratches like mosquitoes disturbed by a settling extraterrestrial organism of wondrous strangeness. “Standege Tunnels Disused” takes it yet further into a disturbed silence as shapes pass by or chatter in the luminous darkness. Actually, ‘Standedge Tunnel’ is on the Huddersfield Narrow Canal overlooking Marsden Moor, although here it’s mixcrafted into elliptical musique concrète zones. Where it provokes words like ‘ambient’. Where it suggests music for installations at pristine white galleries. With its micro-adjusted spacial geometry as a form of soft brain-washing. A contemplative therapy for atheists. But in a good way. A single note. Then another.
Posted by Andrew Darlington at 18:42 No comments: 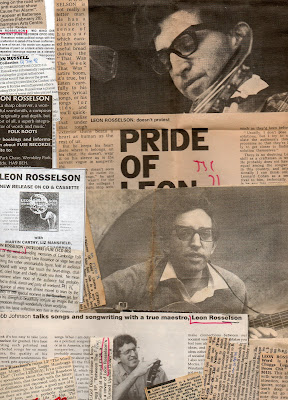