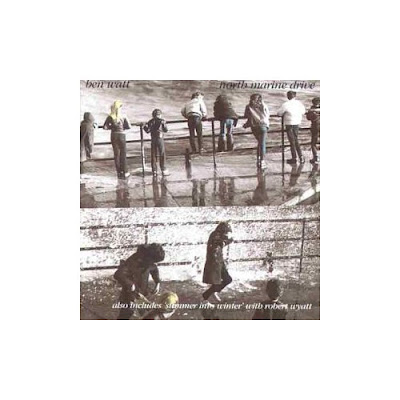 ‘EVERYTHING – AND THE GIRL’
an interview with
BEN WATT & TRACEY THORN
(collectively EVERYTHING BUT THE GIRL)
They’re now known as the Dance Duo responsible for
‘Walking Wounded’, ‘Amplified Heart’, and beyond, plus
high-profile Club anthems and cross-overs with the likes
of Massive Attack, Todd Terry, and Deep Dish...
But when I met Ben Watt & Tracey Thorn they were
impoverished students making acoustic music
on the outer limits of Indie Folk… 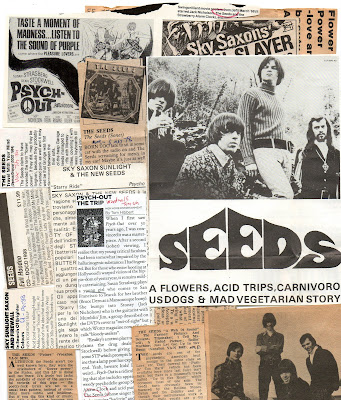 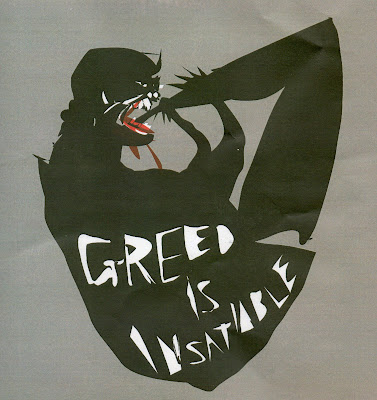 
Published in:-
‘QUARRY no.5’ (UK – April 2008)
First reactions to this are - yes, it's a poem of two parts. The eco-warning. Then the soft seduction. Wrong. The over-riding male priority in any given situation is to get laid. This poem is meant to chart a calculated Global-Warning equivalent of the 'this could be our last night together, I may not return from the dawn bombing raid over Dresden. Let's take comfort in each other's arms while we still have time'. Survival of the selfish-gene maybe, but it's probably an equally valid seduction-scam for every soldier shipping out to Afghanistan... or to us all on the brink of environmental armageddon...
Posted by Andrew Darlington at 22:58 No comments:

He breathed heavily. Turned towards the tavern. His feet pacing the narrow overgrown cobbles towards the door. His sandals were not intended for use on grass-tufted Breton sea-fronts. Yet they were part of the regalia of his race. He wore them accordingly without consideration for comfort. The door admitted him reluctantly. Suspect smoke was lacerated by dim lights, punctuated by the eternally cyclic music. Men formed clusters of drab colour around the bar. Couples drifted through the haze of conversation in high crows of swarming laughter, hallucinogenic fumes and music. Mchenga’s eyes stung and glistened for a moment. The irritatingly sweet smoke found his nostrils. His throat was dry. He suppressed a sneeze. With a vivid rush of nostalgia he realised that it had been over a year since he’d last tasted coffee. Not since his arrival on this northern sub-continent. For coffee to have reached such a northerly point it would have had to have been imported from Africa. It would have had to have followed the twisted and eventful journey taken by his expedition across the decaying landmass. Such a venture would have been as physically impossible as it would have been economically pointless. The alternative cheap local wine or herbal tea did not excite him.
His eyes stabbed the haze questingly. Settled upon a group clustered about a corner table beneath a political poster in French that was outdated by a century. No-one seemed to notice the bizarre juxtaposition of the red-robed figure. There was an irritating aroma of stale sweat.
‘Ineke Breuning?’ he demanded. The eventual affirmative reply was a space between long silences.
‘I was told you could be of service to me.’ Mchenga spoke with deliberate care. As though unfamiliar with the language. Although, apart from inflection and dialect, he’d spoken it all his life.
‘You were told that, were you?’ His frown a question-mark incised in tanned leather. Breuning, was probably in his late-thirties, a heavy beard devouring his face, with curly rust-blonde hair that moved across his shoulders as he turned his head. No longer young, his face had compensated by acquiring a patina of menace, gravity giving his mouth a permanent frown. He assumed a look of habitual boredom that only the alertness of his eyes belied, and they were partially obscured by thick drooping brows.
‘You have a motor-yacht, Mister Breuning.’ The African sat down, leaning forward to accentuate the words. ‘I understand you sometimes have occasion to beach across the channel.’ Mchenga nodded towards the door to indicate direction.
Silence. At length, without looking up, the Breton measured his phrases evenly. ‘It would be foolish, would it not, for me to confirm such a… rumour, without knowing a little more about the questioner?’ He grinned an amiable gap-toothed grin.

Posted by Andrew Darlington at 21:53 8 comments: