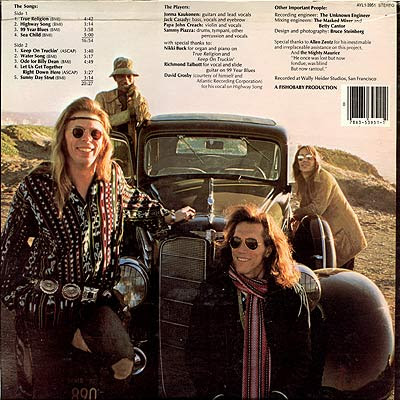 KEEP ON TRUCKIN’
Album Review of:
‘FIRST PULL UP THEN PULL DOWN’
and ‘BURGERS’
by HOT TUNA
(T-Bird2 0041CD) www.t-birdrecords.com 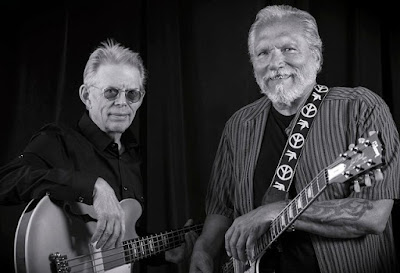 ‘Keep On Truckin’’ was a slogan ripped from an iconic 1968 Robert Crumb cartoon in ‘Zap’ comics. It spread like a rash across underground magazines, T-shirts and pretty much everywhere else. So what’s it mean? In ‘The Simpsons’, Marge admits to Lisa ‘I didn’t know then and I don’t know now’. Blind Boy Fuller wrote the song it was lifted from, and for him it was most certainly a sexual metaphor. It later became – not quite a certified hit, but at least Hot Tuna’s most recognisable song-title. A stand-out track from their third album, but a part of their live set from the start. There’s a tale that the group’s name came about as they sang ‘tell me, what’s that smells like fish pretty mama, I really would like to know’ – a line not entirely unrelated to aspects of female genitalia, when an audience wag yelled out ‘Hot Tuna’. 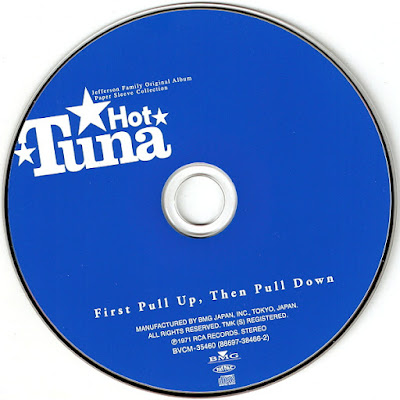 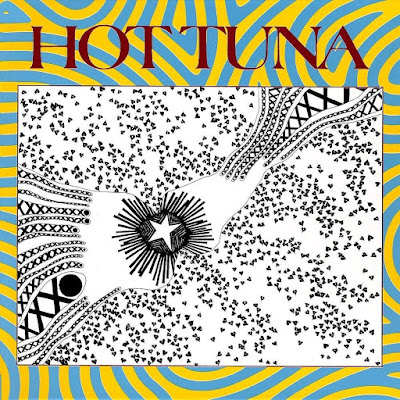 Freed of Airplane’s commercial constrains, and as Airplane wound down, Tuna’s splinter-group status grew more central. Benefiting from fiddle-player Papa John Creach, whose violin input is versatile enough to add a scratchy resonance to “Been So Long” (on ‘First Pull Up Then Pull Down’), a supernaturally eerie edge to “Sunny Day Strut”, and even a Stefan Grappelli feel to “Let’s Get Together Right Down Here” (both from ‘Burgers’). Although ‘First Pull Up…’ (June 1971) was their second album, cut live at the ‘Chateau Liberte’ club deep in the Santa Cruz mountains, it was their first focused product with light-touch boogying rag-time takes on Rev Gary Davis and Lightnin’ Hopkins. 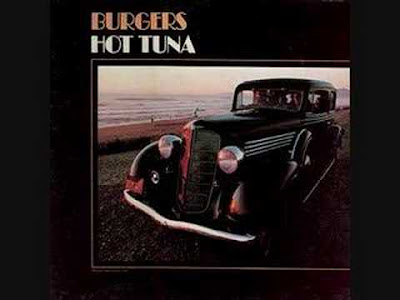 ‘Burgers’ from nine months later took them into the studio with a greater quota of originals, while customising “Keep On Truckin’”, and with the group’s occasionally weak vocals compensated for by David Crosby adding his voice to “Highway Song”. “Water” is another stand-out, a beautifully reflective instrumental in the classic sixties mould, pleasingly tuneful with tasty finger-picking. Collectively, the album took them closer to mainstream recognition. But is it any good? Normal critical rules seldom apply. It has very little to do with Rock, Pop – or even West Coast hippie. It’s eavesdropping on the participants’ own private party, with a few friends around who are similarly in on it, doing exactly what they want to do. Fairly bewildering and intimidating to a newbie, probably best left to devotees. Yet, over the years since, with personnel shifting around them, Hot Tuna continued both on the live circuit, and with regular albums, through until, virtually… now. 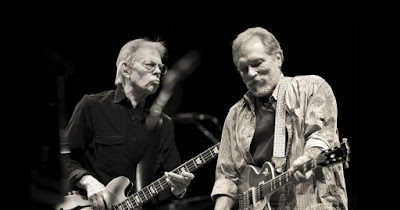 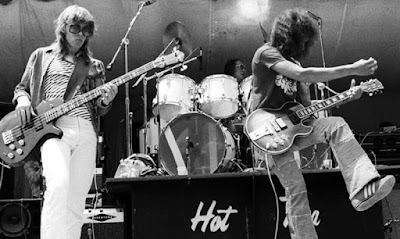 Posted by Andrew Darlington at 17:30