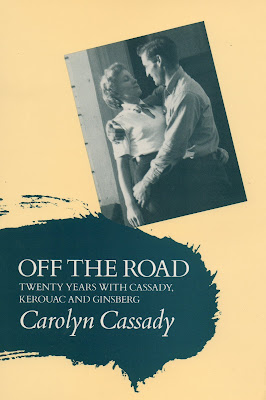 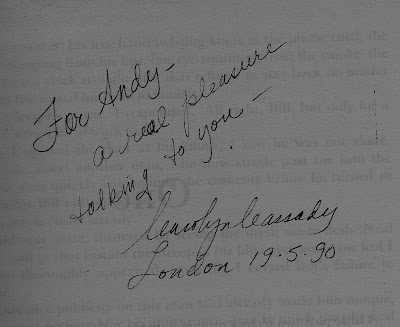 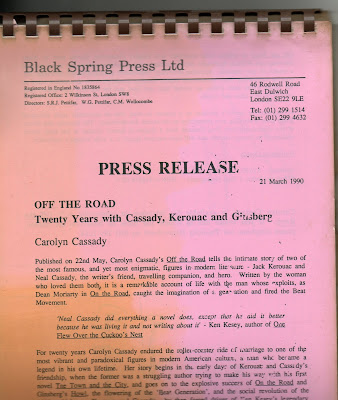 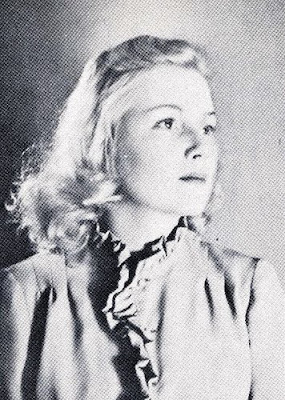 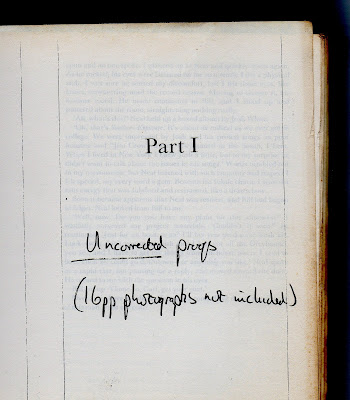 Jack Kerouac died 31 October 1969. A massive abdominal haemorrhage aggravated by alcohol and neglect. He survived Neal Cassady by just twenty months. Neal was found dead beside railroad tracks in San Miguel de Allende in Mexico 4 February 1968. A lethal cocktail of drugs thought to be responsible. In ‘Big Sur’ Jack wrote ‘at least you can write on his grave someday ‘HE LIVED. HE SWEATED’. No halfway house is Cody’s house.’
‘Neal’s father had been an alcoholic. So he wasn’t interested in alcohol. He was interested in marijuana, Benzedrine, and stuff like that, for the ‘highs’. I don’t think he foresaw what it would do. But a lot of that was for mental kicks. It was hard for him, because he was so brilliant, and there wasn’t any place to put it in that odd mind. So I think he felt that drugs were going to help bring him insight that he couldn’t be patient enough to go through himself. Neal was just tortured with guilt all his life because he couldn’t live up to his ideals. So to be glorified for the things he hated about himself was just awful. Poor guy. So in the end he just said ‘to hell with it. I won’t even play the game. I give up’, and he died while he was saying it. Because he was dead – as far as I could tell, when he went off with Ken Kesey’s Merry Pranksters. His life supports were removed. He was just trying to get killed as hard as he could. He just gave up trying. He’d worked so hard at self-improvement, spiritual growth, and all that. He was obsessed with it. And he failed and failed and failed. And he… gave up…’ Her voice so soft it hardly registers. ‘It was terrible. So I was hoping that we’d get maybe another little angle on it, and more understanding of Neal as a good man and not just a rowdy irresponsible playboy. I’ve tried to describe what was so impressive about him, the saintliness of him, but I just can’t. Ken Kesey gave up. It’s so obscure, but he gets closest to trying to explain what Neal’s effect was. Because he still had it, even when he was being an idiot and acting the complete clown. That charisma was still there. It affected everyone. It’s so hard to pin down in everyday terms. In the end, probably the only real love and security and sense of peace Neal ever had was with us. So it makes me feel good that maybe it makes up some for the HORROR of his early life. And I feel really good that we gave him that – with the kids and the home that was his. The home that he CHOSE to keep coming back to. His last words that I ever heard when he ‘phoned me from the border of Mexico were ‘I’m coming home…’
--- 0 ---
Carolyn has lived in London nearly ten years. ‘I keep wishing I didn’t have to think about it’ she smiles. She smiles a lot. ‘I’m so sick of the subject. Gosh, I was never very interested in all that degeneracy in the first place. I want to go to Plays and paint pictures and watch Movies and television, I want pleasant things and fun things. But every time there’s a new book or documentary or movie or something. I hear it coming…’
Before I go she hands me a pre-publication copy of ‘Off The Road’ in its saffron photo-spattered slip-cover. ‘Read the foot of page twenty-nine’ she urges.
They’re in Denver. And this is the way it begins. ‘At Jack’s suggestion, one evening Neal, Jack and I went to a tavern. There was a jukebox and a little space for dancing, and since Neal wouldn’t, Jack felt free to dance with me… Jack’s manner was tender without being suggestive, although he did betray some tension. As though he had read my thoughts, he said…’ The next line is missing. Printer’s error. Carolyn is laughing conspiratorially. ‘The line is there in the proof copies. Perhaps we should hold a competition? What DID Jack Kerouac say to me that night in Denver in 1947…?’
I check later with the spiral-bound review proof-copy.
The missing line.
Jack says to Carolyn ‘It’s too bad, but that’s how it is – Neal saw you first.’

POSTSCRIPT
After reading the above text Carolyn Cassady made certain suggested alterations, corrections, and re-interpretations. She writes – ‘if at all possible, there are some changes I would be ever so grateful if you could make. I know I nit-pick, but I’ve a few nerve-endings that have become raw, and anything I can do to soothe, I must try. Also make an effort to quash any mistaken rumours likely to sprout as has so often occurred. I’ll list my changes and objections for your information, and then leave ‘em to you to do whatever. I talk faster than I think, and I exaggerate a lot, so if taken verbatim… mea culpa. These spots were my fault from being so tired of telling the same old tale.’
Her points are as follows (her spellings and emphases):
(1) From the beginning: ‘Coming later to the flat…’ This even happened much later – on the day I was leaving for California – in a flat Neal and I had shared but I had abandoned the night before. This sounds as tho Allen, Neal and I cohabited, which we never did. Allen stayed awhile at my resident hotel room when he first arrived and before he found a place of his own. Then ‘…compulsively recurring pattern’ sounds as tho I frequently found Neal in bed with others!
(2) Neal and Diana married in New Jersey (Alan Harrington in attendance). She had sent Neal to Mexico to get a quickie divorce, but he spent the money on pot. Both of his other marriages were annulled – meaning null and void. He had only one WIFE.
(3) I really don’t ‘hate’ anything or anybody – here I go dramatising and exaggerating. Would it be possible to substitute ‘disagree’?
(4) ‘Heart Beat’ – two words. It amazes me so few people geddit! Barry’s idea with that title was ‘the heart of the beats’, see? The one word is meaningless.
(5) Bennington as ‘all my future problems’ was my parent’s diagnosis, not mine!
(6) All that about the men out roaring around and women waiting – I’ve tried to correct that very myth in my account. They only did that infrequently – Neal was home and working most of our time together.
(7) This about Jan really worries me. I have to say that her early life is hearsay or second-source, and I don’t think that should be spread by me in any case… I never know when a journalist will print what I say when I’m only trying to explain something to him. I’ll get blasted by both her mother and her, and I not only don’t need it, I want to stay on good terms, see? This also applies to the Ginsberg bit. Any chance you could delete ‘But yes – if he’s offended at all he can be just horrid. Yeuch. And very short and superior’. (I’ve told him, if he’s stop jumping to conclusions and TALK to me, these misunderstandings could be cleared up. Nope.) SO PLEASE, if you can cut these two gossipy parts which I have no right to broadcast.
I’ve been such a victim of this loose talk, I abhor the idea I perpetrate it, too.
(8) Back up a bit now: The ‘urinate out the window’ bit I run into all the time (example) I never said it as a fact but as a question to Neal. Yet over and over I’m quoted as telling it as truth.
(9) Jack and Neal never seen (by me) as twins! They were the opposites that attract. The rest of the paragraph bears this out, no? And ‘…to put it in that odd mind’ makes no sense, tho I probably said it, meaning there was no outlet for him to express his brilliant mind.
‘CAROLYN CASSADY: OFF THE ROAD’
Black Spring Press, 46 Rodwell Road, East Dulwich,
London SE22 9LE (Tel: 081-2991514)
(ISBN: 0-948238-05-4, 1990, £16.95)
republished by Penguin Books Ltd (4 July 1996)
ISBN-10: 014015390X
ISBN-13: 978-0140153903
Black Spring Press Ltd (12 July 2007)
ISBN-10: 9780948238376
ISBN-13: 978-0948238376
This Interview Published in:
'HOT PRESS'
‘MOODY STREET IRREEGULARS: A JACK KEROUAC MAGAZINE 24-26 (1991)’
Posted by Andrew Darlington at 11:28

It has been said that any bettor must watch this,

Watch this or quit placing bets on sports...