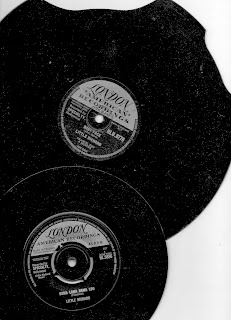 Looking straight up, you see the full Moon. Up through the immense grid of curving girders and glass of what used to be Manchester’s central rail terminus. And under this Moon of Love the station announcement is ‘ROCK ‘N’ ROLL IS HERE TO STAY…’. A ‘Piccadilly Radio’ MC rabble-rouser, ‘…IT WILL NEVER DIE!’ And – it’s a little paunchy, a bit unsteady on its feet perhaps, but he’s still not wrong.

‘I want you ALL to see that ahm STILL beautiful’ flirts Little Richard seductively, ‘and ah AIN’T conceited!’ Hell no. In 1955 Richard Penniman announced himself as the Atom Bomb. He’s sixty-years-old on Saturday (the 6th), and it’s still hard to tell whether Little Richard loves himself more than the audience loves him, or vice versa. With the stately grace of some dignified ritual he climbs atop the piano, lipstick-mauve jacket aglitter with cheap diamante – the spiders, lizards and geegaw stars that he hurls like crumbs from a banquet at the seething morass of pleading hands beneath him… but he needs some support from his sax-player to get down again.

Oh, Ma Soul! Balding Teds and Tedettes, Rockabilly Rebels with Confederate flags tattooed into their denims, ‘T’-shirts remembering the ‘Skegness Rock ‘n’ Roll Festival’ or yellow Sun Records from Nashville, there’s enough grease here to fuel McDonalds into the next millennium. But – chomping popcorn and hotdogs, slurping Coke, if this is a gathering of an endangered species, it’s in rude good health. I’ve seen yesterday, and it’s working its arse off. 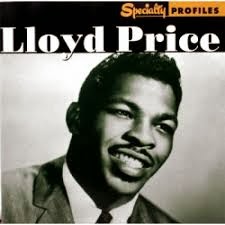 Remember what the 1950’s sounded like? It sounded like this! From 7pm sharp through to midnight it’s an overblown overdose of nostalgia sweeter than a diabetics urine. New Orleans-born Lloyd Price, the dapper ‘Mr Personality’ cranks up the jukebox compilation of hits with “Stagger Lee”, from a cold start to gas-mark seven. A straight American no.2 in May 1959 his “Personality” ran into UK opposition from an opportunistic cover by unlikely Pop Star Anthony Newley, yet still scored a respectable no.9 (11th July 1959) a few chart places beneath Newley’s version. Around the time I should have been swotting for my 11+, I was listening to ‘Saturday Club’, BBC Light Programme’s premier Pop show, hoping that svelte DJ Brian Matthew would favour the Price original on his play-list. Tonight, it’d be worth the ticket-Price to see him alone. 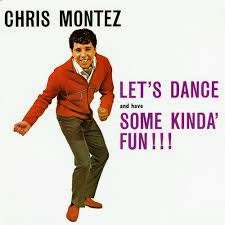 The Hispanic-chic of Chris Montez takes it higher by hurling himself into the aisles and jiving with every hep chicklet he can grab. “Let’s Dance” is the kind of title that just can’t fail. David Bowie did one. Lady Gaga did another. Chris Montez did it first, and it’s a jumping gem of a 45rpm. A walloping rhythm like it’s being beaten out on an old packing case, and a squeaky-cheap organ sound that anticipates both Doug Sahm and ? & The Mysterians. The ‘oom-pah-pah’ patronage of high-flying Big Bopper netted Johnny Preston the first of three hits in 1960, for which he’s profusely grateful, but even the soft-core teen-corn of “Cradle Of Love” finds its audience tonight. Then the rather inappropriately-named ‘Little’ Eva, shimmering in lurex, gets the evening’s first ovation and does “Locomotion” twice, with the mob on its feet as if it’s their national anthem.

Bobby Vee was the pretty-boy of fragile pubescent dreams who benefitted from some of Goffin-and-King’s most lushly-upholstered love songs, with which he (allegedly) out-sold Elvis in 1961. But he started his career standing-in for Buddy Holly, went on to cut a credible Holly tribute LP with the Crickets (‘Bobby Vee Meets The Crickets’, Liberty 1962), and here maintains that connection with a storming and deservedly well-received “Someday”. Similarly Duane Eddy might have one of the era’s most instantly recognisable sounds, but his thick ribs of twang scarcely tax his not-inconsiderable guitar skills, so he insinuates a searing twelve-bar “3:30 Blues”, then serves up “Peter Gunn” via its 1986 Art Of Noise arrangement. Keyboardist Larry Knechtel’s shock-headed machine-gun explosions come at absurdly startling angles to the evening’s basking retro vibe. 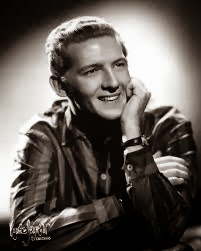 Then Jerry Lee Lewis is jet-lagged, flu-wracked and fuming. Arriving at the airport just two short hours before setting foot on stage, and furious to find the ‘Georgia Peach’ billed higher than the ‘Killer’ in the press ads, he razors his set down to its bare bones. Fronting a simple four-piece group he condescends to none of Mr Penniman’s dry-ice, break-dancers, lighting effects, big band or theatrics. Strolling nonchalantly into the spots, his back to the audience as if he’s doing a sound-check, he strikes up a casual conversation with his guitarist. Then, in a powder-blue roll-neck that paunches just above his black strides, he slouches in behind a neat Yamaha electric piano, for a set biased towards his 1970’s Country come-back. And as raggedly great as “Middle-Aged Crazy”, “Rockin’ My Life Away” and “She Still Comes Around” are, it’s not really what the hep-cats have come to dig this night. Hank Williams’ “You Win Again” is a torchy heartbreak of cracked romance that smoulders like slow napalm, but a maudlin drag through Presley’s “Blue Christmas” is plain cranky. This is where the Bop that won’t stop almost does! He hauls back with a jumping “Sweet Little Sixteen”, slamming from one song into the next allowing no space for applause or comment. This is the Killer NOT speaking… apart from a brief nod at ChuckleBerry as ‘probably the best lyric writer in Rock ‘n’ Roll’ (only PROBABLY?). Then it’s “Great Balls Of Fire”/“Whole Lotta Skakin’ Goin’ On” compressed into one, words fused together in a thirty-year meltdown of repetition into a single long phonetic scramble. There’s a perfunctory kicking-away of the piano stool, and a derisory arse-on-keyboard moment – and he’s gone. 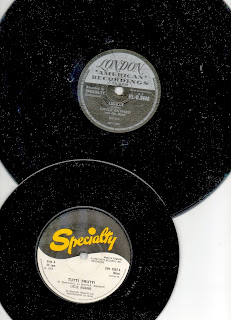 Storming on stage to find his piano unmiked Little Richard coyly adlibs ‘someone done stole mah pay-ano. Was it you-oo Jerry Lee?’ And he’s exquisite, milking every moment, soaking up adoration, Rocking like a man of fifty-nine has no right to. “Bony Moronie” is followed by “Rock ‘n’ Roll Music”, then a spine-chilling “Send Me Some Lovin’”, and the shattering keyboard intro to “Good Golly Miss Molly”… after which he stops dead. ‘You like that, don’t you? You REALLY like that don’t you’ he coos, hanging on expectations, ‘then I’ll do it again’ – and he does! Awopbopaloobop! Alopbamboom! Bamalama Bamaloo! Nonsense rhymes. A hidden code. Over the following decades, Rock would produce more poetic lyricists. But Little Richard said everything that really needs to be said. The boy can’t help it. Of course, the sniffy hi-brow critics were correct. It was a de-sophistication. It was a reversion to more primitive forms. What they couldn’t understand, what we intuitively, inarticulately knew, was that this was ground zero, level one, of a new music that would dominate the second-half of the century, and our lives.

To me, as a white adolescent with a bad acne problem and relationship issues, Little Richard reached out across the Atlantic, seized me by the balls, squeezed, and my life was never the same afterwards. I had the big heavy black-&-silver London-American label 78rpm disc of his “Baby Face” – with a brittle chunk bitten out of the outer grooves, so I could only drop the stylus into the saxophone mid-point break, and catch the last verse. But I played it obsessively over and over again. Hearing Little Richard was the closest I’ve ever come to a religious experience, he is the closest thing to God I ever got. Not only the Quasar of Rock, but the camp Particle Accelerator of Pomp too. If this night is show-stealing then it’s in the Brink’s-MAT grand larceny league in which he loots the concession stands and mugs the usherette on the way out too, just for good measure.

At the exit, Mr Penniman’s god-squad of immaculately-suited Born-Again’s distribute free ‘Find The Lord’ volumes with a signed photo of Little Richard tucked within as inducement. I bin the book in the subway at the earliest opportunity, but hang onto the photo. That’s all the spiritual uplift I need under THIS Moon of love. 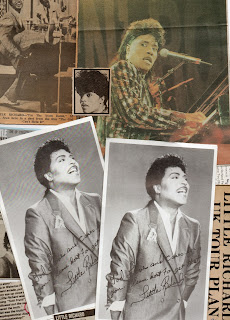 Posted by Andrew Darlington at 18:48