as originally reviewed by
ANDREW DARLINGTON 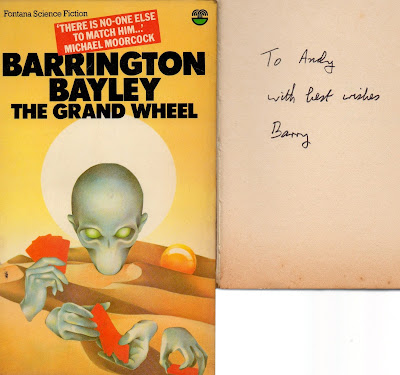 Through every dribble of Abstract Expressionist paint and every unplanned sound-combination set up by a Cage or a Stockhausen the West has gradually, grudgingly, come to terms with the basic assumptions of Arbitrary Selection. Has come to accept that – from the initial biological lottery of one-in-120 million possible sperm connections – randomness, to a far greater degree than rational minds like to admit, is a factor in determining lives and cultures.

Barrington J Bayley once wrote a short story called “The Ship That Sailed The Ocean Of Space” (‘Science Fiction Adventures’ no.26, May 1962). The title, quite literally, describing a ‘ship’ existing in some other unexplained dimension – only its keel extending down into the unfathomable abyss of what we understand as our universe. Randomness, argues Bayley’s novel, works in a similar way. That which is known, understandable and predictable sailing like a wafer-thin ship on the vastness of non-causation and irrationality – ‘the gulf of pure randomness that underlies all of existence.’ It may be possible to harness arbitrary factors through the ‘I-Ching’, the Tarot, Kabala, or the roulette table, but it’s another matter entirely to understand or give meaning to its essential vagaries.

This typically intriguing hypothesis is used to underpin ‘The Grand Wheel’, a slim novel in which Bayley’s ideas are conveyed rapidly through a compulsive plot-mix of action. Cheyne Scarne is a gambler down on his luck, washed up on Io, moon of Jupiter. He becomes an agent, addicted to a personalised narcotic to ensure his loyalty, and finds himself caught up in three major areas of conflict. There’s a split dividing the human-colonised worlds between the inflexible ‘Legitimacy’ and the Mafioso ‘Grand Wheel’, the Legitimacy’s war against the conquering alien Hadranics, and the Grand Wheel’s attempts to enter a Galactic gaming syndicate by gambling off half the human race. Developments – and outcomes, are unpredictable.

Some of the outlined plot elements may sound familiar – Philip K Dick’s ‘The Game-Players Of Titan’ (1963) previously used the cosmic gamble angle, but such superficial similarities seldom survive Bayley’s rigorous exploration of his themes, taking the logistics of galactic wagers into areas that Dick’s protagonists would hardly recognise. A mathematical formula defining luck, for example, is limited by laws of conservation! (as in Bayley’s ‘PF Woods’ story “Reactionary”, in ‘New Worlds’ no.149, April 1965).

Although it sometimes seems that the principles of arbitrary selection govern book-buying habits, the positive reception given to Bayley’s ‘Soul Of The Robot’ (1974) and ‘The Garments Of Caean’ (1976) would seem to indicate the favourable exercise of conscious choice. Readers who enjoyed those novels will know that Barrington J Bayley is probably the most stimulating writer currently working in the Science Fiction genre. Luck doesn’t figure in that particular equation. 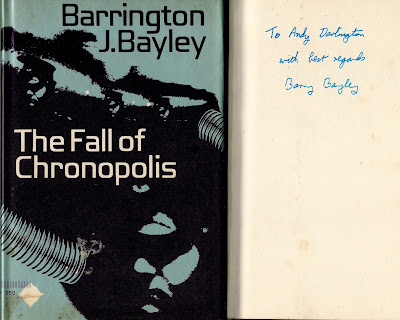 
Both Isaac Asimov’s ‘The End Of Eternity’ (1955) and Poul Anderson’s ‘The Corridors Of Time’ (1966) feature rival factions of time-tripping antagonists redrawing past and future history in mutual attempts at grand-slamming each other. All good knockabout entertainment guaranteed to last a train journey without intruding too much into the reader’s thought-processes. With this novel, Bayley’s second foray into the mires of temporal conundrum, he kicks the ideas-quotient into metaphysical overdrive. Unlike Anderson or Asimov who skim or politely ignore the paradoxes inherent in time-travel, Bayley delights in its potential complexity, piling concept on concept into a staggering theoretical pyramid which views time, like recording tape, regularly overdubbed, looped, spliced, phased, edited, or wiped clean.

There is, for example, a man who abducts a future self for a homosexual relationship, dreading the moment when inevitably the incident must be repeated, and a ‘third self’ will re-enact the capture – with unique inferences of jealousy or troilism! While the old chestnut of a man travelling back in time to shoot a former self in a bizarrely convoluted suicide, is complicated by the motive of nullifying the invention of time-travel itself. These are concepts shot full of contradictions, as symmetrically absurd as the Zen Koan. The nearest parallel that comes to mind is Alfred Bester’s “The Men Who Murdered Mohammed” (‘The Magazine Of Fantasy And Science Fiction’, October 1958) in which the protagonist backtracks in time to massacre the major figures of history, and yet finds history unchanged, posing the residual question of whether individuals shape events or events produce individuals.

For Bayley, neither answer is sufficient. Real-time events occur in random sequence, snaring and discarding individuals without rational motive or reason. And there’s no escape from its illogic, for consciousness is constantly recycled through the same life-time, an idea Bayley first propounded in a short story in my own ‘Ludd’s Mill’ arts magazine. 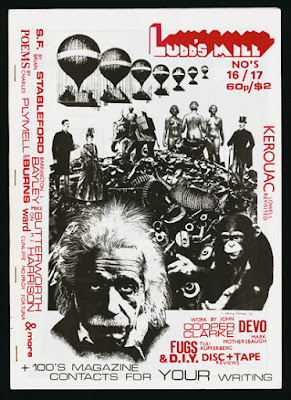 So, to specifics, although it’s difficult to know where – or when, to start. ‘Time is composed of a wave structure’ writes Bayley, ‘the nodes of the wave travel at intervals of approximately one-hundred-and-seventy years.’ The empire of Chronopolis spans seven such nodes which form ‘the seven continents or provinces of the empire, while the intervening periods comprise a series of hinterlands.’ The nodes are connected by regular commercial time-liners and by mercantile exchange. Prior to the empire lies the ‘stop barrier’ predating the evolution of technology, which futurewards lies the enemy Hegemonics who raid the empire, disrupting its history. Vast timeships of both empires patrol the Strat – the temporal substratum of potential unrealised time, like warring spaceships in some garish Space Opera. Bayley not only formulating the principles of the time-drives powering such craft – accelerating pi-mesons faster than light, but also outlining the effects of ‘speed’ through time in the physical altering of proportions.

Captain Mond Aton of the Time Fleet is trapped into a rapid burst of events, falsely convicted of cowardice, propelled into the far future on a retaliatory raid against the Hegemonics, then into the past to the very invention of time-travel itself, and finally unprotected into the insane vortex of the Strat. While there’s a web of secondary characters and subplots going on around him – the difficulties encountered by a Detective Agency searching for the stolen body of a princess, with the shifting contrails of time ensuring that clues are consistently occluded or rendered non-existent, the Byzantine complexity of the incestuously time-interbred Ixian royal family – rulers of the Chronotic Empire, the religion based around San Hevatar – the alleged discoverer of time-travel, and a Cthulhu lookalike called Hulmu – a six-dimensional multi-tentacled nasty sunk in the depths of the Strat, attempting the destabilise reality through a subculture of sadistic disciples.

Barrington J Bayley treats Science Fiction as a conceptual game. To the reader who merely wants good knockabout entertainment it may appear that Bayley occasionally gets bored with the tedious necessity of plot continuity, and therefore hurries passages – to more speedily reach the next unfolding section of ideas – although this trait is perhaps less apparent here than in some of his earlier, transitional tales. And if the Nietzschean climax of personal energy-play seems something of a cop-out, it could just be that expectations were accelerated unnaturally high by the mind-stretching proportions of the novel’s mid-section.

A previous ‘Vector’ review – by Brian Stableford, proclaimed the appearance of Bayley’s work through Allison and Busby ‘a publishing event of major importance.’ I’m not about to disagree. 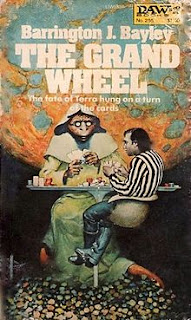 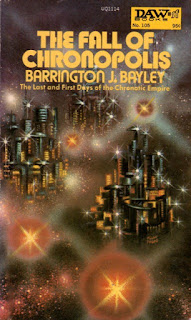 Posted by Andrew Darlington at 13:50

Trying to find the Best Dating Site? Create an account and find your perfect match.

As a Professional Tarot Reader and Psychic Empath - I am able to assist you, RIGHT NOW, regarding the crucial happiness of your TRUE heart. And the first words I wish to say to you are:

FIND OUT How You Can Master Your Habits And Reprogram The Subconscious Mind To Get Any Result You Want In Your Personal Development and Success!

Get professional trading signals sent to your mobile phone daily.

Start following our signals today and gain up to 270% per day.