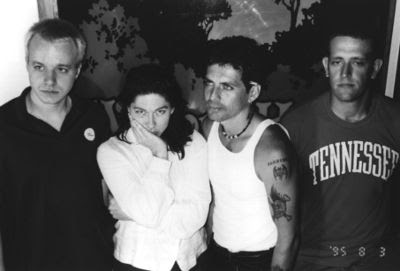 ‘Flaming Star’ (1960) is a Western with Elvis Presley as a half-breed half-Kiowa. Called Pacer. The film was directed by Don Siegel, the man responsible for the original ‘Invasion Of The Body Snatchers’ (1956). ‘Pacer’… what ELSE could this album title mean?

The irresistible rise and rise of the Breeders got itself interrupted by Kelly Deal’s narcotic complications. So sister Kim masquerades as Tammy Ampersand in this supposedly temporary dalliance – with fellow ex-Breeder Jim MacPherson (drums), Nate Farley (lead) and Luis Lerma (bass). They record what sound to be first drafts for a planned Breeders third album at various locations including the ‘Totally Wired’ studios in Dublin. And it’s an inspired demented bliss. A noise as hard as walking around inside someone else’s migraine and as dirty-repulsive as licking a pit-bull’s eyeball. With arrogant ease Kim Deal nonchalantly shucks off riffs and hooks lesser bands would kill for.

She’s been a Pixie. And a Breeder. But ‘Pacer’ has all the raw spontaneous production roughness of a bunch of rude demo’s. 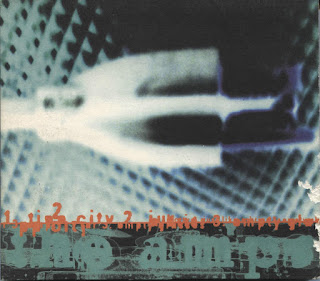 Warning: ‘Pacer’ contains explicit passages of audial sex, sonic violence and guitars doing beautifully horrible things to each other. Vital signs begin as early as the title-track which is fanged and rabid and is set to remorseless Mo Tucker-style drumming so primitive it hurts. Then there’s the single “Tipp City” which sounds like the sperm of the devil and already rates as a compulsive classic hereabouts. But ‘watch your ass, life is moving fast’ warns “I Am Decided” – and that’s just for openers. Later there’s “Hoverin’”, a delicious mess of Hendrix-fuzzy echoes, and “Breaking The Split-Screen Barrier”, ponderously deranged, disintegrating into ludicrously enjoyable looped noise. But wherever you listen – “Mom’s Drunk”, “Full-On Idle”, there’s no duds. ‘Pacer’ – at just thirty-three-minutes duration, may be a brief twelve-tracker, but it’s solid gem-studded crud.

Whatever the title means. 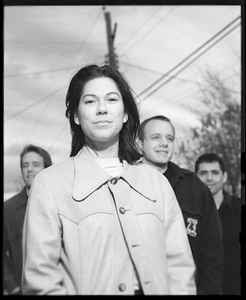 Posted by Andrew Darlington at 13:46