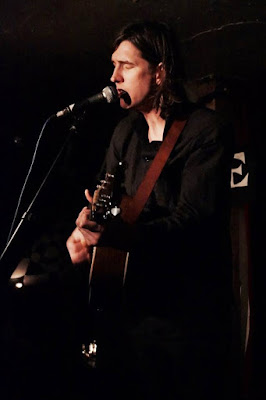 JOE WILKES:
BACK ON THIS FRONTLINE

What is the Japanese for ‘All Shook Up’?

The piano intro to “Ironstone Sky” has a stately classicism, scattering the kind of Bob Seger wide-open skies little white-note keyboard figures. The sound of the cosmos may be loud, the water may appear tranquil, but sometimes that’s all you need. You ask where all the poets and short-story fictioneers have gone? Don’t worry, they’re here. Joe has an infectious way with four chords and a vocal hook. Across eleven new tracks and forty-five minutes playing time, his groove settles in resonant diversity through a range of themes, essentially upbeat despite occasional moments of existential angst. ‘We used to look at children’s smiles, now we just talk about paedophiles’ is the wry quality of line no amount of creative writing courses could ever come up with.

Following three strong defining albums – ‘Spotlight’ (2006), ‘Here On This Frontline’ (2009) and ‘Looking For The Grave of Garcia Lorca’ (2012), Coventry-born troubadour Joe mangled his left hand, the injury disabling him from finger-picking guitar. So instead, he found an old mould-damp piano and taught himself how to play that, while getting recuperative physio and surgery. Part-recorded in Paris and London, then dubbed demo-style in his rainy south London flat on mostly borrowed instruments, this is an uncluttered album that’s beautifully sparse, careening around alternating dextrous guitar figures and piano. While the lyrics bark and bite.

The actual ‘Japanese Elvis’ does his thing in “After The Sorrow Has Passed”, a fractured warm embrace of a romance-narrative with only the facts replaced… even when he rhymes ‘city’ with ‘pretty’. The urgent classical gas of “Down In The Alley” is snatched from a ‘Boy In The Bubble’ news-feed, direct from the frontline, armed with a scheme and the element of surprise, yet retaining a sense of mystery. Then, for the stand-out “If The Angels Don’t Welcome You They Can Go To Hell” fake skinny writers masquerade with rhymes that would make god jealous. Into an Americana-style duet with Charlotte Something – of Madonnatron, which tells both sides of the tale about “Sleeping On The Floor”, taking a verse dialogue each, building their shared break-up history. 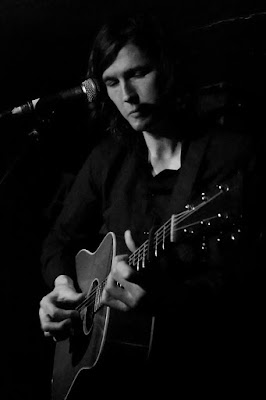 So many lines to quote. ‘Je suis Charlie Manson’ occurs in a drive-by attack in a burnt-out car, “We Believe In Nothing” – ‘I wanna kill the President, and I wanna kill the Queen, the war with North Korea is gonna be the best one we’ve ever seen.’ Joe as the guitar merchant feeding subversive misfit glimpses of what it takes to survive in a fake-news world, delivered with the kind of melodic attitude that wears Kerouac’s battered leather jacket and sees the world through a lip-curled chewing gum sneer. But there’s more to come. Closing track “The High Life” is an intricately-wrought ‘a star is born’ short movie, thoughtfully fashioned, meticulously punctuated, with a narrative that carries you along its flow. Taking a taste – maybe, of nights at the Peckham ‘Easy Come’ acoustic club, he meets her one night when he’s the singer who ‘sat upon the performer’s stool’ playing to a drunken audience that talks through his songs. But when she comes out to take her spot, they listen well. The two of them gel, and work together, until they get signed. She has a voice like heaven. They say he wasn’t too bad. Forward to now, while he’s still scuffing, and he catches a glimpse of her on TV ‘one part memory, one part dream’.

All shook up? You will be. There’s blood on these tracks. On any normal planet ‘Japanese Elvis’ would be a landmark album. 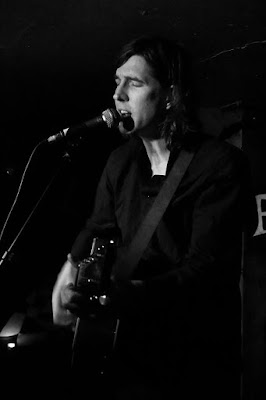 Posted by Andrew Darlington at 18:40