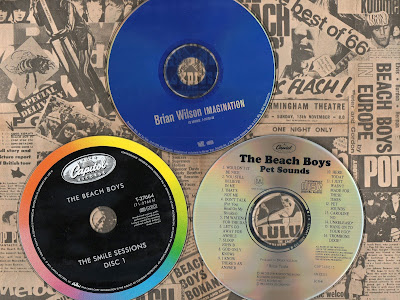 Take the boy from the beach, you can’t take the beach away from the Beach-Boy. For Brian Wilson, since the last truly epic material, it’s been an Endless sandbox Summer of chemical weirdness, lawyers, psychiatrists, and all those oh-so-near re-unions and partial come-backs. But ‘Imagination’ is proof positive that the Mozart of harmony is still (largely) intact and capable of delivering genius. He now deliberately allows a self-conscious haunting of earlier glories to echo in ‘I take a trip through the past/ when summer’s way out of reach...’ But he’s less concerned with the close-editing smart-aleky trickery of the great lost ‘Smile’ sessions, and more into the lush life-enhancing sweep of ‘Pet Sounds’. There’s that familiar Spectoresque textural depth of chimes, muted woodwind, descending bass and horns on the album’s first single, “Your Imagination”, then an all-you-can-eat feast of sinuous harmonies lubricated by delectable ripples of falsetto on “She Says That She Needs Me”. Into the immaculate orchestration of the 4:56-minute “Cry”, and the confidently good-timey “South America” (‘out of this world/ without travelling in space’) which seems like a nudging answer to the Beach-Boys post-Brian American no.1 “Kokomo”. If so, it’s a triumph too.

But autobiographical glimpses are slight. There are brief allusions to ‘emotional rescue’ from pain that ‘not even my wife’ could reach in the deceptive darknesses of “Happy Days”, an otherwise upbeat made-it-through-the-storm album finale. Instead, Brian seems reconciled to ‘let the paparazzi flash/ let the tabloids scream,/ I’ve been around too long/ to care what anyone says’. But that lack of confessionals is largely down to him working through lyric collaborators, calling in Van Dyke Parks for the perceptive ‘sunny down snuffs’ of old, and now the likes of Carol (“Groovy Kind Of Love”) Bayer-Sager. It’s Brian’s role to shape direction and impose tensions. St Charles Illinois, where these eleven tracks were meticulously crafted, is a long way from Californian Sun ‘n’ Surf. But every vocal sound is Brian’s – up to ninety-six multi-layered tracks, exactly the way he constructed that wealth of Beach-Boys hits. While for litmus comparison he includes new takes on two old songs, “Keep An Eye On Summer”, and the don’t-go-with-him, go-with-me teen-romance of “Let Him Run Wild” (B-side of “California Girls”) which, if they’re not exactly radical re-workings, and if his voice is not quite as pristine pure as it was, still show he’s capable of doing it. And they slot seamlessly into the newer material. If forced to choose without prior knowledge, you’d never pick ‘em out. He sings ‘another bucket of sand/ another wave at the pier...’ And suddenly, Surf’s Up, uh-huh. 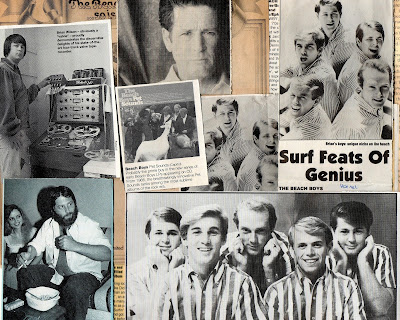 Posted by Andrew Darlington at 14:20

Invest in Ripple on eToro the World's #1 Social Trading Network.

Join millions who have already found smarter methods for investing in Ripple.