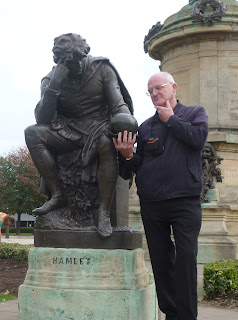 SHAKESPEARE NEVER
MEANT SHIT TO ME

‘Elvis was a hero to most,
but he never meant shit to me’
– Chuck D

when Elvis recites ‘someone said the world’s a stage’
that’s sacred black vinyl back then, not this Bard,
not this Shakespeare dude, I only found that out later,
and yes, when I think Mark Anthony, it’s Sid James
his face as crumpled as an old leather glove
ogling sweetly naked bath-time Amanda Barrie,
the only Cleopatra I can ever truly love,
in the infamy of poetry that carries on forever,
Shakespeare might be a hero to most
but he never meant shit to me,
Forbidden Planet’s got Robby the Robot
who pisses booze from a chest cavity, battles
invisible monsters on Altair’s 4th planet and watches
Altaira, coy by the swimming-hole in that short tunic,
after that, I got no time for Prospero and Caliban,
it’s me that got thrashed for giggling at comicbooks
at the back of the English class when we’re
supposed to be lit-critiquing Merchants of Venice,
still feeling the pain when we get to Verona
where the tour-guide shows us this balcony,
I mean, that Bard never left creaky old England
how can they say this is the one in his rom-com
where those doomy teen-twink kids get it on?
next we’re in Stratford and I’m expecting thatch,
I mean, you’d expect thatch at the very least,
but they got Costa and they got Dominoes,
and a statue down by the lake where
bored pigeons crap and peck at pizza,
and the stage is bare, I’m standing there
with emptiness all around, thinking
Shakespeare might be a hero to most
but he never meant shit to me… 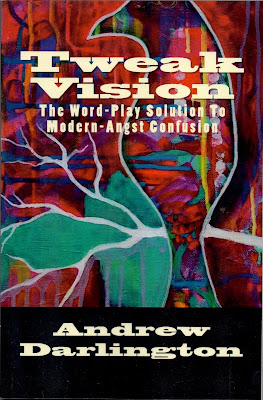 Posted by Andrew Darlington at 19:56