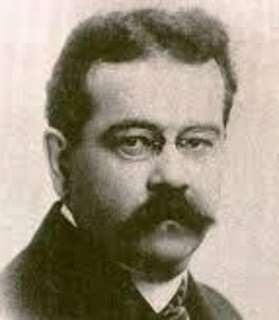 POLITICS OF
THE IMAGINATION


In 1951 John Wyndham wrote a short story referring to ‘a fellow called Fort who was the arch collector of the improbable’. Jimmy, his character from “Pawley’s Peepholes” (‘Science Fantasy’ no.3) ‘revered this Fort as the savant of the era’. Other, less generous writers, have called that same Fort a crank. Or the World’s first UFO-ologist. Damon Knight calls him ‘The Prophet of the Unexplained’, while to Frederick Clouser he is the ‘Apostle of the Impossible’. Nevertheless, Wyndham’s Jimmy explains, ‘...this Fort guy’s method was to labour mightily with scissors and paste, present the resulting collation, and leave it to a largely indifferent world to judge whether nearly everybody wasn’t wrong about most everything.’ Colin Bennet, and John Keel who contributes a well-informed Foreword, are far from indifferent about that legacy, and are more than convinced that Fort was onto something.

In fact the real-life Charles Hoy Fort (1874 to 1932), after a failed attempt at writing novels, spent twenty-six years – the best part of half his lifetime researching and cut-and-pasting odd stories from newspapers, technical magazines and specialist journals from the N.Y. Public Library to the British Museum. He amassed some 40,000 clippings in the process, divided into 1,300 sections written in pencil on minute scraps of paper in a stenographic language of his own invention. An archive documenting such meteorological, astronomical, human and animal phenomena as lost planets, Flat-Earthism, lights in the sky, spontaneous human combustion, coloured rain, falls of frogs, teleportation, sea serpents, vanishing ships, vanishing people, poltergeists and much much more (just as the ‘Fortean Times’ continues to do today - in his name). From this huge miscellanea Fort compiled just four data-crammed books of apparently unrelated yet obsessively-documented ideas – ‘The Book Of The Damned’ (1919), ‘New Lands’ (1923), ‘Lo’ (1931), and his take on ESP-potential in ‘Wild Talent’ (1932), each of them largely arranged in a Ripley’s ‘Believe It Or Not’-style. 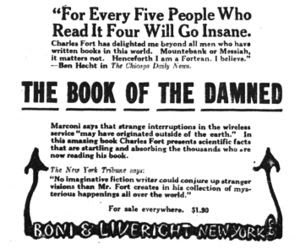 But to Colin Bennett, in his authoritative overview, the iconoclastic Charles Fort is more than just an endearing and occasionally provocative eccentric. He’s a virtual Hacker subverting the global edifice of the scientific consensus. He’s a man boldly margin-walking the periphery of the known, gnawing at the interface into inexplicable otherness, opening up the ‘cracks and fissures in the mundane world’. He’s an ‘Anti-Scientist’, even though Fort himself thought of his mission as primarily attacking the dogmatisation of the ‘Scientific Priestcraft’ – ‘scientific absolutism’, rather than science itself. And - oddly, this book offers more analysis, and draws more conclusions about our bland assumptions about the nature of reality and the limits of knowing than Fort ever did. ‘Science’ – it accuses, ‘is as much about active concealment as discovery’. It is a form of ‘imagination control’. Whereas Fort’s extreme scepticism consciensciously led to him doubting even his own conclusions.

To me it seems obvious that the logical analytical scientific process has taken us higher and further in two short centuries than the irrational-superstitious intuitive-religious impulses took us over the previous dark ten thousand. We live longer and healthier, travel faster, use neural cyber-systems that interconnect the planet into a single electro-organism – produce books like this one. All this, through science, allied to technology. But science is procedure based on methodical investigation, tested through meticulous replication, developed, modified or rejected through the accumulation of additional evidence. It is not a faith. Sure, the ‘disinterested objectivity’ of science is compromised by – and subject to, market interests, corporate investment, military-industrial sponsorship – a tool of globalisation and probable instigator of eco-catastrophe, while rigidly enforcing its own orthodoxy against inconveniently non-conforming ideas. But to reject it is to deny our species’ greatest adventure.

This book points out that ‘Fort warns us that the idea of ‘fact’ itself is a late and rather callow arrival on the historical scene’, and that ‘the factual is a limiting psychological device’. And if science’s theoretical edge occasionally seems to be advancing into the ‘Alice In Wonderland’ conundrums of Black Hole physical, the Heisenberg dance of sub-atomic particles, and the post Big-Bang nano-seconds of Super-String theory where all reason appears to break down into quantum absurdity – well, perhaps there are limits. As the moralist warns the Movie ‘Mad Scientist’, there may well be areas where science can’t go. Perhaps, despite the best applications of research-and-development we’ll never accelerate Captain Kirk-style beyond light speed? Or find a cure for HIV. Or perhaps we will. That’s what’s cool about science too. It offers us the potential to evolve. What Byrd Roger McGuinn derides as this ‘scientific delirium madness’ has got us this far. That’s no small achievement.

Meanwhile, Charles Fort’s ‘Lo’ got itself experimentally serialised in eight parts - from April to November 1934 in John W. Campbell Jrn’s ‘Astounding Stories’. From there the ideas were swiftly assimilated and creatively pilfered by Sci-Fi writers – Damon Knight, Edmond Hamilton, Eric Frank Russell’s ‘Sinister Barrier’ (drawing on Fort’s ‘we are property’ idea of Earth as an ‘asylum-world’ for galactic delinquents)... and at least one John Wyndham short story. Unfortunately it also became first-base for more commercially astute wilful absurdists such as Erich Von Daniken and an entire flotilla of New Age Mystics, phoney mediums and neon anti-rationalist Life-Style Gurus. Colin Bennet’s valuable and well-written book performs the vital service of rescuing what is worthy about Charles Fort, circumventing all that nonsense-accumulation, and taking it all back to its origins for reappraisal. So that we are free to question science. Point out its contradictions. Its inadequacies. The nagging ‘X-Filed’ inconsistencies that don’t quite fit and are consequently airbrushed out. But then… but then, just perhaps they should be part of science too, and investigated through scientific processes? But even if John Wyndham’s ‘arch-collector of the improbable’ only makes us ‘realise that despite the protestations of science and all commonsense, we still in a world of incredible magic,’ that’s still a perception well worth making. 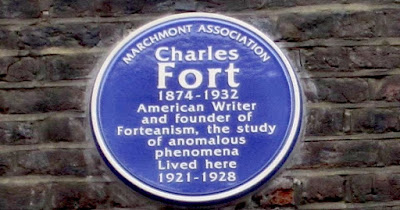 Posted by Andrew Darlington at 16:21