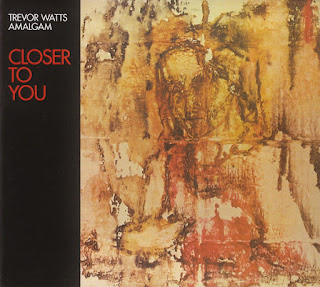 
At first glance co-producer Keith Beal’s dripping dribbling cover-art is a messy colourful abstraction, until, the more you look, the more it assumes human form and expression. Amalgam is a similar concoction. Alto-man Trevor Watts was a vital ingredient in free-jazz Spontaneous Music Ensemble, collectively exploring the outer limits of improvisation with drummer John Stevens. Long-time ‘Melody Maker’ favourites, the various line-ups of his more-accessible side-project, Amalgam, also produced a series of fine albums, led by ‘Prayer For Peace’ in 1969. By the time of this 1978 set, originally issued on cult Ogun label (OG 528), they’d pared down to a power-trio. From the dizzying blizzard that Trevor’s staccato sax soars and dances across the sharp attacking jazz-fusion rhythm interactions of bassist Colin McKenzie and Liam Genockey’s precise drum-pulse on opener “De Dublin Ting”, into the slower more considered three-way conversation “South Of Nowhere”, before nodding to Roland Kirk on the full eerie 19:37-minute original vinyl second side. Although abstract in its compressed flaring fold-ins, overlapping telepathic trick-trips, internal squiggles and wrangling dynamics, repeated plays reveal its intensely human form and expression. Now, the four original track playing-time is near-doubled by a wealth of archive bonus cuts. 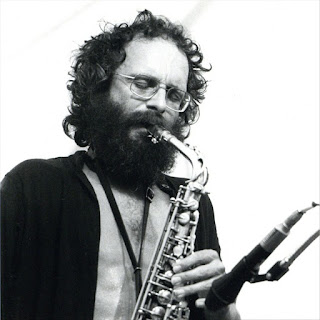 Posted by Andrew Darlington at 21:00