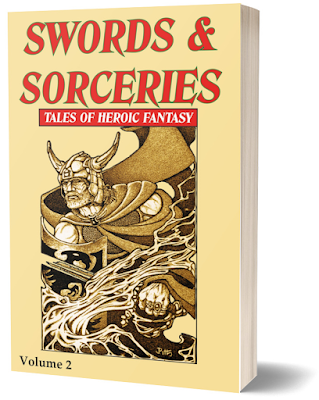 Book Review of:
‘SWORDS AND SORCERIES Vol.2:
TALES OF HEROIC FANTASY’
presented by DAVID A RILEY & JIM PITTS
(June 2021, Parallel Universe Publications
ISBN 978-19161109-8-4, 266 pp)
www.paralleluniversepublications.blogspot.com
‘We call a story Swords & Sorcery when it is an action tale,
derived from the traditions of the pulp magazine adventure story,
set in a land, age or world of the author’s invention – a milieu
in which magic actually works and the gods are real – a story,
moreover, which pits a stalwart warrior in direct conflict with
the forces of supernatural evil’ – Lin Carter (1973) 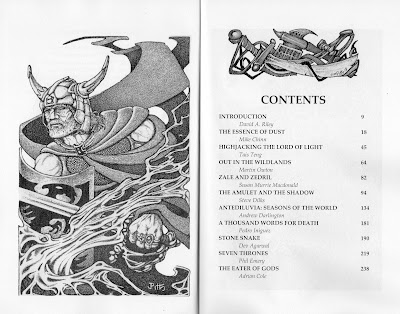 Two moons. A wild and desolate landscape. A swordsman with an over-fondness for wine. Mike Chinn opens this evocative collection with some traditional elements, a sinister female mystic with a feline familiar, and gaunt fortress with supernatural secrets. In his 1987 study of fantastic sagas – ‘Wizards And Wild Romance’, Michael Moorcock observes that ‘epic fantasy can offer a world of metaphor in which to explore the rich, hidden territories deep within us.’ Not sure if that applies to “The Essence Of Dust”, but Mike Chinn’s tale does open out into the potential multiverse realms of the Internection where time and space melts into contradiction.
Fantasy has deep story-telling roots that go all the way back to earliest human legends, myth-making and folk-tales of voyages into demon-haunted strangeness. It assumed a separate ‘Swords and Sorcery’ identity, different and distinct, around the time doomed Texan Robert E Howard unleashed the mighty-thewed Conan the Cimmerian for 1930s Pulp ‘Weird Tales’ editions, leading into Fritz Leiber who not only coined the term as a variant on the cheaply-produced Gladiatorial Sword-&-Sandals epic historical movies, but also spun the intriguing Fafhrd & The Gray Mouser tales. Clark Ashton Smith contributes ornate and elaborate fantasia of ‘The Empire Of The Necromancers’ in far-future Zothique, and L Sprague de Camp began anthologizing what he calls ‘a class of stories laid, not in the world as it is or was or will be, but as it ought to have been to make a good story.’ Until Moorcock’s brooding albino Elric of Melniboné adds his existential strife through the pages of ‘Science Fantasy’ magazine, all the wild way through to Sláine of ‘2000AD’ adventuring through warp-spasmed versions of Celtic myth in vivid art panels. 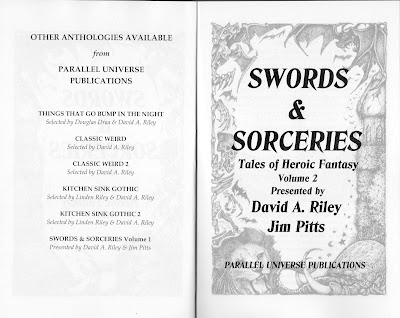 Although it has elements of Science Fiction, Swords & Sorcery is not bound by physical laws, and embraces all manner of outré magic alongside the generic brand of symbolic elusiveness that Moorcock’s essay identifies. Although beware magical elements, for they also have their own logics, and their trickster rules. As such, it’s a wide field for fictional invention. But, lest it descend into a leaden cliché of repetition, all genres and subgenres must evolve if that vitality is to remain. This new original anthology series from Parallel Universe Publications springs a host of new angles from a range of familiar and less-than familiar names, mixing in regulation heroic fantasy ingredients through the perception of a new generation of tale-spinners. Tais Teng – a Dutch SF writer and illustrator, uses an ‘inland sea’ that stretches from Jorsaleem to Baghdad as a location for twisting historical religions into new configurations, with skilled thief Esme Shadowkind, Shakan the Fleet and Hethor of Samarkand scheming to rewrite sacred text ‘Book Of Ormazd’ in a way that alters the world itself, using a bronze flying horse and a file of the prophet Zoroaster’s blood. Dev Agarwal’s “Stone Snake” uses a grimoire – not a ‘grey mare’, to liberate an entombed giantess in order to halt the evil resurgence of Dagon’s minions from an oceanic time before the human era. 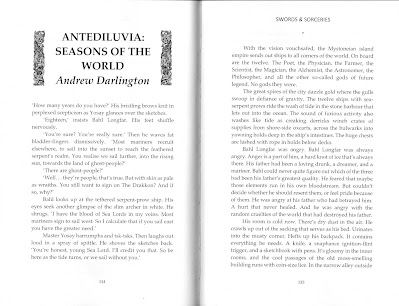 Also within pseudo-historical times there are ventures transgressing the secure boundaries of the Roman Empire into the barbarian horrors beyond in Martin Owton’s “Out In The Wildlands”, in a foray that such writers as Rosemary Sutcliff might initially have conjectured, albeit without the fiery demon confrontation. While Susan Murrie Macdonald – one of only three writers who also graces the first volume of this ongoing series, entrances with her Market storyteller regaling the beguilement of Azalea Swordmaid with her demon-born half-brother battling corpse-eating ghouls in the Cinader cemetery.
Phil Emery’s “Seven Thrones” also succeeds because of the deceptive simplicity of its structure, a series of gladiatorial contests fought to the death by swordsman Zain and poet Kazen, for the decadent amusement of unseen watchers. ‘Magic, even dark magic, is somewhat akin to poetry.’ And it is, ‘the cadences of a blade, the flow of a quill.’
Yet Steve Dilks’ sticks to what Jason Hardy terms ‘well-written Old School heroic fantasy in the Howard vein’ (on the ‘Echoes Of Valhalla’ website). His “The Amulet And The Shadow” displays all the genre’s timeless ingredients, the medieval assault-towers of the Lomantian Empire that batter the gates of Jadira could just as easily be the siege-engines of Troy or the Idylls of Arthurian legend, with outlaw slave Terach of Amrythia, who escapes through a visitation of eldritch sorcery and blasphemous enchantment in order to exact bloody revenge, only to discover an eternity of dark damnation in the denouement. Swords & Sorcery does not concern itself with social evolution. As an egalitarian in a democratic age, one wonders why the fictional need for a monarch? Must that always be a human cultural constant, if not King must it be Sovereign, Potentate, Tsar or Jeddak? Does its presence answer some Jungian archetype for natural hierarchy deep in the gut of the psych? If there is ever to be a New Wave of Swords & Sorcery it must surely deal with these regressive issues.
Can a genre based in such antique precepts reinvent itself in new ways? There are powerful indications here that it can. Earlier formative collections such as L Sprague De Camp’s ‘Swords & Sorcery’ (Pyramid Books, 1963), and the entrancing Donald A Wolheim-edited ‘Swordsmen In The Sky’ (Ace Books, 1964) gathered exploits from the pages of antique magazines, while Lin Carter’s ‘Flashing Swords’ series (originally Granada Publishing, 1973) took things forward with new tales by established writers, Fritz Leiber, Jack Vance, John Jakes and Michael Moorcock. David A Riley’s intention seems to be to straddle the extremes, retaining the best of the old with new inputs and novel concepts. Such as the magical realism of Pedro Iniguez, the bagful of dreams that lap in around the images of his “A Thousand Words For Death”.
Adrian Cole’s “The Eater Of Gods” strikes the right balance, his new ‘Voidal’ story touches all the essential genre bases, yet breathes new energies into the format with devious thieves Bluug and Hurranok employing all the humorous conman guile of Jack Vance’s Cugel as they bluster their way through the mountain city Yamazantra into the presence of the living god Cadavarion Celestes.
To admit a vested interest, my own contribution to the anthology – “Antediluvia: Seasons Of The World”, draws on the wonderful Leigh Brackett, a troubadour Donovan Leitch poem, Atlantis and current evolutionary theory concerning an interglacial era in which at least three proto-human species interact as they share the world.
Liberally illustrated by Jim Pitts distinctive illustrations, Conan might describe this anthology as ‘By Crom, it’s good!’ 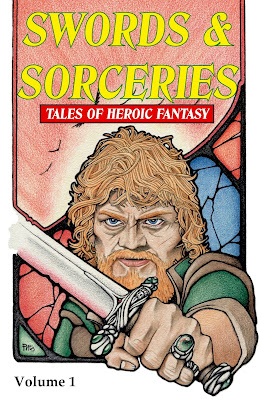 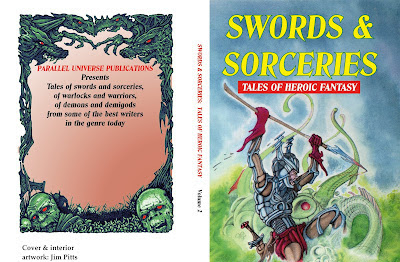 Posted by Andrew Darlington at 18:52

hi,
best job search engines
A freelance recruitment portal for field engineers and IT technicians especially, this is a prime example of doing a niche job board right. Upload your resume and the site starts showing listings suited specifically to your skills, making your search even easier. Job alerts keep you updated on bids so you can negotiate during the application process, too. The site also serves as a communication and payment center between employers, making it a versatile tool for professional freelancers

Almost every person in the world must hear the name of Amazon, as it is renowned for its exceptional e-commerce services. As more and more people are using Amazon more frequently this period, amazon also comes up with remarkable offers and coupons codes for its prime customers so that they can get the maximum benefits while shopping from the Amazon website.
amazon.com/code
amazon.com/code

If you like watching movies, shows, videos, etc., Netflix is the best option for you because from here you can watch movies or shows that you have missed any time while playing online, as many times as you want. No restriction can be placed on them. Now more than 69 million users are using the Free Netflix Account Generator In 2021.

This is the right article information for anybody who wishes to find out about this niche content. You know so much its almost hard to argue with you and, You definitely put a fresh spin on a subject that has been discussed for years. Great stuff, just wonderful! Thank you so much sharing your ideas here. keep sharing. microprocessor assignment help - assignment help chicago - uml assignment help - agriculture assignment help